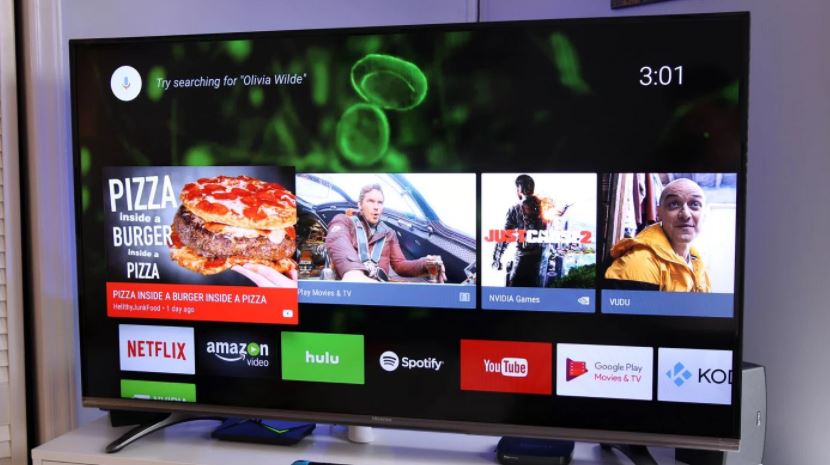 Android TV is more and more present on connected televisions, we offer you a selection through this buying guide compatible with the 4K definition. Several manufacturers offer their screens such as Xiaomi, TCL, Philips and Sony. We have a relatively solid and interesting proposition on the market for all price ranges, so let’s get right to the heart of the matter without further ado. 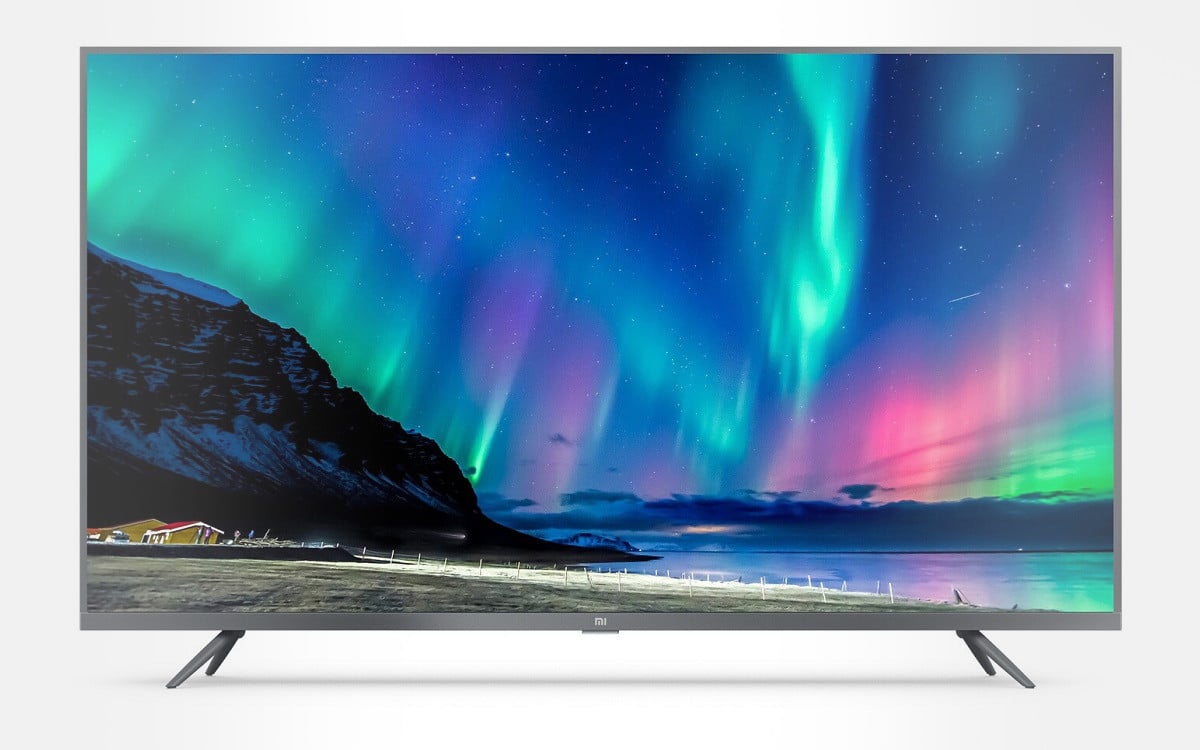 This TV is also “Smart” since it runs under the system. Android TV in version 9.0. There are also dual-band Wi-Fi wireless technologies, Bluetooth 5.0. The connectivity part is not left out with: 3 HDMI ports (HDMI 2.0, including 1 ARC port) and 2 USB ports (2.0), 1 headphone jack, 1 digital audio output (optical) as well as a storage drive. ” 8 GB capacity, one Ethernet port (RJ45) and one Common Interface Plus (CI +) slot.

On the audio side, the TV is equipped with a 10W dual speaker configuration and supports DTS-HD and Dolby Audio, giving you a truly immersive sound experience. Its remote control has a built-in microphone allowing you to use Google’s voice assistant for remote voice control.

We continue with TLC, which offers the 70BP600 70 ″ model. A reference that will suit people who have space in their living room given the size of the diagonal. Connected, this television obviously runs on Android TV. It supports the voice assistant via Google Home and also embeds an Internet browser.

For the rest, it is equipped with Wi-Fi, Bluetooth, DLNA v.1.5. Finally, concerning the connectivity part, this Android TV offers 3 HDMI ports, 2 USB 2.0 ports, a digital audio output (optical), a headphone jack and a LAN input. It is found around 650 euros. A very good price then. 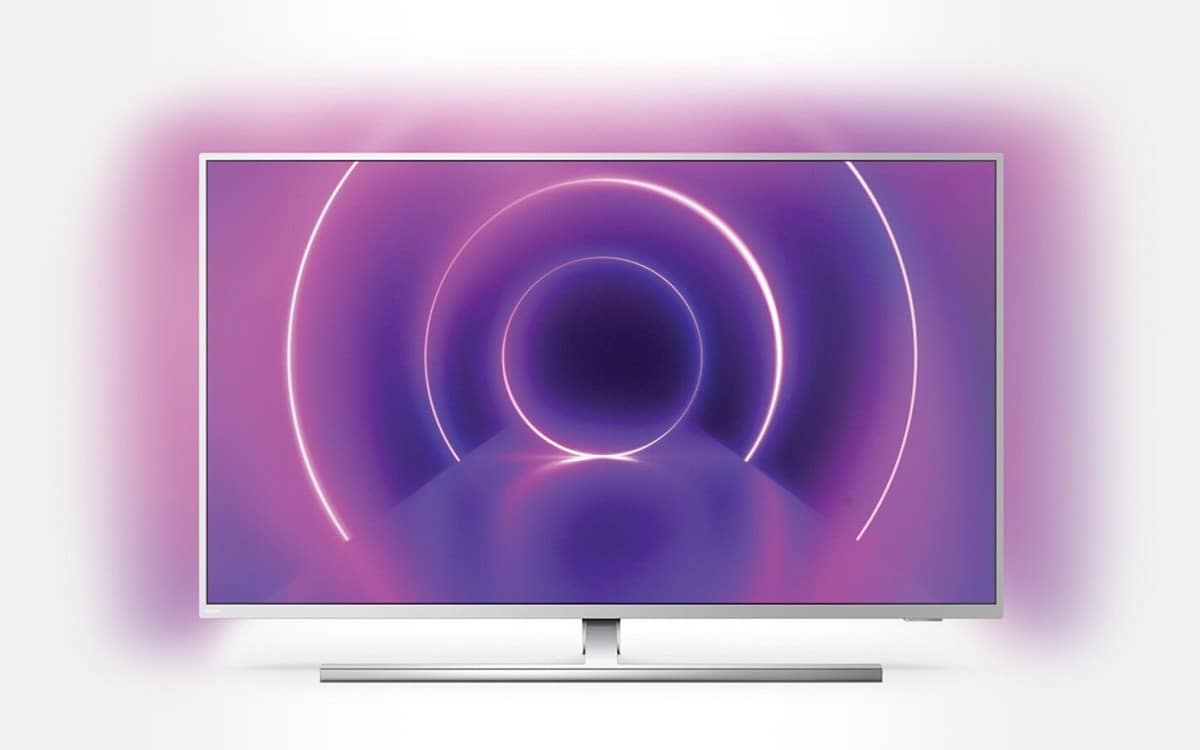 We continue with a television set from the manufacturer Philips. The 50PUS8545 model has 4 HDMI ports (HDMI 2.0 with ARC port) and 2 USB ports (2.0) in addition to an Ethernet port. Wireless options include dual-band Wi-Fi, as well as Bluetooth 4.2 for wireless connection to speakers, headphones, or other devices, such as game controllers, mice, and Smart TV keyboards.

Compatible Dolby Vision and Dolby Atmos, it runs on Android TV and offers clear and intuitive interface allows you to enjoy your favorite content. Finally, thanks to the Philips Ambilight function, movies and games are more immersive, music enjoys real light and sound, and the screen appears larger.

Smart LEDs around the TV project the screen colors onto the walls and into the room in real time. You get perfectly matched mood lighting. One more reason to love your TV. 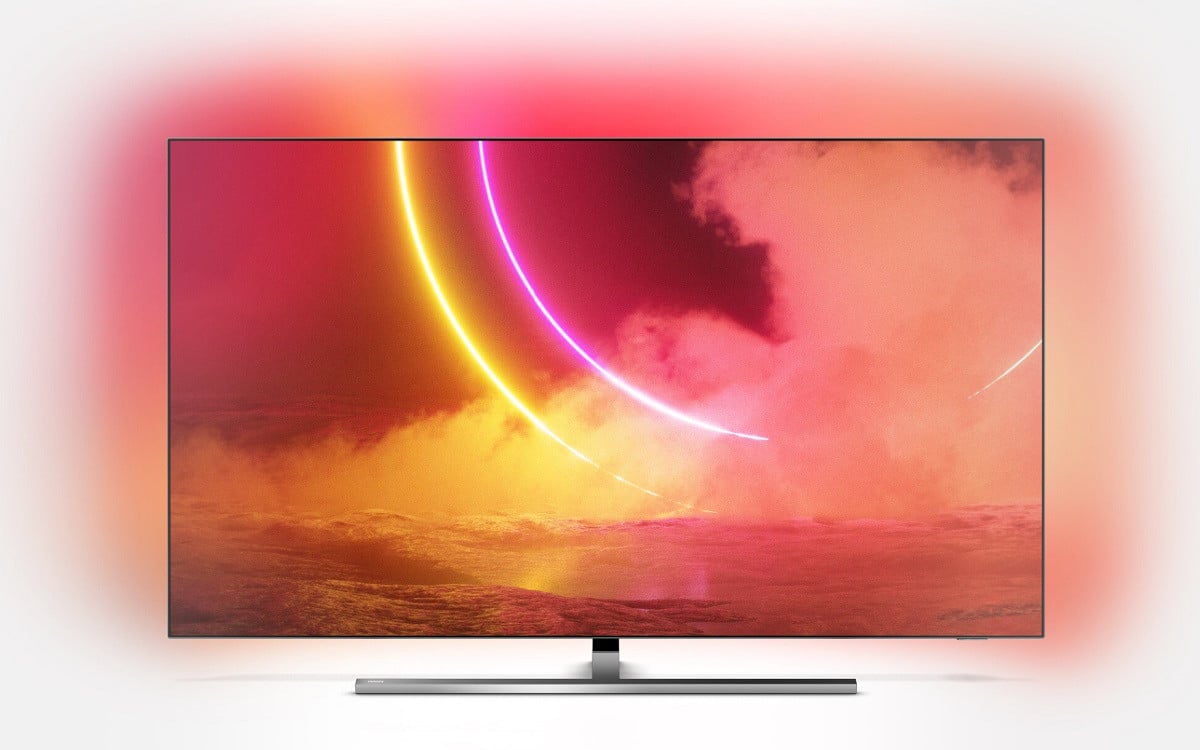 Another Philips model, this time top of the range. The Philips 55OLED855 television, as its name suggests, has an OLED panel with a diagonal of 139 cm 10 bits and 4K definition of 3840 x 2160 pixels. It also embeds Philips’ own Ambilight 3 (3-channel) technology which allows the colors of the image displayed in the background to be displayed on the wall of your living room.

This 100Hz panel with 5700 index (Picture Performance Index) and special processing: HDR (HDR10, HDR10 +, HDR HLG, Dolby Vision) is also suitable for video games. There is also a TNT Satellite and Cable Tuner. Connected, this Smart TV runs on Android TV, embeds SimplyShare and a recorder with Timeshift but also Wi-Fi and Bluetooth. Google and Alexa voice assistants are also in the game. On the connector side, we have: 4 x HDMI, 2 x USB, Ethernet, 1 x headphones, 1 x SPDIF. 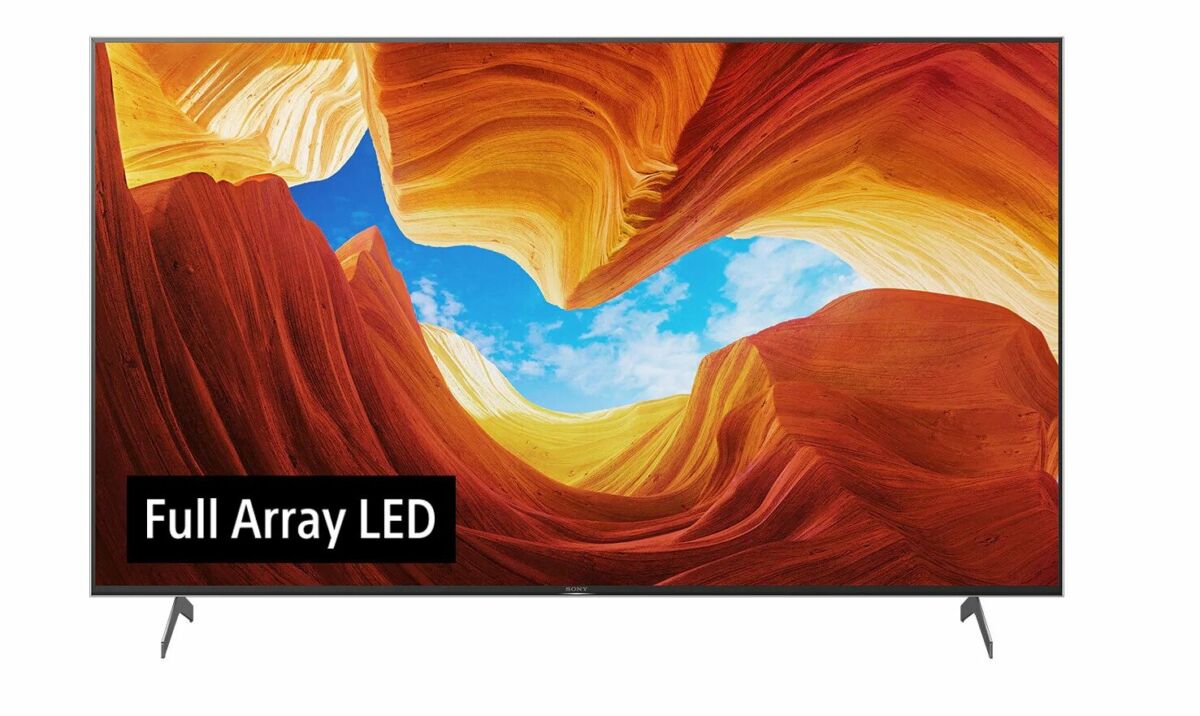 We continue with a television offering excellent value for money. The Sony XH90. This model will be perfect for people who are looking for a TV certified “Ready for PlayStation 5”. This TV brings enhanced features to the user experience on PS5 in addition to 4K at 120 frames per second. This is of course a very good option also for new generation Xboxes. Note that this model has a single HDMI 2.1 port.

The VA Triluminos panel backlit by Full Array Local Dimming offers a spectacular image. Dolby Vision compatible, it obviously manages the functions of Variable Refresh Rate and Auto Low Latency Mode. 55, 65, 75 or 85 inches, the choice is yours. This model also runs on Android TV, of course, and is therefore logically part of our selection. 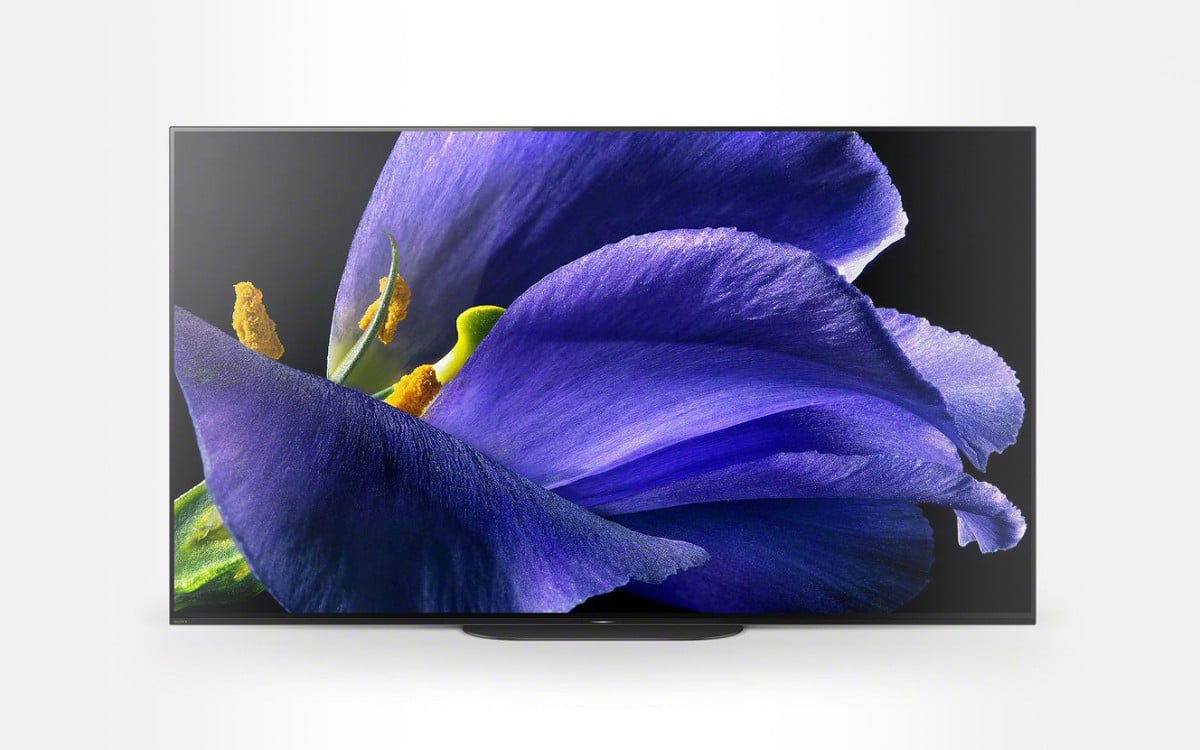 Your TV becomes the central voice of your home cinema installation. – Netflix calibrated mode. It is also a relevant choice for people who would like to enjoy games on PS5 and Xbox Series X consoles.

🤔What is Android TV?

Google offers Android TV, an operating system based on Android which has the particularity of being adapted to our televisions. Apart from the interface that was worked on for the occasion, the applications from the Play Store are shown to be fully functional for television use.

Android TV should gradually disappear to make room for its successor, Google TV, the new interface dedicated to televisions. More fluid, clearer and more centralized, the Google TV interface makes it possible to bring together all the content on a single page.

TCL is a Chinese manufacturer which made its debut in the 80s and markets its products in more than 160 countries around the globe, it is the 3rd largest seller of televisions in the world. Almost all models in the TLC range are equipped with Android TV.

Philips, also offered on some of these Android TV models. Some of them also embed Ambilight technology which relies on multiple LEDs scattered on the back part to reflect on the back.

A halo of light that adapts to the content we are watching is then formed to immerse us further in your film or series. We also have top of the line with OLED TVs which give the picture quality an extra boost. The experience of Android TV is still a cut above on this type of screen to be sure.

Finally, for those who have an unlimited budget or almost, there are very expensive televisions on the side of home Sony, but also affordable models like the XH90. The manufacturer offers LED TVs but also premium models with OLED.

🤷‍♂️What alternatives to TVs that don’t have Android TV?

You may have noticed it when reading the buying guide, Samsung and LG are completely absent while their smartphones are based on Android. One can feel a certain form of disappointment to see them deserting Android TV like this, which brings an excellent experience to the TV.

It is good to note that if the television that you already have is more than enough for you, but that you regret not having the OS in the green robot, it is always possible to turn to a box integrating Android TV.

Our other buying guides on the TV universe

To accompany your Android TV and to team up your living room as it should be, do not hesitate to take a quick tour of these buying guides which also surround the world of image and sound.