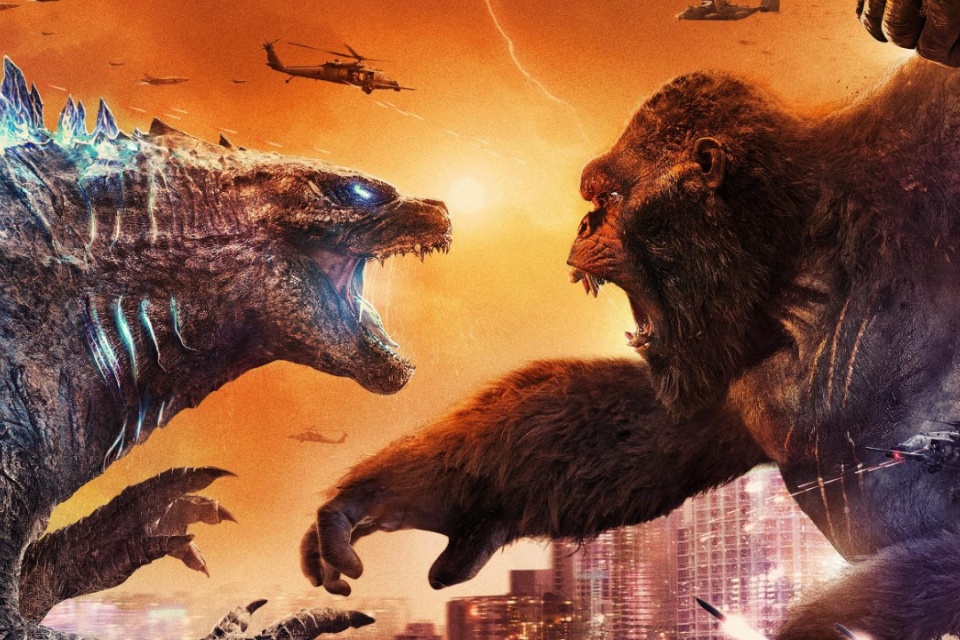 The year is almost halfway through and many good works have already been released when it comes to cinema! Want to know what are the best 2021 movies so far? See our list (no specific order) and check out some of the best titles of this first semester!

In a New York Neighborhood

How about starting the list with releases full of representativeness? The film is an adaptation of the Broadway musical and is directed by the multitalented Lin-Manuel Miranda — famous for Hamilton, another great Broadway feat that made its way to streaming services and has been an absolute success ever since.

In the Heights it talks about belonging and the need to fight for your dreams even when the odds don’t seem to be on your side. And the best part: all this with lots of music to accompany!

Ever since the trailer for Pixar’s new movie, we already knew something good was coming, but the movie managed to exceed expectations, no matter how high they were.

The work is one of the most recent releases of 2021 and, for sure, it is already among the best of the year. A sensitive work about friendship and acceptance in an innovative way that only Pixar can do. Is the Oscar for Best Animation coming?

Judas and the Black Messiah

Starring LaKeith Standfield and Daniel Kaluuya, who has already won an Academy Award for Best Supporting Actor, the drama inspired by a true story is one of the movies to watch as soon as possible.

In addition to great acting, the film is also important to learn more about the Black Panthers movement in the United States and their performance, which took place in the 1960s and 1970s, the period in which the film takes place.

blockbuster is an English term used to define high-budget movies, and this is the perfect title to exemplify this genre. Spending approximately 160 million dollars to show the clash between the two biggest monsters (literally!) in cinema, the achievement was one of the most anticipated releases of 2021 and a memorable work after its debut.

Since the success of Parasite at Oscar 2020, the eyes of movie fans turned considerably to productions from the Asian continent. Happily, Minari it is an audiovisual milestone that has not gone unnoticed.

The family drama is, without a doubt, one of the best films of 2021 for combining talented cast, flawless soundtrack and breathtaking filming techniques. Minari was nominated for an Oscar in six categories and came out with a statuette for Yu-jung Youn for Best Supporting Actress.

There is no way to talk about movies released in 2021 without mentioning the work starring Emma Stone, which brings to the big screen the story of one of Disney’s greatest villains. With many twists and memorable looks, Cruella it’s a fun adaptation to watch from beginning to end.

Works that talk about Alzheimer’s are often painful because they show the perspective of a person whose memory is deteriorating. In the film starring Anthony Hopkins, this level is further raised by the role of the protagonist, who was recognized with the Oscar for Best Actor in 2021.

The release also features Olivia Colman in the cast to make it even more impactful.

Looking for a movie release with a twist that will shock any viewer? The film, centered on two middle-aged women who are traveling and enjoying life, is perfect for those who like productions in the style of Agatha Christie, also known as the “queen of crime”.

Want to find out why? watch Barb and Star go to Vista Del Mar right now!

Pressured to earn money, Danielle lands a sugar daddy and ends up facing several embarrassing situations as different parts of her life, including the one she tries to keep secret, start to collide.

A work with a comedy style that leaves us reflecting after a while, perfect for fans of Fleabag.

Starring Bob Odenkirk, famous for his role as Saul Goodman in breaking bad and Better Call Saul, the production brings to the big screens a middle-aged father who goes out on the streets in search of revenge.

It’s a different and fun story because it’s so action-packed.

Raya and the Last Dragon

Luca it couldn’t be the only animation on our list, after all, Raya’s story is too good to be left out. With Asian protagonism, we see the protagonist’s struggle to fix the mistakes made in her past while fighting powerful enemies and constant self-demand.

For those looking for a sensitive and fun work about ancestry, hope and friendships that arise from unlikely situations, Raya and the Last Dragon it’s one of the best movies to watch.

The long-awaited sequel, which was delayed more than a year due to a pandemic due to the new coronavirus, raised expectations even further and delivered a spectacular movie. Despite being horror-centered, the work also displays several layers focused on the relationship between a mother and her children.

It is a feature film that follows the quality of the first film and is recognized as one of the best films of 2021.

With Indian representation, Ramin Bahrani’s film talks about the injustices of an oppressive political system that centers power only in the hands of specific people and leaves an entire population hostage. A work about frustrated dreams and the need to fight for what is rightfully yours.

If the first half of the year has already brought us so many good works, imagine what is still to come! We are expecting the high standard to be maintained until the end of 2021.