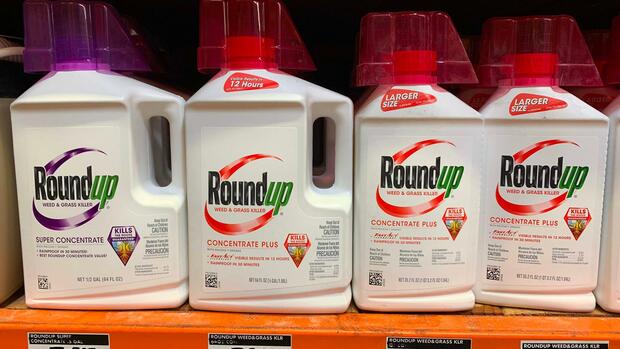 Düsseldorf / New York Bayer AG is facing a billion dollar comparison with the glyphosate claimants in the United States. The Handelsblatt learned this from the circles of the negotiating partners and the company.

Afterwards, an agreement is ready for signature, which the Leverkusen-based group’s supervisory board still has to discuss and vote on. This should take place in the coming days, as the circles say. The announcement is planned for this week. Bayer did not want to comment on this on request.

The amount of the comparison is said to be the most recently reported sum of eight to ten billion dollars. Two billion dollars of this is considered a “reserve” with which Bayer can settle the claims of future plaintiffs.

The rest settle all of the lawsuits pending in the United States from users of the controversial weed killer who blame Roundup for the cancer for their cancer. The number was more than 50,000 recently.

This brings to an end the discussions that have been ongoing since late summer 2019 on an out-of-court settlement in the glyphosate case. The last time they pulled in was because of the corona pandemic. In addition, not all major plaintiffs’ law firms in the United States initially agreed to the agreement.

But that is obviously the case, because according to the circles it is a nationwide agreement. The comparison sum is within the expectations of most analysts. Many of them believe that even with such an expensive comparison, Bayer shares could get a boost.

Fears that Bayer’s solution to the glyphosate case could possibly cost $ 20 billion would then be a thing of the past. The wave of lawsuits has weighed heavily on the group’s share price for almost two years.

With the deal, Bayer could finally conclude a tiresome and expensive chapter that began with the Monsanto acquisition two years ago. With the $ 63 billion purchase, the Germans had also captured the entire legal risks of the controversial seed company.

Bayer cannot get away with the argument in court

At the time of the takeover in June 2018, there had been comparatively few lawsuits from cancer-ill Americans against Monsanto. In the dispute with the plaintiffs’ attorneys that then began, Bayer initially relied on a tough defense strategy in court.

It was based on the ratings of the regulatory authorities in the USA, Europe and Asia, which consider glyphosate to be safe and see no evidence of cancer risk from the weed killer. But Bayer did not get through to the juries in three trials between August 2018 and May 2019.

The review of the jury judgments by the courts in the first instance did not fail after Bayer’s presentation. The judges lowered the horrendously high amounts of damages – in the third trial, the jury wanted Bayer to pay two billion dollars to the two plaintiffs. However, they did not shake the fundamental judgment that glyphosate had a significant cause for the cancers. After three clearly lost lawsuits, it became clear that Bayer was unsuccessful in the first instance with the scientifically based argument in court.

In early summer 2019, Bayer changed its strategy and engaged in discussions with the plaintiffs’ lawyers about an out-of-court settlement. Attracted by the judgments for damages in the tens of millions per case, the number of lawsuits had already risen to more than 18,000.

Bayer’s turn did not come voluntarily. For one thing, investors like the US hedge fund Elliott put pressure on them. On the other hand, a judge from San Francisco used the experienced mediator Kenneth Feinberg in May 2019 to mediate between the tens of thousands of plaintiffs and the Monsanto buyer Bayer.

The US legal expert has been mediating between Bayer and the plaintiffs’ lawyers since late summer 2019.

In the past, Feinberg had, among other things, already led the mediation for the compensation of the 9/11 victims and also mediated in the VW exhaust scandal. In principle, there was agreement on both sides: Bayer wanted to get rid of the issue and come out of the negative headlines.

The plaintiffs’ lawyers, in turn, were not interested in endless litigation because it is expensive and time-consuming. You know – just like Bayer – that in the end there is usually a settlement for product liability claims in US law. But it is not easy to find.

The roundup negotiations were complicated and lengthy, also because the two sides had to agree on numerous categories for the different compensation.

The amount of compensation now paid depends on the severity of the illness as well as whether someone has only used Roundup in their front yard or as a landscape gardener in an urban park. The amount awarded to the various plaintiffs can range from a few thousand dollars to several million.

In parallel to the settlement negotiations, Bayer had continued the lawsuits that were already ongoing in the next instance. It was only in early June that the appeal process for the first round-up process, in which the seriously ill cancer-keeper Dewayne Johnson had sued.

In the first instance, a jury in August 2018 ordered Bayer to pay damages plus additional fines of $ 289 million, which the court later reduced to $ 79 million.

Prevent a new wave of lawsuits

The appeal process is primarily about the amount of the damages and not the question of guilt. This is also because jury verdicts on guilt are very important in the American judicial system. Bayer, on the other hand, hopes that the appellate judges will pass a judgment in the interest of the group.

But the first hearing in the appeal in early June was not a great success for the Leverkusen. Her lawyer David Axelrad had argued that Monsanto did not have to warn of cancer consequences because the US Environmental Protection Agency and other regulatory agencies around the world had rated Roundup as safe.

One of the judges, however, referred to the studies submitted by the plaintiffs, which suggested a statistically relevant connection between lymph gland cancer and glyphosate. “The regulators seem to be clearly on one side. But there is plenty of evidence for the other, ”said the judge at the conference call.

It is unclear whether the first signals from the appointment process influenced the parallel comparative interviews. It had already become apparent that Bayer was looking for a solution to the glyphosate cause before summer.

CEO Werner Baumann had emphasized several times that Bayer only accepts an agreement that is economically justifiable and sufficiently conclusive for the group – which can thus prevent another wave of lawsuits. Such a solution now seems to have been found.

More: Bayer does not have to warn of alleged glyphosate risks in California.