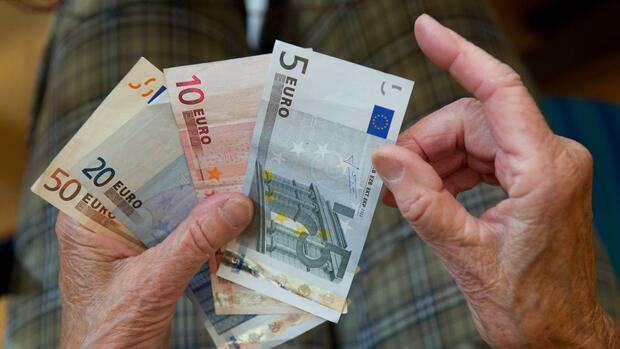 Berlin Angela Merkel had already signaled to party friends from the CDU and CSU at the beginning of the year that the basic pension would come, despite all the criticism. At a reception by the VdK social association in January, the Chancellor said: “You don’t need to worry.” Labor Minister Hubertus Heil’s (SPD) bill for higher earnings for long-term low-wage earners “is now turning into the final curve”.

It was a long final curve. The Union faction in the Bundestag also resisted Heil’s plans after the cabinet decision, which they saw neither covered by the coalition agreement nor by the basic pension compromise last autumn. Next week, however, the parliament will most likely adopt one of the most controversial projects in the legislative period.

According to information from the Handelsblatt, Union parliamentary group leader Ralph Brinkhaus (CDU) has cleared the way for the law to be finalized on the Bundestag’s agenda before the parliamentary summer break. The CDU and CSU waive the condition that Finance Minister Olaf Scholz (SPD) has to pay the basic pension with income from a financial transaction tax.

Scholz was unable to enforce the levy on share transactions at EU level. Now the funds for the basic pension, which should cost more than 1.3 billion euros in the introductory year, should come from the state budget without counter-financing. First, the Reuters news agency reported on the change of heart in the Union.

The CDU and CSU also do not pursue contentious issues of the draft law, according to Handelsblatt information. This concerns above all how the income test is designed, with which future and current pensioners are to be entitled to the new benefit. Coalition circles said that Heils’ design would only have “minor technical changes”.

Long-term low earners who have at least 33 years of contribution periods for employment, education or care should be better off in old age. Your pension entitlements will automatically be upgraded in the future, according to the Ministry of Labor, which should benefit around 1.3 million people.

For single persons and couples, income limits have been set up until when the basic pension is paid. The pension insurance should determine whether the limits are exceeded with an income test.

The Union, on the other hand, had asked for a means test, in which the entire financial situation was examined. In addition, the CDU / CSU originally envisioned a model in which welfare recipients in old age should receive an additional portion of their pension rights. But Heil prevailed and anchored the benefit not in social welfare, but in pension insurance.

The specialist authority reiterated its displeasure with the new task this week: The implementation was “with a considerable administrative effort”, especially the examination of the almost 26 million existing pensioners. The exchange of data with the tax offices for the income check is currently being set up, but capital gains or income from pensioners living abroad could not be recorded.

Accordingly, the first basic pension notices for new retirees can be sent out at the earliest in a year – although the statutory entitlement is to be created by January 1, 2021. It could take even longer for the pension portfolio, here we are talking about a period “until the end of 2022”.

In order to avoid further delays, the Socialists demanded that the law be passed before the parliamentary holidays. A series of talks have taken place over the past two weeks: Scholz with Brinkhaus, Brinkhaus with SPD parliamentary group leader Rolf Mützenich, the social politicians of the coalition groups among themselves.

Heil turned to the Chancellor again this week, before the coalition committee, which officially discussed the program of the German EU Council Presidency. The Minister of Labor reminded Merkel that his draft has been the position of the entire federal government since the cabinet decision in February.

A hearing of the Union and SPD pension experts is scheduled to take place in the Bundestag on Monday. On Tuesday, the basic pension will be discussed in the parliamentary group meetings.

The scenario for a flash decision before the summer break could then look like this, according to information from coalition circles: on Wednesday, Heils law will be dealt with once again in the responsible committee of the Bundestag, and passed on Thursday by the plenum.

With an extreme shortening of the deadline on Friday, the Federal Council could also agree in its last meeting before the timeout in July and August. But that has not yet been finally clarified, it said.

During Merkel’s chancellorship, the former ministers Ursula von der Leyen (CDU) and Andrea Nahles (SPD) had tried unsuccessfully to help low-income earners with low pension rights. Now it looks like it will work with Heil’s draft law on the third attempt.

Merkel hardly appeared in the basic pension recently, but had the subject of Union faction leader Brinkhaus cleared up. Although he is anything but a fan of Heil’s model, he never went through with his revolt plans.

It is not yet entirely certain that the majority of the grand coalition is in the Bundestag. There are some critics in the economic wing and among young members of the Union who are not least bothered by the fact that the conditions for a basic pension, as formulated in a CDU party convention, are now not being met.

With the Social Democrats, therefore, residual doubts remain: the majority of the coalition is not so comfortable that one can afford many dissenters, says one MP. In Union circles, however, one could hear that the basic pension should never become an election campaign issue. In the corona crisis, the state is putting three-digit billions in packages, so blocking the basic pension would be politically difficult to mediate.

FDP pension politician Johannes Vogel considers the coalition law to be a “completely screwed up concept” in the fight against poverty in old age. “Out of 500,000 people who depend on basic security in old age despite claims in pension insurance, around three quarters go completely empty with this model,” Vogel told Handelsblatt.

“At the same time, over 90 percent of the possible basic pension recipients are not at all dependent on basic security in old age.” Nevertheless, the Union “simply turned over after more than a year of alleged resistance”.

More: Union and SPD wrestle in the Bundestag for the basic pension – experts express doubts about the law.