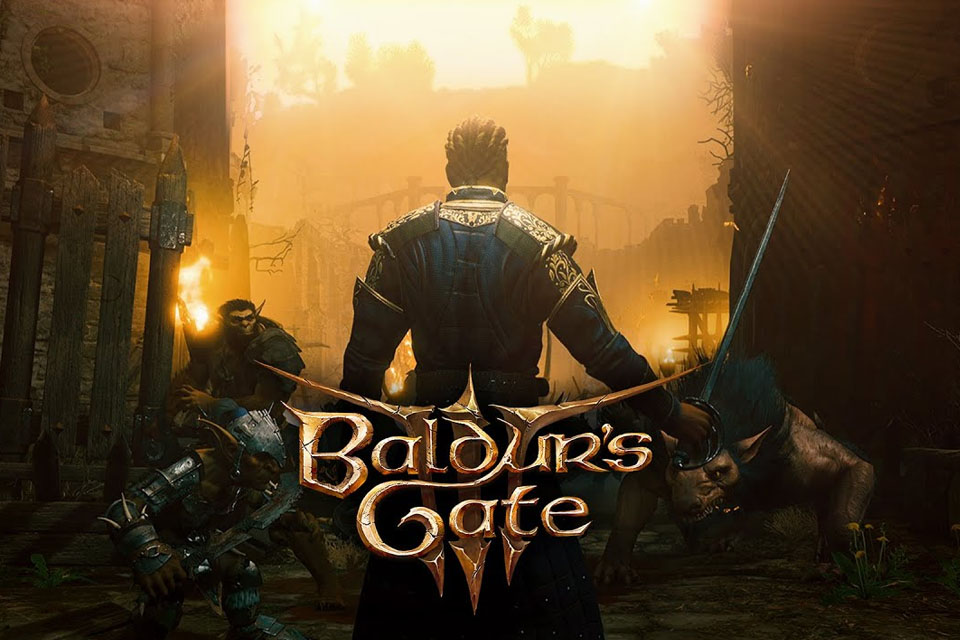 The first time I put my hands on Dungeons & Dragons was in 1993. That edition in Portuguese, launched by Grow, with a giant board and full of rules and adventure books. My youth was having fun with the game, buying expansions and putting bitumen on replicas of dwarves, orcs and dragons.

Here we are, in 2020. Board games have become sagas in video games, like the series Baldur’s Gate. We have reached the third edition of this story, this time developed by Larian. A company that until a few years ago was modest and had stood out for its excellent Divinity: Original Sin 2. Belgians’ passion for D&D did not intimidate them. There was a knock at the Wizards of the Coast and asked to continue one of the games most idolized by cRPG fans (Computer Role Play Game).

The big problem with cRPG is in combat. If they are not well implemented, from the physical to the digital world, it can ruin the adventure, no matter how spectacular the narrative and other mechanics are. Thinking about it, here was Larian’s first big hit. Put in Baldur’s Gate 3 turn-based combat, something that was not seen in the series.

It is worth mentioning that the same was done in its great success, Divinity: Original Sin 2. An implementation here, a modification there and voila! Guaranteed success. And that is what we can draw as a conclusion from the combat mechanics found in the game. It gives total control during the actions against enemies and several possibilities of strategies (I am suspicious to speak, because I am a fan of the style).

The series Baldur’s Gate has always been known for diversity when it comes to building characters. In BG3 is no different. There are hundreds of thousands of options for you to create your adventurer or your adventurer. The home screen can be daunting, but it’s easy to navigate through the menus and endless options.

First you start by defining your origin: charlatan, criminal, hero, prankster, artisan, nobleman, hermit, foreigner, sage, sailor, soldier, street boy or altar boy, each with a proficiency. After that, we have eight races available: cleric, fighter, patrolman, vampire, wizard and wizard. Clerics and wizards have subclasses.

Each of them has different characteristics of strength, intelligence, dexterity, charisma, wisdom and constitution, the latter with direct influence on the damage received by the enemy. And do not stop there, because it is still possible to determine the race of your character: human, githyanki, elf, half-elf, dwarf, halfling and tiefling.

Important to know where you are

The universe of Dungeon & Dragons always captivated me for their stories. Remember Tomb of Horrors, written by genius Gary Gygax? What to say then about Ravenloft and the excellent The Temple of Elemental Evil, which even became a PC game in 2003?

As great as the plots are, Larian’s big challenge will be to transfer the same immersion found in the texts. It’s practically doing a Copy / Paste, being necessary to take special care in script, animations and scenarios, which we will analyze later.

For a better understanding of the story, it is essential that the player has prior knowledge of the Volo Guide, the fifth edition of Dungeons & Dragons released in 2016. All because it will be the basis of the plot found in the game. In Baldur’s Gate 3, the Mind Flayers they are back. Powerful enemies, who control the minds of their opponents and enslave beings wherever they go. They will do anything to regain control of the universe.

Baldur’s Gate 3 occurs about 1 century after the events in the predecessor game. Your goal is to seek a powerful cleric to cure you, after being infected by a mind-eater. The current adventure provides about 25 hours of fighting, talking, exploring and having fun. I wonder how big it is when it’s complete.

As much as the game is still in early access, the development of the arts present in the game is remarkable. The details are astonishing, both on the characters’ faces and on their clothes or props. Each part specified in detail, be it a protagonist or simply an NPC.

The same can be written about the scenarios, that even in open places it is noticed that each polygon is in its place. However, what really fascinates are the dungeons, as it is impressive the richness of the closed places, whether in the dark or with the light of torches. It is worth mentioning that the reflexes and the environmental occlusion still need adjustments in order not to disturb the immersion. At certain times, they are not balanced, showing too much or too little light.

The camera pleases the possibilities. It is possible to use a more distant view, similar to the isometric view, and another, which looks like a third person. In certain environments, the camera has some bugs, mainly between closed and open places.

The mechanism locks in one position and, little by little, you understand what to tighten to get back as close to where you were. The main map needs to be revised urgently, as it appears with burst polygons, damaging the interaction too much.

Animations are the counterpoint of Baldur’s Gate 3. Early in the adventure, when dragons attack an illithid’s ship, the lack of synchronization with the scene is notorious. From the impression that it is a chroma key of those used in the episodes of Chaves.

The dubbing is also out of sync, giving the game enormous amateurism. At certain times, the animations appear to be incomplete, skipping frames. However, apparently in the last game of the company, Divinity: Original Sin 2, this should be corrected when the title is in phase gold.

As I said above, BG3 will use the rules and systems used in the fifth edition of Dungeons & Dragons. The producers have already said that some actions had to be translated into the digital world, however they tried to make it as faithful as possible to the board game.

Walking through the adventure is easy and you can carry out the actions in turns or deliberately. Only combats that are restricted to turn mode. The interaction with the scenery is gigantic, with several items to be collected along the walk – there is even an option to stack boxes to climb in hitherto impossible places.

Combat has no secret. You will have action points to use combat weapons and a bar to manage your movement. What impresses most are several possible combinations for the confrontation. Add to all this the possibility of playing multiplayer, with three more friends.

The 20-sided dice (famous d20) are also present, but rest assured. As much as Larian put a lucky ingredient in the game, the mechanics influence as little as possible. This should guarantee the success of your insertion: a benign balance to bring the random in the right measure.

On the right track

Baldur’s Gate 3 it is a great stone to be polished and, considering what Larian has grown in recent years, it is practically certain that the end result will be a spectacular gaming experience. We just need to be patient and wait for the news, which continues at a good pace, due to the feedback tireless players. A very important detail to mention is that the game will be translated into Portuguese. See you at Baldur’s gate!

Baldur’s Gate 3 was kindly provided by Larian to carry out this analysis.