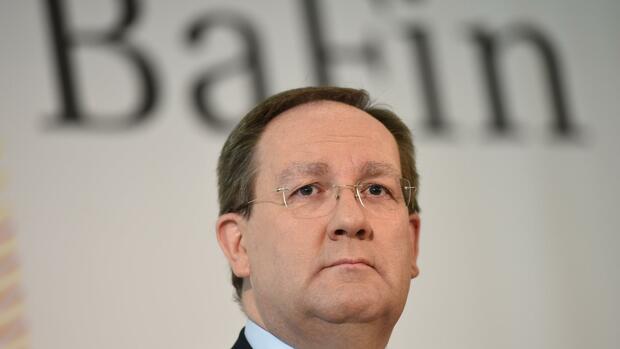 Frankfurt Felix Hufeld is a friend of open words. The President of Financial Supervision Bafin also demonstrated this on Monday when he self-critically commented on the scandal surrounding financial services provider Wirecard at the “Frankfurt Finance Summit”.

“It’s a shame,” said Hufeld. He was horrified that something like this could happen in a country like Germany that stood for quality and reliability. “It is a complete disaster.”

In addition to the management of Wirecard and the auditors, criticism of the Bafin is justified, said Hufeld. “Many private and public institutions, including my own, were not effective enough to prevent this from happening.” Bafin had taken various measures in the Wirecard case, but not with the desired success.

Hufeld pointed out that Bafin does not directly monitor the Wirecard Group as a whole, but only its banking subsidiary, Wirecard Bank. The Bafin is now trying everything to protect the Wirecard Bank, said Hufeld. “However, I do not know whether this could be a success if the Wirecard group went bankrupt.”

In general, Hufeld is of the opinion that the Bafin Wirecard could have been monitored better under the current regulations. “We don’t need any regulatory changes,” said the Bafin boss. “We just have to interpret the existing rules differently.” He initiated this some time ago.

According to insiders, the issue is that Bafin classified Wirecard as a technology company and not as a financial holding company – and as a result had fewer supervisory powers. According to supervisory circles, Hufeld warned about six weeks ago to review this decision again, after all, Wirecard has become increasingly active in the financial industry over the years.

Finance minister Olaf Scholz (SPD) said at the financial conference that he sees no need for regulatory changes due to the Wirecard scandal. “I think the regulators worked very hard,” said Scholz. “They did their job.”

Hufeld, on the other hand, spoke several times about Bafin’s omissions. It is currently a priority to deal with the Wirecard crisis, Hufeld emphasized. But afterwards, his authority would analyze his own deficits in detail and draw the consequences. “I am responsible for that.”

During his appearance in Frankfurt, Hufeld expressly praised Wirecard’s critics, who had repeatedly pointed out inconsistencies in the Bavarian Dax group in the past months and years. “I take my hat off to everyone – be they journalists, analysts or short sellers – who have persistently and rigorously dug up contradictions,” said the Bafin boss. “You did just the right thing.”

At the same time, Hufeld rejected allegations that the Bafin wanted to protect a German company from foreign attackers for patriotic reasons when the authority imposed a short sale on Wirecard shares in 2019. “This is total nonsense.”

If the Bafin gets any information that traders want to manipulate prices through their positioning, the authority must intervene. “It is irrelevant whether the underlying facts are correct,” said Hufeld. And the information came not from a shady source, but from a large German public prosecutor.

Deutsche Bank boss Christian Sewing, who sat on the podium next to Hufeld at the financial conference, says he shares the Bafin boss’s assessment of the Wirecard case.

Sewing also pointed out that all German companies will suffer from the scandal. “There is clearly a major problem for the entire stock culture and the issue of corporate governance,” said the head of Deutsche Bank. “So I can only hope that transparency will be established quickly and that there will be an opportunity to clean up.”

The Wirecard, which was caught in the middle of a balance sheet scandal, had admitted on Monday night that the billions that had disappeared with “predominant probability” did not exist. The payment service provider’s shares have been in free fall for days.

Meanwhile, in the Wirecard balance sheet scandal, the Munich public prosecutor’s office is considering expanding its investigations. “We are investigating all possible criminal offenses,” said a government spokeswoman on Monday when asked whether the company’s latest ad hoc announcement was a reason for further investigations. “We cannot comment on investigative measures in advance,” she added.

Jan Marsalek dismissed from the board

On Monday afternoon, the Wirecard supervisory board drew further consequences from the balance sheet scandal and immediately dismissed board member Jan Marsalek and extraordinarily terminated his contract of employment. Marsalek had been suspended since last week, until then he was responsible for day-to-day operations, including Southeast Asia, where the affair started.

In addition, the head of the Bank of the Philippine Islands (BPI), Cezar Consing, also spoke to the Reuters news agency on Monday about the alleged bank confirmations for trust accounts from Wirecard at the Philippine bank BPI.

According to Consing, the confirmations are a clumsy forgery: “When we were shown the so-called certificate, it was very clear that it was wrong.” Wirecard money never ended up in bank accounts.

He heard about it last Monday (June 15) when EY auditors asked if the document was genuine. The bank immediately found that a “very low-ranking” manager had signed the forged certificate. The bank fired him.

The rating agency Moody’s has now completely removed Wirecard’s credit rating. The experts had decided to withdraw the ratings because of irregularities in the balance sheet that still need to be resolved, Moody’s announced on Monday.

The agency no longer has sufficient information to provide an assessment of the creditworthiness of the payment processor near Munich. On Friday, Moodys’s downgraded Wirecard’s credit rating by a whole six levels to junk level.

More: The five lessons from the ghost accounts at Wirecard.