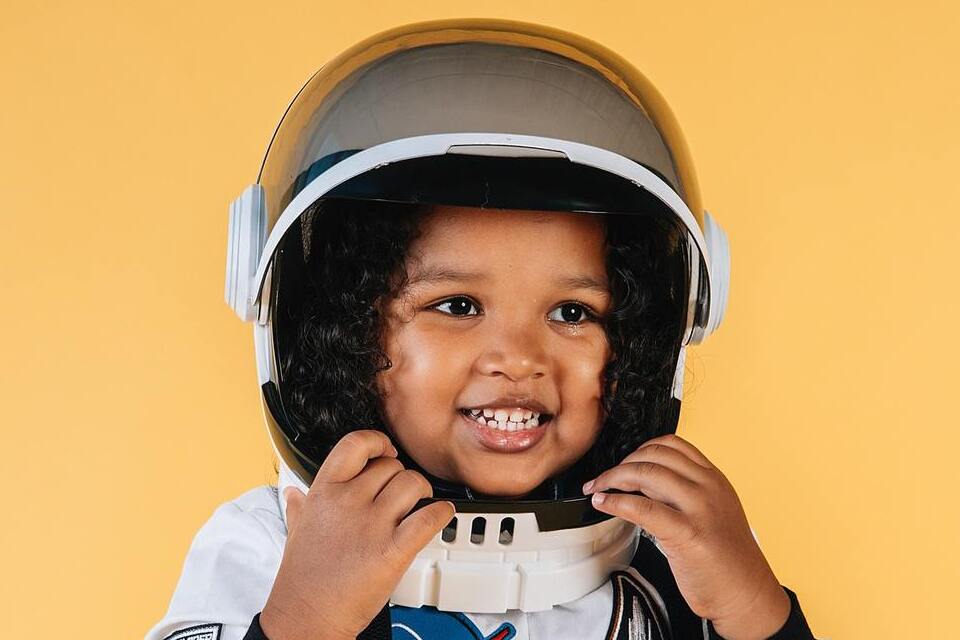 To Chris Impey, professor of astronomy at the University of Arizona and author of books on the cosmos such as The Living Universe and Beyond – Our Future in Space (Beyond – Our Future in Space, in free translation), when the first baby is born outside Earth, it will be a milestone “as important as humanity’s first steps out of Africa”. According to him, such birth would mark the beginning of a multiplanet civilization for the human species.

Impey believes that by 2040 a unique individual will be born, with citizenship of their parents or stateless. For the author, the first true “citizen of the galaxy” will be someone who must be born on a spaceship, space station or colony – in this case, probably on the Moon or Mars, the first stars in the sights of countries and private companies to house a group of humans off Earth.

Girl in astronaut uniform looks at the sky: births in space can change human history.Source:  Freepik 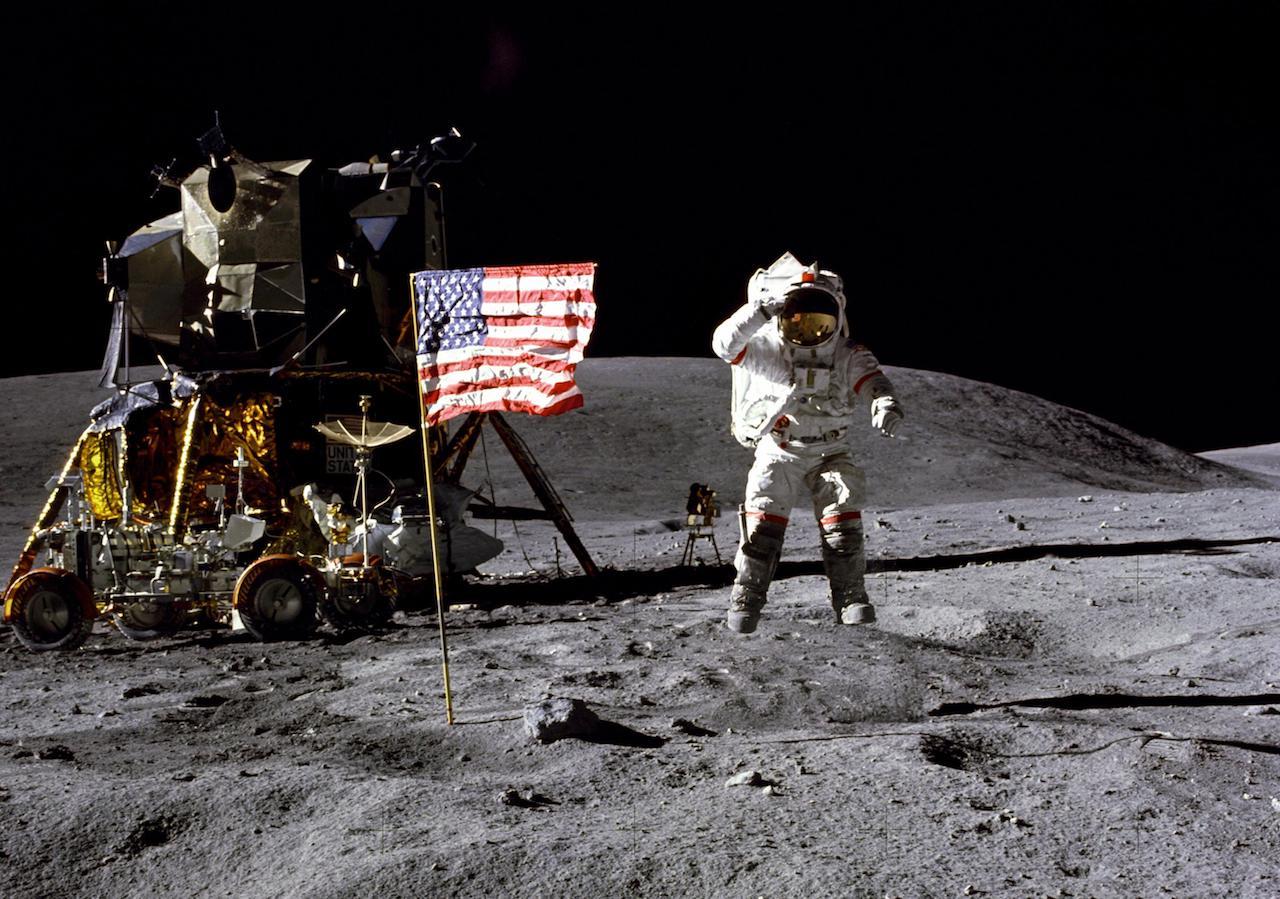 Photo from 1969, when man first set foot on the moon.Source:  NASA/Reproduction

“During the first half century of the Space Age, only governments launched satellites and people into Earth orbit. Not now. Hundreds of private companies are building a new industry that already has $300 billion in annual revenue,” Impey said. According to him, today, all activity in space is linked to the Earth, but the author believes that in a few decades people will begin to live in space.

The space race “began as a duopoly”, recalls Impey – when the United States and the Soviet Union fought for space supremacy in a geopolitical dispute with a strong military connotation. The US got off to a good start, with NASA landing on the moon in 1969, but is now facing budget difficulties. Russia is also no longer an economic superpower and its space presence is no longer relevant as when it launched the first satellite and the first person into orbit.

The new nation investing heavily in space is China. The country’s space program is booming, “fueled by a budget that has recently grown faster than its economy.” China is building its space station, landing probes on the Moon and Mars and planning a lunar base. Impey believes that the country will soon be the dominant space power.

Private space companies, on the other hand, are trading off-Earth tourism and recreation. “Elon Musk’s goal for the SpaceX is to transport 100 people at once to the Moon, Mars and beyond,” stated the author. Jeff Bezos’ company, the Blue Origins, intends to colonize the solar system. As Impey rightly puts it, “Such grand plans have skeptics, but remember these are the two richest people in the world.”

What can we expect from the future? 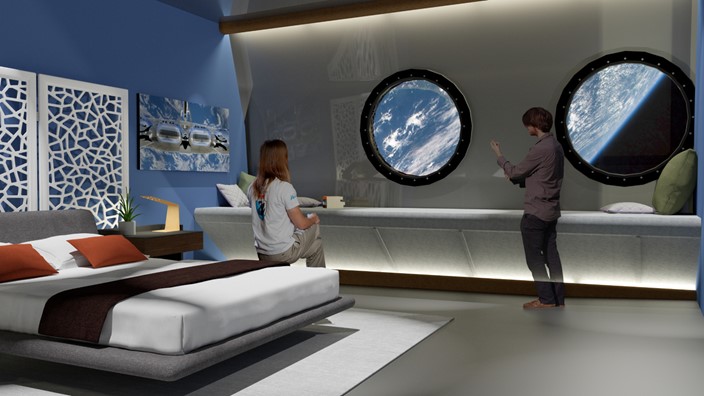 For the astronomer, governments will continue to launch rockets, but private space flights have already surpassed the launches of all countries in the world together in 2016. He believes the next step is colonization. “For a spacecraft, the trip to Mars is about a thousand times farther than a trip to the Moon,” he explained, and for that reason his bet is that the Moon will be humanity’s first home away from home.

Impey recalled that China and Russia are jointly building a long-term facility at the Moon’s South Pole, which should be operating between 2036 and 2045. NASA wants to return to the moon in 2024 and establish permanent settlement Artemis within another decade. As part of the mission, NASA also plans to launch a lunar space station in 2024, the Gateway, in partnership with the SpaceX – the next step would be Mars. Elon Musk intends to have a colony on Mars by 2050.

The Dutch startup SpaceLife Origin plans to send a pregnant woman 400 kilometers in altitude long enough for her baby to be born. According to the author, there are legal, medical and ethical obstacles. already the Orbital Assembly Corporation plans to open a luxury hotel with space for 280 guests and 112 crew members in orbit by 2027 – the Voyager Station. NASA is considering allowing a reality show 10 days on a civilian on the International Space Station.

And as the professor reminds us, for a civilization to be truly free of Earth, the population needs to grow – which means having babies in space. But the environment at first must be stressful, in addition to offering potential dangers. “It is possible that there are unexpected risks for the fetus or for the mother,” said the writer. The infrastructure of the bases would also have to be adapted – a process that will take decades.