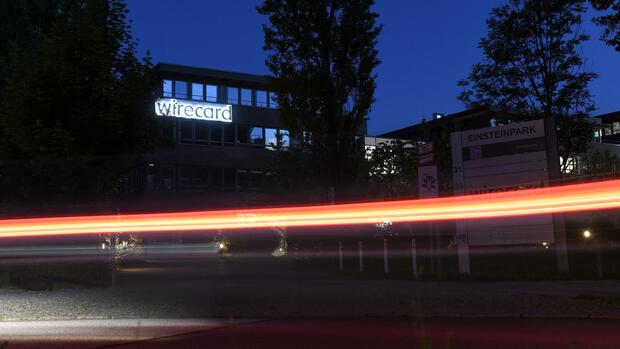 “Discover the platform of unlimited possibilities”, with these words Wirecard still uses its own website to advertise the trust of customers. In the past few days, the payment service provider from Aschheim near Munich has rather caused unlimited horror among major investors, auditors, supervisors and balance sheet inspectors. Because in the end all these instances failed to uncover the scandal.

The question remains: could this catastrophe have been prevented? The Wirecard case is far from clear. It is not yet completely clear whether and to what extent criminal energy played a role in the billions that disappeared. But there is a suspicion of gigantic fraud, and it has fleshed out in the past few days.

Against this background, at least a first approximation to the question of whether and how such cases can be avoided in the future is possible. The preliminary diagnosis is that the structural break after the financial crisis has left gaps in the supervision of the financial sector, and the Wirecard case shows how dangerous such gaps can be.

After the financial crisis, supervisors initially focused on making traditional banks more secure. This also worked to a large extent, as can be seen in the corona crisis. But more stable banks do not necessarily mean a stable and crisis-proof financial system.

Because in the decade after the bankruptcy of Lehman Brothers, so-called shadow banks became more important, which do business similar to traditional banks, but do not have to meet the same strict requirements and are less strictly controlled. The realm of these shadow banks includes players such as hedge funds, credit funds, securitization companies, but also increasingly more technology companies.

Banks want to transform themselves into digital platforms

In the past few years, the technology and finance industries have come closer and closer together. Classic banks want to transform themselves into digital platforms all about money. At the same time, large internet companies such as Facebook, Apple and Amazon are poaching more and more in the banks’ territory. In addition there are myriads of small up-and-coming technology companies, the so-called fintechs, of which only a fraction operate with a full banking license.

A problem with the monitoring of Wirecard was that the German financial regulator was only responsible for a small part of the group, the Wirecard Bank. This is based on the decision to classify the highly complex group as a technology company and not as a financial service provider.

There may have been understandable reasons for this in the early years of Wirecard AG, when the company was significantly smaller. But the Munich-based company has long since developed into a globally active payment processor, even if it is no longer clear how much of it is real and how much invention.

The decision of the Bafin had consequences: For the financial giant Wirecard, which pushed Commerzbank out of the Dax and wanted to get in touch with Deutsche Bank at times, the district government in Bavaria was responsible until the end, for example, in money laundering questions and not the nationwide financial supervision.

The consequence is clear: Of course it would be wrong to put shadow banks and technology companies under general suspicion. But the closer they become to banks, the more closely they have to be monitored. Even if they do not pose the same threat to the stability of the financial system, the protection of customers and investors alone justifies tighter controls.

The question remains: could this have actually prevented a case like Wirecard? The supervisors would have had at least sharper instruments to check the business. And one thing is clear: the justification argument that if insiders go to work with sufficient criminal energy, fraud cases can hardly be prevented, is only very limited in the case of Wirecard. The first critical articles in the Financial Times appeared years ago, and the newspaper was not the only one to question the seriousness of the balance sheets.

Wirecard fought vigorously against the allegations, and of course the motto also applied in this case, in doubt to the accused, who was, after all, a member of the reputable Dax family with a certified balance sheet at the time. But the doubts had just been sown, and they could never be completely cleared up. Given these doubts, auditors and supervisors should have looked much earlier.

More: The first Wirecard customers are looking for other partners.