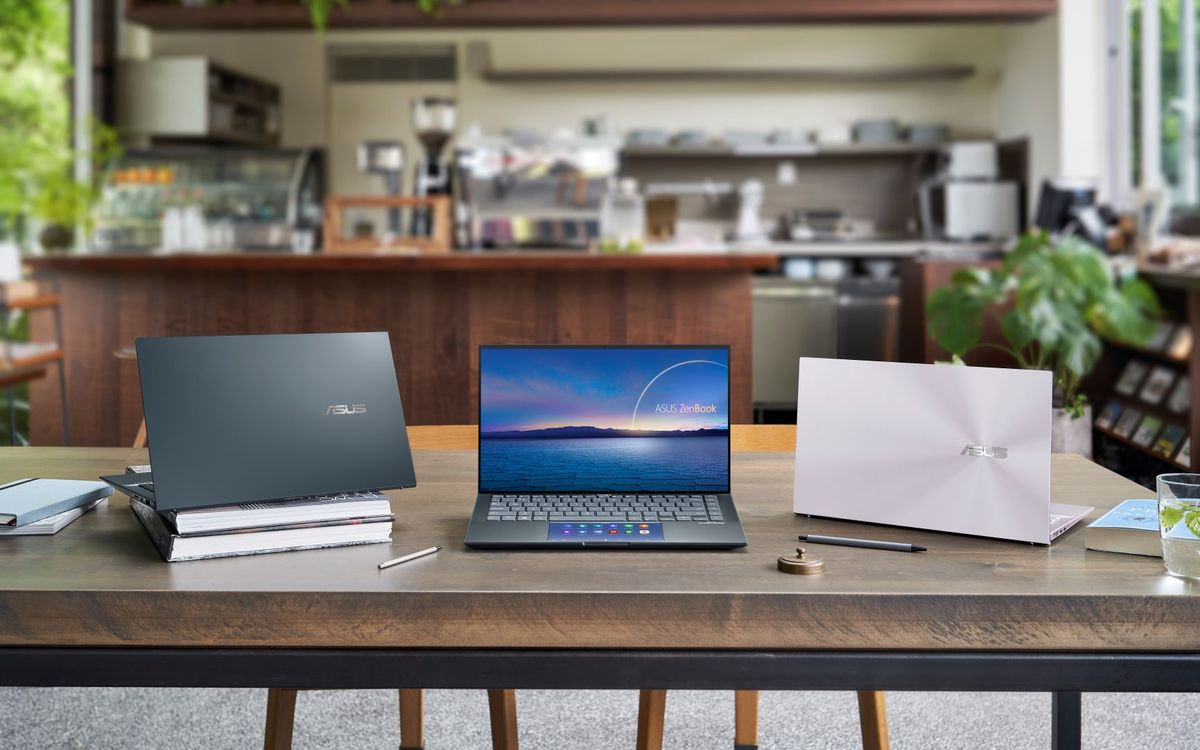 Asus held a virtual conference to present its new products. The IFA can not stand as usual, it is through this that the Taiwanese brand has unveiled its new range of ultra-portable. In total, six machines have been formalized. Some offer an OLED screen, others a featherweight, but almost all have a new generation Intel processor.

The IFA is doing well this year, but under special conditions. Thus, manufacturers have favored video conferences to unveil their new products. This is the case of Asus who presented its new range of ultra-portable. In total, six computers have been formalized, including five consumer Zenbooks.

The ExpertBook B9, a PC weighs less than 900 grams

Asus unveiled its new version of the ExpertBook B9, its 14-inch computer dedicated to professionals. The brand has done everything to seduce this market, first weighing 880 grams on the scale. This makes it the lightest PC in this category in the world, thanks to its magnesium chassis. 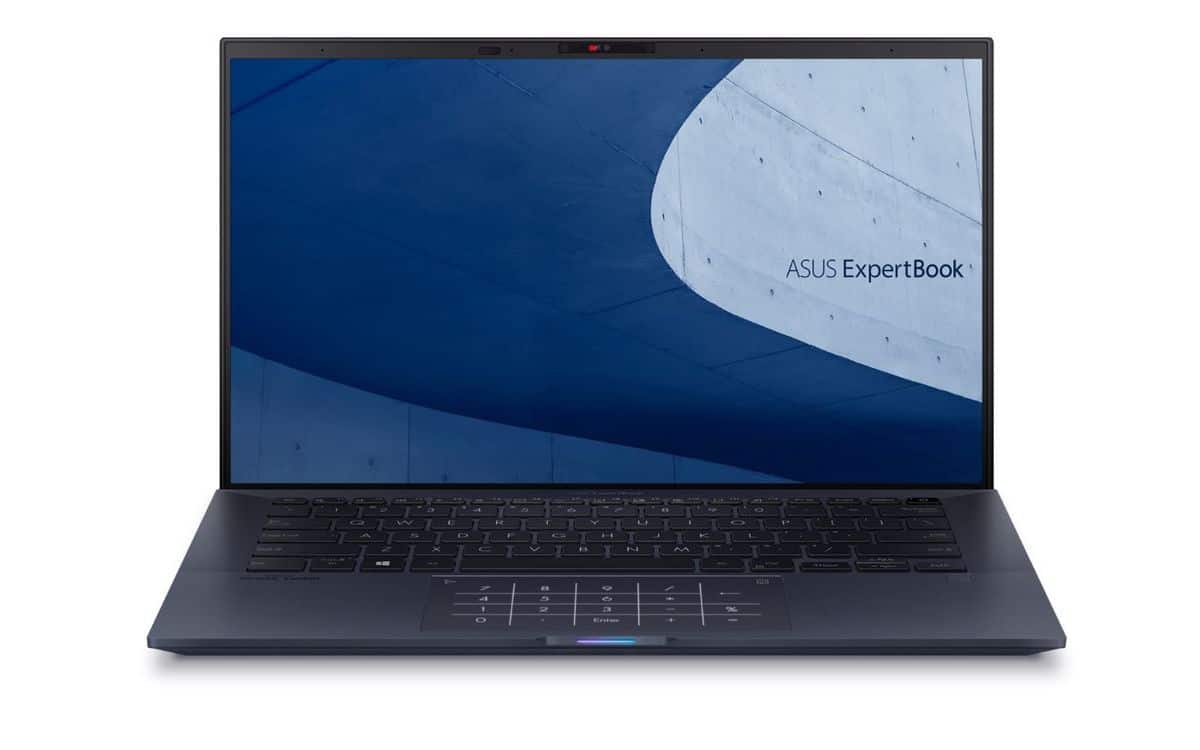 Its design does not change from what we are used to seeing at Asus, the ExpertBook even using the NumPad, the numeric keypad included directly in the touchpad thanks to an LED system. In terms of specifications, the computer offers a 14-inch IPS panel with a definition of 1920 x 1080 pixels with a front screen ratio of 94%. Inside we find a new generation Intel Core i5 or i7 processor (Tiger Lake, just announced), up to 32 GB of RAM as well as a 512 GB or 1 TB M2 MVMe SSD.

Asus dedicates this PC to professionals with in particular a focus on security with integrated software, an IR camera, a fingerprint sensor, a large connection (with HDMI and Ethernet port) as well as an autonomy of up to 23 hours on the model with a 66 Wh battery (there is a version with a 33 Wh).

The Zenbook 14 and 14 Ultra, the flagship of the new range

Asus also unveiled the two new Zenbook 14 and 14 Ultra. The two are quite similar, but offer their particularity that could guide your choice. The ZenBook 14 thus offers a NumPad or a ScreenPad. The latter is actually a secondary screen directly included in the numeric keypad. An interesting technology, but quite poorly exploited so far. Asus promises to have redesigned the software part to give the ScreenPad a new dimension and make it more intuitive.

The Zenbook 14 Ultra puts it on its weight, since the magnesium frame allows it to stay under the kilo. On the scale, it thus weighs 980 grams. Ideal for carrying it in a bag all day.

Read also – Asus ZenFone 7 Pro review: one of the best value for money of the year

Both computers have 14 inch IPS panels (touchscreen for 14) with a definition of 1920 x 1080 pixels. Inside we find an Intel Core i7 processor of 11e generation with a maximum of 16 GB of RAM. Note that the graphics part can be managed either by an Intel Xe eGPU or by an Nvidia GeForce MX450 GPU, always useful. They can be fitted with an M2 MVNe SSD up to 1TB.

The Zenbook S and S Flip focus on the screen part and are aimed more at photographers and those who work in images in general. The Zenbook S, first of all, has a 13.9-inch touchscreen with a definition of 3300 x 2200 pixels. It promises great respect for colors thanks to its PANTONE certification and, for sure, adopts a 3: 2 ratio. Brightness can go up to 500 nits.

The S Flip has an OLED panel, something quite rare in the PC market, tactile and in 4K. Again, the emphasis is on colors with PANTONE certification. The display is also designed for styluses with 4069 pressure level detection. As the name suggests, this is a hybrid with a screen that swings around the keyboard.

Both computers are equipped with a Numpad, an Intel Core processor of 11e generation with Intel Xe eGPU and up to 16 GB of RAM. The connection is also very complete with an HDMI port, two Thunderbolt 4 ports (USB Type-C) and a USB 3.2 port, but has an intriguing peculiarity: it does not offer a jack.

It will take at least 2000 euros for these machines which will be released in France later this year.

The Zenbook Pro 15, a nomad for creators

Finally, the last PC in the range is the Zenbook Pro 15, which also has some interesting things to offer. Unlike previous models, it has a graphics card to bring power to creators.

It has 15.6-inch OLED 4K touchscreen which promises zero afterglow. A second screen is present in the quality of the ScreenPad, included in the numeric keypad. The PC is equipped with a 10th generation Intel Core i5 or i7 processor (not low consumption like the previous ones) and above all an Nvidia GeForce GTX 1650 Ti graphics card, in order to bring power to the creative people. A computer that does not play on the same segment as the previous ones, since it is not an ultra-portable here.