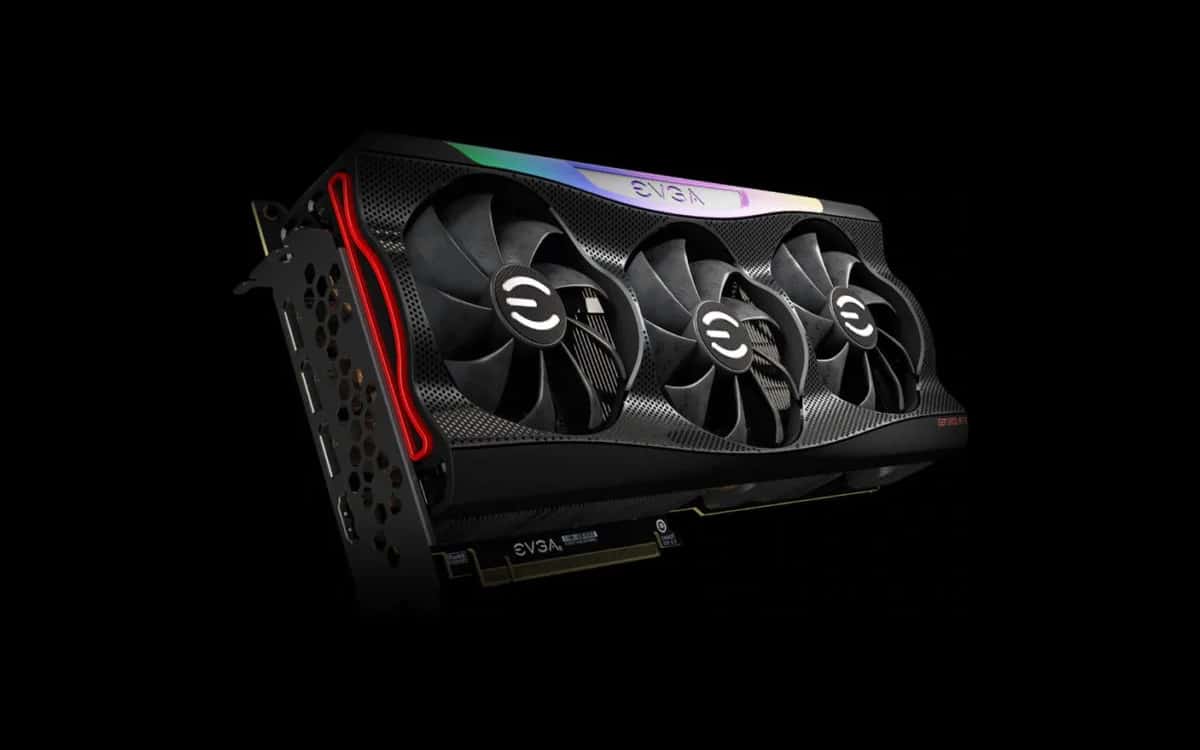 The Geforce RTX 3070, 3080 and 3090 have just been introduced by Nvidia. As usual, the third-party manufacturers follow suit and begin to unveil their custom models guaranteed Ampere. We take stock of the various proposals.

This Tuesday, September 1, 2020, Nvidia officially lifted the veil on its new generation of graphics cards: the RTX 3070, 3080 and 3090. They mark a complete break with the previous generation and usher in the era of Ampere architecture. In addition, they will democratize Ray-Tracing and DLSS, two proprietary technologies from Nvidia.

As with the launch of each new generation, third-party manufacturers were quick to announce their custom models, that is, modified versions of Nvidia graphics cards, benefiting either from a boosted frame rate, more RAM or specific cooling systems. Let’s take stock of the different market proposals.

Since we have to start somewhere, let’s start with Gigabyte which has chosen to ignore the RTX 3070 and 3080. The Taiwanese company has preferred to focus its efforts on the monstrous RTX 3090, the flagship of Nvidia cut for gaming in 8K. Two variants are on the program. Called Eagle OC and Gaming OC, these two cards have atriple-slot cooling system. Based on the limited information provided by the manufacturer, the Eagle OC should benefit from a slightly boosted operating frequency compared to the Gaming OC.

Inno3D: ventilation and cooling on the program

True to its identity, Inno3D has announced the upcoming arrival of RTX 30XX iChill models, featuring better ventilation and cooling capacities. Whether it’s an iChill X4 or an iChill X3 card, users will be able to count on a trio of nine-centimeter fans to keep the beast cool. The only difference will be in the heat pipes, the heat conducting elements. IChill X3s will benefit from seven heat pipes against eight for iChill X4.

Note also that iChill X4 cards will have a fourth 45mm fan installed on the edge of the card. In addition, the first visuals show the presence of LEDs everywhere. Notice to flashy setup enthusiasts. One thing is certain, this range is intended for users who want to avoid overheating problems at all costs.

The Taiwanese manufacturer does not want to neglect any model and therefore plans a custom version of each RTX 30XX card. According to Asus, the ROG Strix editions will be for the RTX 3080 and RTX 3090 only. They will embark a triple fan similar to what can be found on Inno3D cards.

” The center fan is fitted with a full-height ring around its 13 blades to increase static pressure and direct airflow through the GPU heat sink. The two 11-blade side fans, fitted with a ring up to mid-height, offer better lateral dispersion for wider heat dissipation through the radiator “, explains the builder.

The TUF Gaming range will also be limited to two top-of-the-range models from Nvidia, with a ventilation revised and corrected for the occasion, quite close in reality to what the ROG Strix iterations will offer. To stand out, however, they will benefit from a new feature called ” fanless “, which allows turn off ventilation when the card is not used much or not.

And if you are interested in an alternative to the RTX 3070, you will have to turn to the Geforce RTX 3000 Series Dual. On the program, a double axial fan, an aluminum back plate, a ” fanless “ and a clean, no-frills design.

Gainward has decided to adapt its Phoenix range to the RTX 3080 and 3090. For the occasion, the manufacturer intends to offer four distinct models, namely two versions for the RTX 3080 and two others for the RTX 3090. Each “duo” consists of a standard model and a Golden Sample or “GS” model, which offers slightly improved frequencies. Note that the cooling of each card is provided by a triple fan.

EVGA: Kingpin versions in the spotlight

On the EVGA side, the manufacturer is launching the Geforce RTX 3090 Kingpin. The main advantage of this version is its proprietary cooling system, which combines AIO Watercooling with a classic Aircooling. The “360” radiator consists of three 120 mm fans, enough to keep the GPU GA102 on the card cool.

In addition, the custom RTX 3080 and 3070 models will be offered in several versions, each with its own cooling system: Hydrocooper (watercooling), Hybrid (AIO watercooling and aircooling), FTW3 and XC3. Concerning the models under FTW3, they embed iCX3 Cooling Technology, a cooling system made up of ultra-thin heat pipes installed on the back of the card.

For once, PNY has decided to name all of its custom models under the name EPIC-X RGB Triple Fan XLR8 Gaming Edition. Despite this common point, each card obviously has its own design and performance. Here again, the cooling system will be based on a triple axial fan:

At the Hong Kong manufacturer, we opted for the launch of three distinct ranges: AMP, Trinity and Twin Edge. The AMP model will be equipped with an “Extreme” version, with higher frequencies and triple ventilation (each fan is made up of 11 blades, for greater efficiency) supported by several heat pipes.

The Trinity and Twin Edge versions will only carry two fans, but will still benefit from IceStorm 2.0 technology. The Freeze function, which allows ventilation to be stopped when used at low intensity, is also present. Users can count on ZOTAC Gaming FireStorm software to closely monitor their graphics card activity.