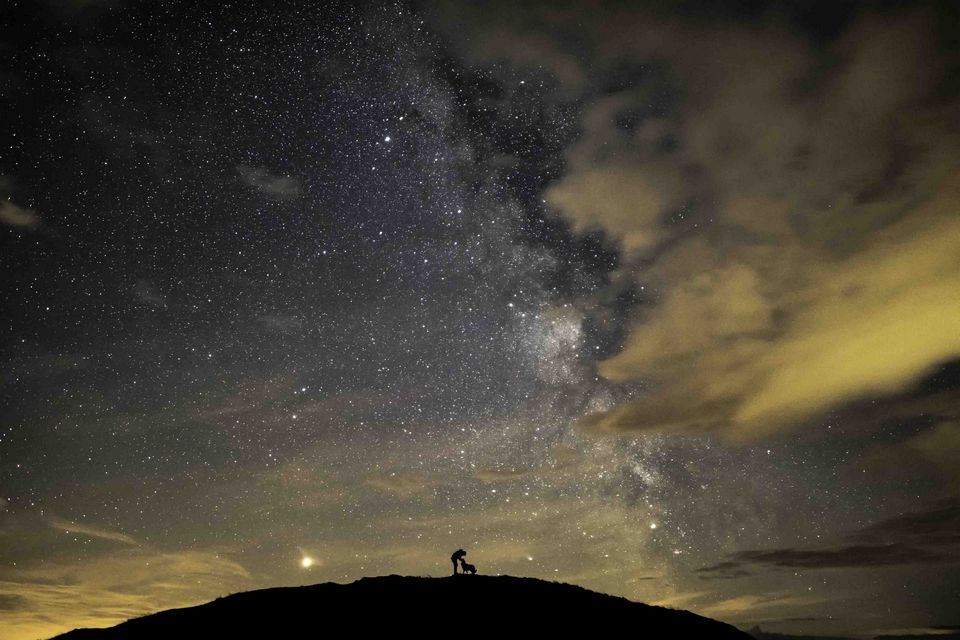 For those who enjoy astronomy, we have prepared a calendar with the main events that will happen this year – some of them will not be able to be seen from Earth, but will be accompanied by channels from space agencies, such as the American NASA and the Japanese JAXA. Check out:

2-3 days. This dawn occurs the appearance of the Quadrantids, a meteor shower that occurs between the 1st and 5th of January. It is the shortest and most intense show on the annual astronomical calendar: it lasts only six hours, with up to 40 shooting stars per hour. Its origin is the asteroid EH1 2003. It seems to radiate from the region between the constellations of Ursa Maior and Boieiro.

Day 11. This is the first day of the time window (11th to 24th of this month) for the arrival of the Chinese Tianwen-1 mission to Mars: an orbiter, a landing module and a rover – the last two are due to touch Martian soil in April.

Day 18. The Perseverance rover, from NASA’s Mars mission, must land on Mars, carrying the Ingenuity helicopter on board (the rover was equipped with a series of cameras to record the descent).

No date. Completed its mission in Bennu, NASA’s OSIRIS-REx spacecraft is due to begin its two-year journey back to Earth, bringing samples of the asteroid’s surface.

Days 22-23. The Líridas meteor shower has a constant presence in the three days when it appears in the sky. It appears to originate in the Lira Constellation (actually, it is made up of pieces of comet Thatcher).

Days 26-27. This dawn happens the first of the three supermoons of the year: our satellite will be closer to Earth and, therefore, it will look a little bigger (up to 14%) and brighter (30%) than normal.

Days 6-7. The night show is the Eta Aquáridas meteor shower, with up to 60 meteors per hour. It is formed by the remains of Comet Halley, and, luckily for us, the southern hemisphere is the best place to enjoy it.

Day 26. The total lunar eclipse that will happen tonight will have an additional one: the Earth will cast its shadow on a Supermoon (when the satellite looks bigger and brighter), producing a Blood Moon (rust red). The eclipse will be visible across the Pacific Ocean and parts of Asia, Japan, Australia and the three Americas.

10th day. Annular eclipse of the Sun, which happens when the Moon is too far from Earth to completely cover the star, showing a ring of light. To see the phenomenon you will need to be in the far east of Russia, in the Arctic Ocean, in the west of Greenland or in Canada (whoever is in the northeast of the USA, in Europe and still in most of Russia will see a partial eclipse).

Day 24. The last of the three Supermoons of the year will rise to the sky.

Days 28-29. The meteor shower of the time is Delta Aquáridas, streaking the night sky on average 20 times an hour. The meteors, remnants of the comets Marsden and Kracht, fall here between July 12 and August 23, seeming to come from the constellation Aquarius.

Days 12-13. They reach the terrestrial skies of the Perseids, the most popular of the meteor showers, sending up to 60 brilliant bolides to Earth every hour, at their peak. The remains of Comet Swift-Tuttle arrive here annually between July 17 and August 24, seeming to radiate from the constellation of Perseus.

Day 7. Draconids drip their ten hourly meteors between the 6th and 10th of that month. This meteor shower originated from comet 21P Giacobini-Zinner and not from the Dragon constellation, which gives it its name.

Day 21-22. Orionides, originating from comet Halley, produce 20 meteors per hour at their peak (they visit Earth between October 2 and November 7). They radiate from the constellation of Orion.

Days 4-5. Táuridas meteor shower. Although it lasts a long time, it produces between five and ten meteors per hour – remnants of asteroid TG10 2004 and comet 2P Encke. They radiate from the constellation of Taurus.

Days 17-18. Leonids are a meteor shower with up to 15 meteors per hour – but every 33 years, it pours out hundreds of meteors on Earth every hour (the last time was in 2001). Produced by debris from comet Tempel-Tuttle, it appears to radiate from the constellation of Leo.

19th day. The night will be a partial lunar eclipse, visible in most of eastern Russia, Japan, the Pacific Ocean, North America, Mexico, Central America and parts of western South America.

Day 4. A solar eclipse will make the star disappear entirely in the skies of Antarctica and south of the Atlantic Ocean, and partly in much of South Africa.

Days 13-14. The Gemínid meteor shower (radiating from the constellation of Gemini) is considered the best of all, with up to 120 shooting stars per hour at its peak. The wreckage of asteroid 3200 Phaetho hits Earth between 7 and 17 December.

Days 21-22. Around Christmas come the Ursids, the remains of Comet Tuttle that produce a small meteor shower (five to ten per hour). They seem to radiate from the constellation Ursa Minor and arrive on Earth between the 17th and 25th of December.