Galaxies and central supermassive black holes coexist and influence each other’s evolution. But not in the way many believe. Contrary to popular intuition, objects within galaxies do not orbit the central black hole. despite the name supermassive, when compared to the rest of the galaxy, the range of the black hole’s gravity is quite limited. Take the Milky Way as an example. Our central black hole is called Sagittarius A* and has a mass of approximately 4,000,000 solar masses. That’s a lot when we think of solar units, but the Galaxy has, in total, the mass of 1,000,000,000,000 solar masses. That is, 1,000,000 times the mass of the central supermassive black hole.

Although the mass of the black hole is irrelevant when compared to the rest of the galaxy, it can still influence its evolution, and vice versa. This happens mainly during the phase when the black hole is “active” (AGN – Active Galactic Nuclei, in English). We call this moment when the black hole is actively absorbing mass and growing. AGNs are the brightest objects in the Universe and are of great interest to astronomers. Brighter? Yes, in most cases. Although light cannot escape the black hole’s very strong gravity, material around it can emit light. This is because the material that is orbiting the black hole has relativistic speeds and is extremely hot, that is, it glows.

The second reason for this high brightness is the jets. Before matter falls into the black hole and is absorbed, it can be ejected violently, in the form of a jet. This jet has very high energies that can influence the evolution of the galaxy as a whole.

Yet AGNs still represent a puzzle for astronomers. This is because different central regions would apparently have different objects. What determined which object a galaxy could host was unclear. Until the theorizing of the Unified Model for AGNs. The unified model predicts that all galaxies host the same object at their center and what differentiates case by case would be our point of view. Such an object would be a central supermassive black hole surrounded by a ring of hot dust. Depending on the geometry of the observation, we could look at the black hole directly, the jet, the dust ring, or a composite of everything.

However, it was unclear whether the dust ring would be able to completely overshadow the black hole. And the answer came with observations using ESO’s VLT telescope. This month, astronomers published results analyzing the central region of the galaxy M77, which is 47 million light-years away from Earth. By analyzing the temperature of the dust in detail, they were able to determine the location of the central supermassive black hole, which agrees with the unified model! 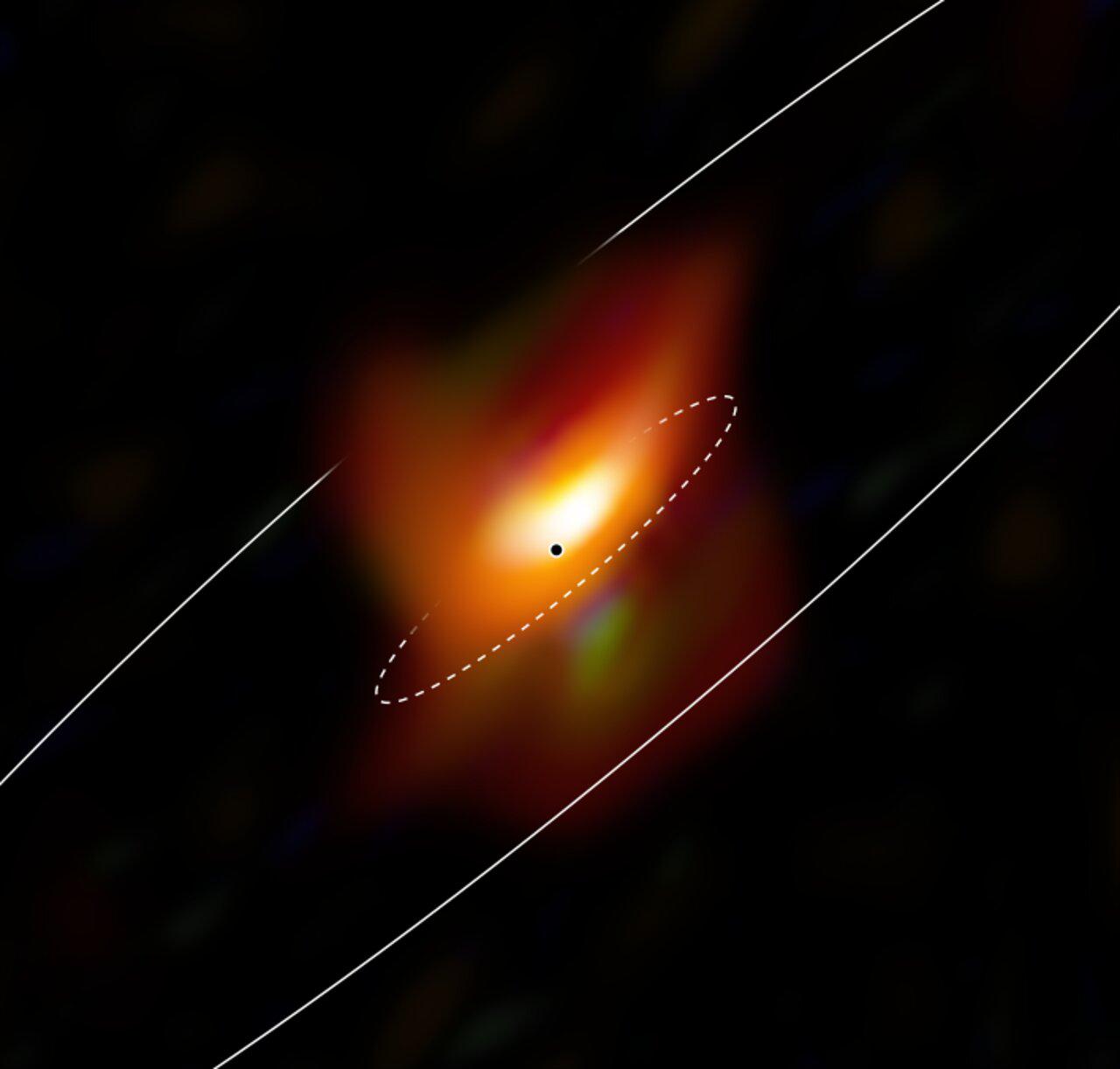 Observations made on the VLT telescope (color) with the possible location of the central black hole of the galaxy M77Source: IT

The promise of new telescopes such as the ELT ensures that we will be able to repeat this observation in even more distant galaxies, being able to better map the unified model and our understanding of these fascinating objects. Even more to understand how galaxies and black holes co-evolve in the history of the Universe.

Camila de Sa Freitascolumnist for TecMundo, holds a bachelor’s and master’s degree in astronomy. She is currently a PhD student at the European Southern Observatory (Germany). The self-appointed Coroner of Galaxies, she investigates evolutionary scenarios for galaxies and possible changes in the manufacture of stars. She is present on social media as @astronomacamila.