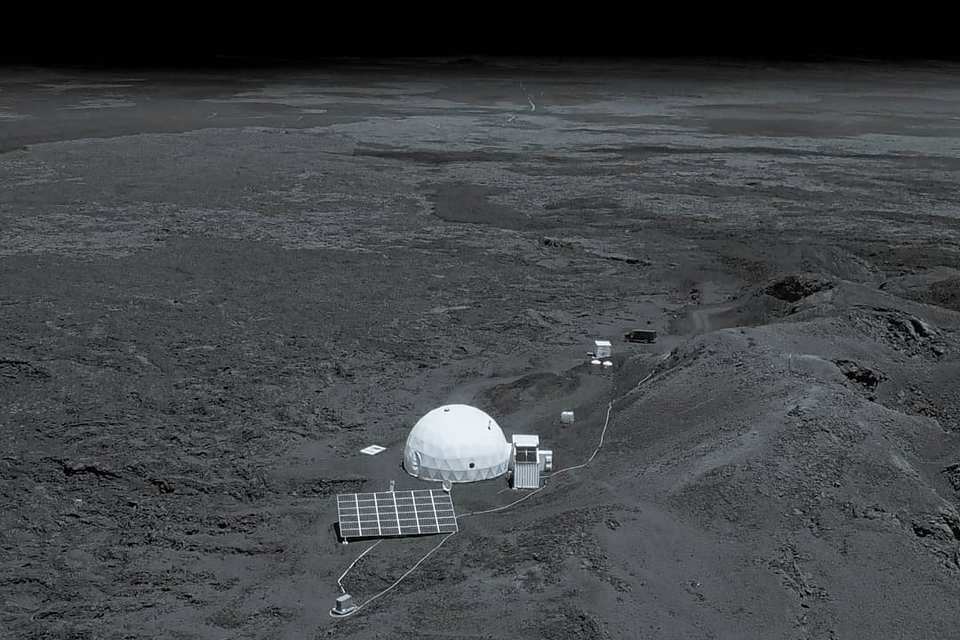 Essays on what human colonies will look like in extraterrestrial environments are underway in inhospitable places on our planet, such as on the slopes of an island volcano in Hawaii – lavish in lava tunnels and where is the emulated Martian habitat of the Space Exploration Simulation project of Hawaii Analog and Simulation (HI-SEAS), whose results from the Selene V mission (now closed) will be presented this week at the European Union General Assembly on Geosciences (EGU) 2021.

Installed on the rocky slopes of the Mauna Loa volcano, on the Big Island of Hawaii, the analog habitat also maintains a laboratory where the possibilities of living in an inhospitable environment are explored. And this is not just a place without oxygen and far enough that a “hello” sent to Earth takes 15 minutes to arrive and another 15 minutes to be answered. Working outside the shelters with gloves, protective clothing against radiation and oxygen tanks with limited reserves does not make anyone’s life easier.

“Imagine trying to pick up a rock or scrape microbes off a cave wall in a bulky space suit with fluffy gloves, with a time limit because you don’t want to run out of oxygen. This is what analogue astronauts do daily in the habitat of the HI-SEAS lunar base in Hawaii as they prepare for future missions to the Moon and Mars, ”said astrobiologist Michaela Musilova, director of HI-SEAS and a participant in the International MoonBase Alliance (MAGNET).

(The International Alliance for a Base on the Moon is, according to the entity’s website, “an association composed of scientists, educators and entrepreneurs from space agencies and industries worldwide to promote the development and implementation of an international base on the Moon”. )

The routine of the small group of researchers is the same as that of future astronauts on extraterrestrial soil: in Extra-Vehicle Activities (AEVs), how to excavate and use lava tunnels (also a potential place to install future human colonies off Earth, for being natural shelters against radiation and adverse weather conditions) for the collection of samples for research on the planet’s (or the Moon’s) past,

As Wikipedia teaches us, lava tubes are “natural channels through which lava reaches the surface in a stream of magma, expelled by an erupting volcano”; according to Musilova, they keep the history of the evolution of the planets and may contain “bio-signatures of life, as well as caves and some lava tubes on Earth”.

“These channels are not easy to explore, which is why astronauts in Hawaii wear space suits. Developing research on restricted clothing makes it much more difficult to do, taking three times as long. We need to train extensively on Earth to find the best methods and create the best suits for AEVs so that we can carry out this type of research on the Moon and Mars one day, “said Musilova in a statement.

The habitat itself is small: 110 square meters for the astronauts’ quarters and the mission laboratory. There is a commander, an operations officer, an engineer, a communications officer and more scientists, such as astrobiologists and astrophysicists.

The base of Hawaii is not the only one that simulates extraterrestrial life: there are others, such as shelters in the Atacama deserts, in Chile and Utah, in the USA. All of them have in common the harsh environment, the difficulties of survival and the analysis of not only the physical but psychological conditions of the members of the mission.

“This allows the team to test technologies to be sent into space and train researchers and explorers,” said astrophysicist Bernard Foing, director of the EuroMoonMars project, from the European Space Agency (ESA).