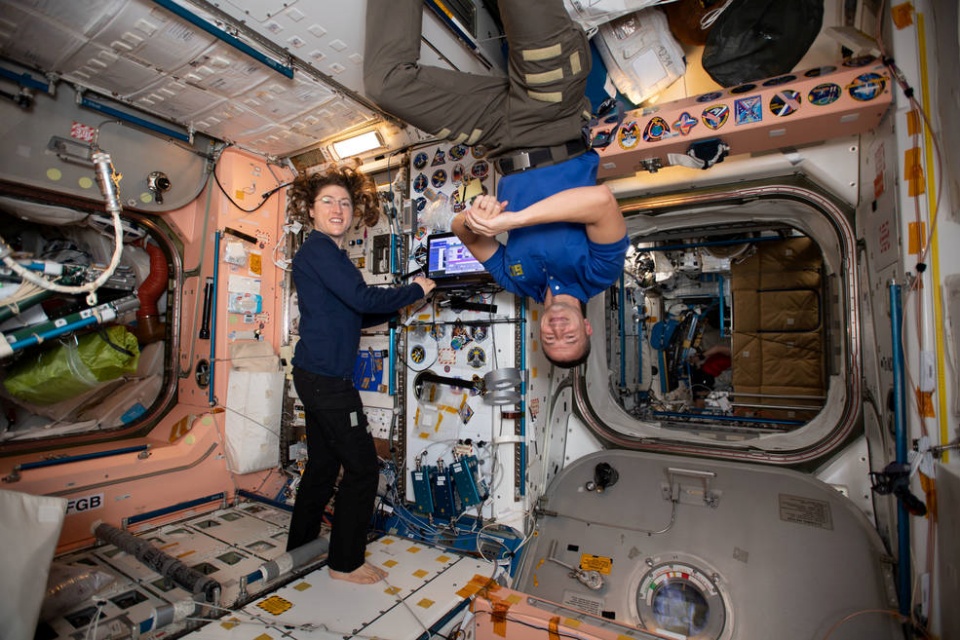 Taking a vacation trip whose destination is a few hundred kilometers above Earth, instead of going to the beach or the countryside, is something that will be possible in the not too distant future for those who have the courage – and a fortune available to use with The space tourism.

The “hotel” is likely to be the International Space Station (ISS), located just over 400 kilometers in altitude and orbiting the planet once every 92 minutes, traveling at 27,700 km / h, where some astronauts live.

In the orbital laboratory, these professionals have a routine similar to the terrestrial. They eat, sleep, do their physiological needs, work and play, having to adapt all activities to the zero-gravity environment, which affects the body in several ways. 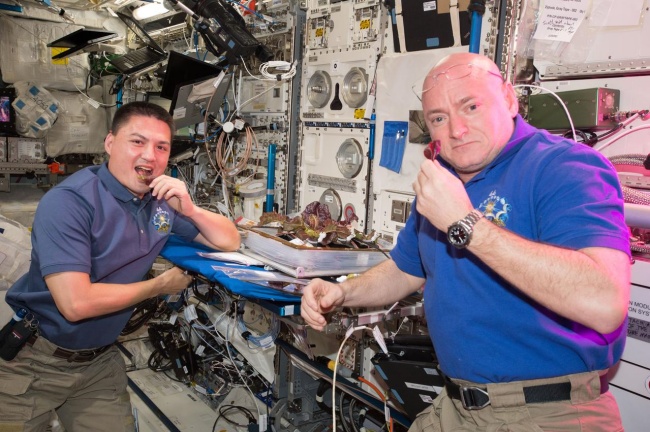 The routine at ISS even includes growing lettuce.Source: NASA / Disclosure

Faced with this challenge, have you ever imagined how dangerous it can be (there are risks like space radiation), curious and complicated life in orbit? Find out how astronauts live in space, knowing a little of the routine on the ISS.

In the first space travels, food was made available in paste or powder, requiring the addition of water and the use of a straw. This solution is still used in some dishes, but the menu is already much broader, and may include fruits, sweets etc.

There is even ketchup, mustard and mayonnaise to season the food, while salt and pepper are provided only in liquid form, to prevent the grains from spreading through the Station and causing damage. Speaking of liquids, the drinks are mostly rehydratable, needing to add water to the powder to consume them. 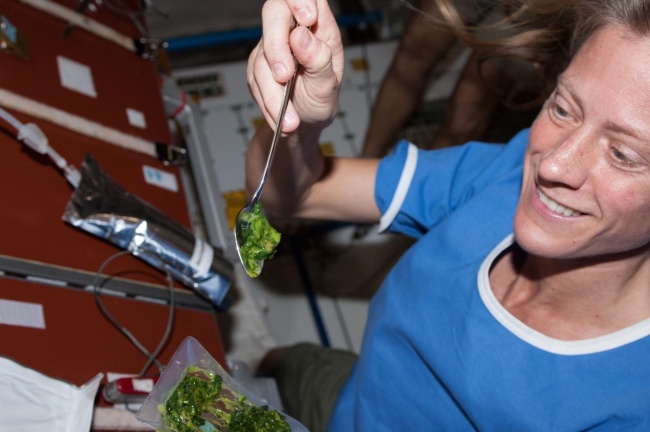 The station’s kitchen has an oven and gained its first refrigerators in 2020. Another detail is that when eating, astronauts attach food to a tray, which can be tied to the body or to the wall.

And the space toilet, how does it work?

The time to use the bathroom in space is another big challenge. To urinate and defecate, they have a system that sucks air and waste into tanks. The liquid wastes are recycled and transformed into water, scarce there, while the solids are stored for disposal in soil.

Each astronaut has his own urinal funnel, connected to the toilet hose when using it, while the process of defecating is a little more complicated, requiring the individual to be completely attached to the seat. 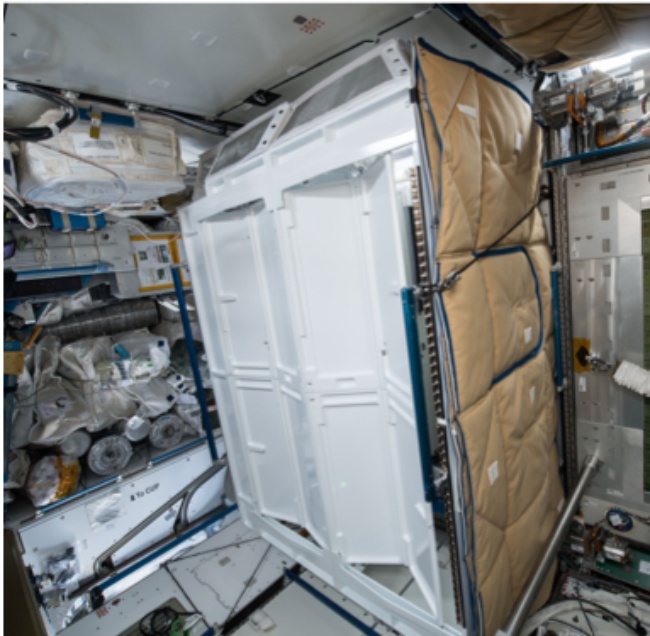 The bathrooms are inside cabins, for greater privacy.Source: NASA / Disclosure

The bath has no shower or hot water. Astronauts use sponges moistened with recycled water, soap and shampoo without rinsing. At the end, they usually wear the same clothes as before, since the pieces cannot be washed and need to be used to the fullest.

There is also a hygiene kit for each one, including toothbrush, toothpaste, dental floss, comb and razor with special shaving cream that does not let hairs float. When brushing their teeth, they have the option of spitting the paste on a towel or swallowing it.

Exercises and fun in the heights

The ISS routine also includes physical activities, essential to prevent bone and muscle loss, as well as other effects caused by space travel in the body, such as changes in the immune system. On average, the team works out two hours a day, using equipment different from that of conventional gyms, to compensate for microgravity. 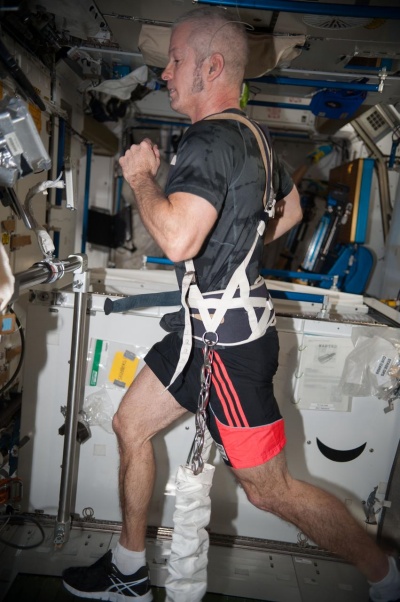 Astronauts have a “space academy” at their disposal.Source: NASA / Disclosure

Another important part of the astronaut’s day is the time to relax. In addition to looking out the ISS window and enjoying a breathtaking view, they love to access social media to share photos and videos, watch movies and series, read, play cards and games, listen and play music, and chat with family for video conference.

After a fun and tiring day at work, nothing like lying down and falling asleep, is it? In space, sleeping bags are used that are trapped in the crew cabins, a kind of room for astronauts. 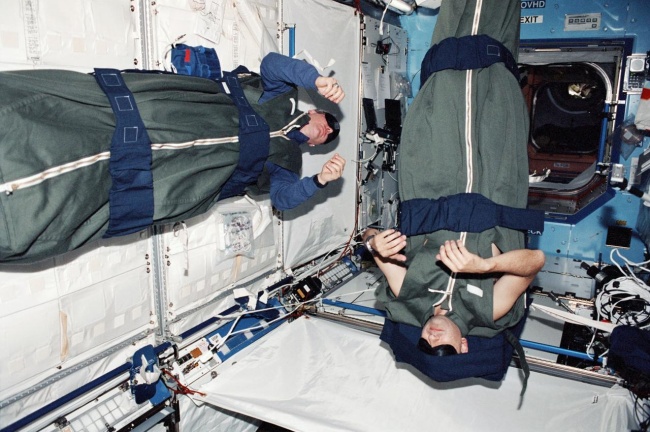 As they sleep at work, there is no risk of being late.Source: NASA / Disclosure

The bags prevent them from floating while resting and bumping into an instrument, guaranteeing between 8 and 10 hours of peaceful and invigorating sleep.