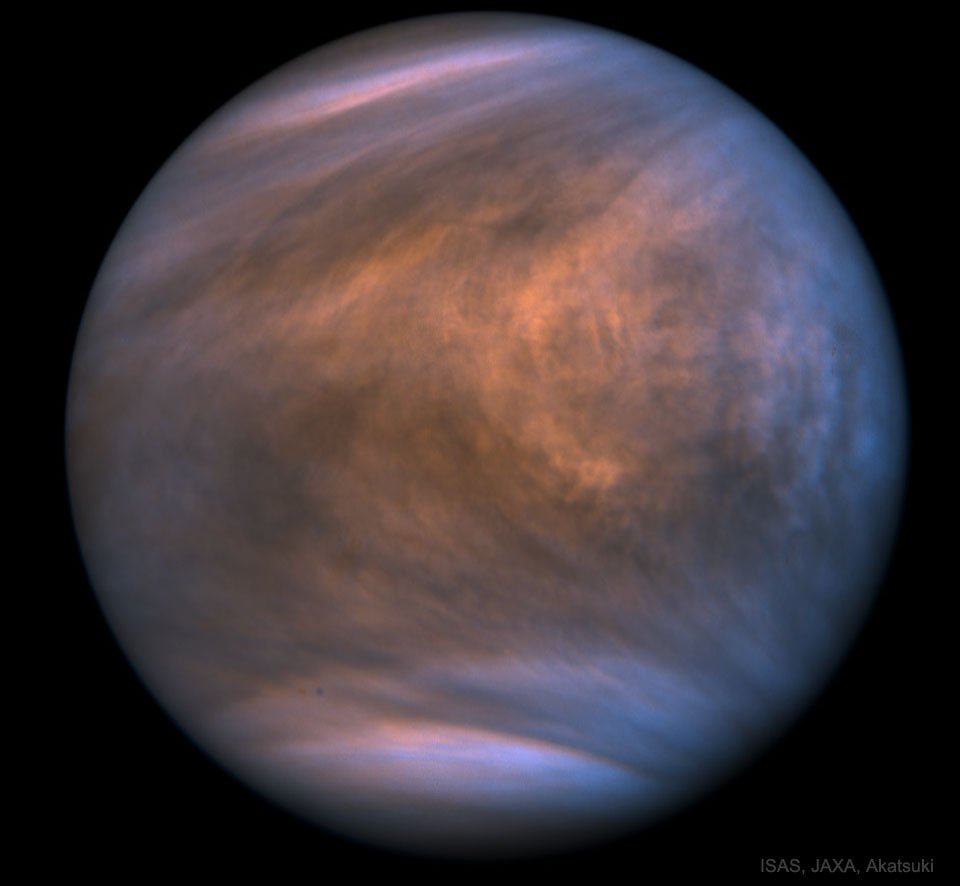 This week, we’ll talk about the differences between meteoroid, meteor and meteorite, and learn a little more about the hottest planet in the Solar System!

The planet Venus, the second in distance from the Sun and the closest planetary neighbor to Earth, takes the rank of the hottest planet in the Solar System. It is one of the four rocky planets and is often called Earth’s twin because of their similarity in size and density. However, this resemblance doesn’t go much further than that: Venus is a radically different planet from our peaceful and pleasant blue planet. Its atmosphere is thick and highly toxic to most of life as we know it. Filled with carbon dioxide, Venus’ atmosphere is also shrouded in yellowish clouds of sulfuric acid that trap heat, causing a runaway greenhouse effect on a planetary scale. As a result, temperatures on its surface average 475 degrees Celsius, which is hot enough to melt even thick lead plates! To top it off, the atmospheric pressure caused by these layers of gases on its surface is overwhelming: more than 90 times the atmospheric pressure on Earth at sea level, which would be equivalent to the pressure a submarine would undergo at a depth of more than 1,000 meters into the ocean!

NASA’s unmanned Galileo spacecraft was launched on October 18, 1989 and its main objective was to study the planet Jupiter, its moons and also other bodies in the Solar System. Named after the Italian physicist who discovered its 4 largest moons, Io, Europa, Ganymede and Callisto, the Galileo spacecraft orbited Jupiter for about eight years and, in that period, made passes through all these natural satellites. Its main camera and nine other instruments sent a wealth of data and reports that enabled scientists to determine, among many other things, that Europa probably has a vast underground ocean with more water than is found in all the oceans on Earth combined! With their data it was also discovered that the volcanoes of the moon Io have rapid and periodic activity and that the giant moon Ganymede has its own magnetic field of reasonable intensity, which is uncommon in many natural satellites in the Solar System. On September 21, 2003, after 14 years of mission, the probe ended its activities by launching into Jupiter’s atmosphere and disintegrating completely.

#3: What is the difference between a meteoroid, a meteor and a meteorite?

Although they are all space rocks, the definition of each of them is distinct and we call them by different names depending on where they are. In general terms, meteoroids are cosmic rocks that roam in space whose sizes and dimensions range from tiny dust grains to tiny asteroids of a few meters. When meteoroids enter the Earth’s atmosphere (or, indeed, any other planet in the Solar System, like Venus and Mars, for example) the high speed of the fall causes them to burn due to friction with the molecules in the atmosphere, causing large luminous streaks in the sky, popularly known as “shooting stars”. At that time, they are called meteors. When a meteor survives the incineration of the Earth’s atmosphere and reaches the ground, even partially, it is called a meteorite.

#4: The grandiose rings of Saturn!

Saturn’s majestic rings are the largest ring system in the Solar System! Known at least since 1610, thanks to observations of Saturn made by a rudimentary telescope by Galileo Galilei, the rings are formed by thousands of small particles composed essentially of icy rocks. They have several distinct bands whose rays extend for up to several tens of kilometers and are filled with rocks of variable dimensions ranging from a few micrometers to a few meters. The distances separating these particles from each other are also variable, making the rings not a continuous solid structure but a large system of space debris orbiting the giant gas planet.

The astronomical object cataloged as M13, better known as the Great Globular Cluster of Hercules, is one of the brightest star clusters in the night sky. About 25,000 light-years away from our Solar System, M13 contains hundreds of thousands of stars that are clustering in a dense region only 150 light-years across! The closer to the cluster’s core, the more stars per unit light year are found, up to a staggering number of up to 30 stars in a cube a light year across! This stellar neighborhood is very different from ours, for example, in that the Sun has its closest neighbor at a distance of about 4.2 light years.