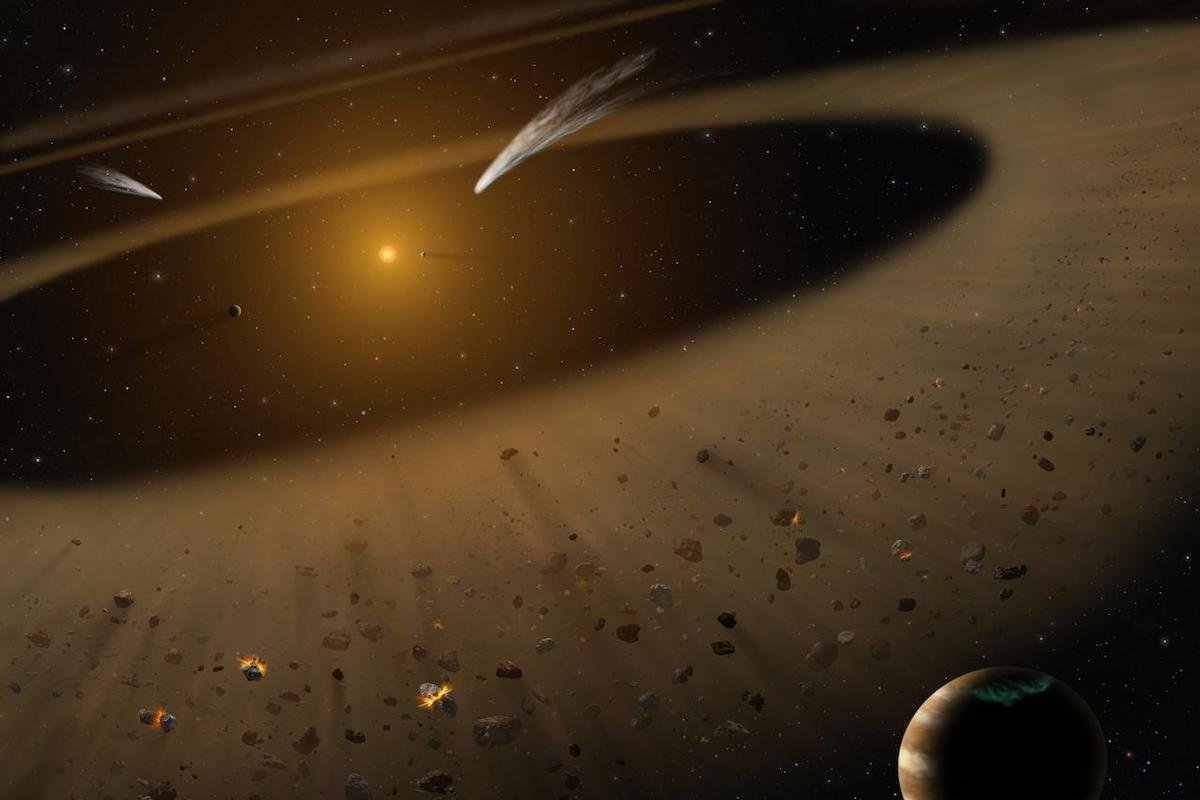 The best pumpkin of #Halloween go to… our SUN!

This image was taken with ultraviolet data from NASA’s SDO Space Telescope.

The bright areas show active solar regions, which are markers of the complex web of the Sun’s magnetic field.#AstroMiniBR pic.twitter.com/u4TwDhgD5v

Every October 31st, on Halloween, professional astronomers, hobbyists and enthusiasts comb through the celestial object archives looking for images that look like the terrifying objects here on Earth. One of the most famous and darling of all is the image above our Sun resembling a Halloween pumpkin lantern! The light parts on the Sun’s surface are actually centers of active regions that have coincidentally combined to look like a scary face. Captured on October 8, 2014, the image was registered by Solar Dynamics Observatory, or SDO, which observes our Sun continuously at all times it orbits it in space. These active regions appear brighter because they are the areas that emit the most light and energy. These regions are markers of a large set of magnetic fields that circulate in the Sun’s atmosphere, called the corona. To achieve this effect, the image combines observations at two ultraviolet wavelengths, at 171 and 193 angströms, which are normally edited in the familiar gold and yellow colorations!

The Andromeda galaxy is 6 times larger in the sky than the full moon, however, its brightness is too dim to be easily seen with the naked eye!

This composite image shows what the night sky would look like if Andromeda were brighter!#AstroMiniBR

How big are the galaxies in the Universe? One of the most distant objects on Earth that is visible to the naked eye on dark nights is galaxy M31, the great Andromeda Galaxy. About 2.5 million light-years away from us, Andromeda is a huge spiral galaxy that appears to our eyes as a cloudy blur, faint and diffuse. A closer look, with a small telescope, will show a bright yellow core, dark winding dust lanes, and bluish spiral arms. With a diameter of a staggering 220,000 light-years, even though it is much further away than the absolute majority of celestial objects visible to the naked eye, Andromeda is a titan in our sky: it is about six times larger than the Moon! This can be seen in the image above, which compares the angular size of the nearby galaxy to a familiar view of the Moon.

#3: Laika the little dog, the first animal to orbit the Earth!

Although other animals had already been launched into space in suborbital flights, the dog Laika earned her place in history by becoming the first animal in orbit, launched aboard the Soviet satellite Sputnik 2 64 years ago on 11/3/57. #AstroMiniBR pic.twitter.com/TkO0awfQUJ

From the late 1940s to the mid-1960s, nearly a hundred medium-sized animals made their way into space travel, including dogs, monkeys and rabbits. A good number of them never returned, dying in accidents at various stages of the missions. Among these is the famous dog Laika, the first animal deliberately sent on a one-way trip in Earth orbit. Laika lived on the streets of Moscow when she was compulsorily “summoned” to provide services to the Soviet Union’s space program. The little dog went into space on November 3, 1957, aboard Sputnik II, and died a few hours after launch due to the stress caused by the overheating of the cabin when entering orbit.

#4: The amazing life of massive stars!

If the Sun lived for an hour, a star with 30 solar masses would live in less than 5 seconds!

And you believing that the Universe brings justice. #AstroMiniBR

Massive stars are those that have a mass about eight times the mass of the Sun. What is impressive in size, they also have a fantastic life: this category of stars usually lives a relatively fast main-sequence phase, they pass through a short red supergiant stage and die spectacularly through a supernova explosion! Comparatively, if a star like the Sun had its life counted in hours, a massive star would have its life counted in seconds.

#5: Are the rocks in the Solar System weird?

North American astronomers claim that the chemical composition of rocky planets must be very different from the Solar System!

They came to their conclusion by analyzing polluted white dwarfs that “absorbed” the material around them. #AstroMiniBR pic.twitter.com/or0niCaoWc

A new study in astrogeology suggests that most nearby rocky exoplanets are quite different from anything else in our Solar System. In a communication published in the scientific journal Nature last Tuesday (2), astronomers and geologists released the results of a work that sought to unravel what planets outside the Solar System are made of. To do this, the researchers studied the atmospheres of what are known as polluted white dwarfs, which are dense cores of dying stars that contain material from planets, asteroids or other rocky bodies that orbited the star but ended up being “devoured” by the white dwarf and “contaminating” its atmosphere. Scientists have found that these white dwarfs have a much broader range of compositions than any of our Solar System’s inner planets, suggesting that the planets and other rock bodies that made up their star systems had a greater variety of rock types, with compositions so unusual that researchers had to invent names like “quartz pyroxenites” and “periclase dunes” to classify the new types of material.