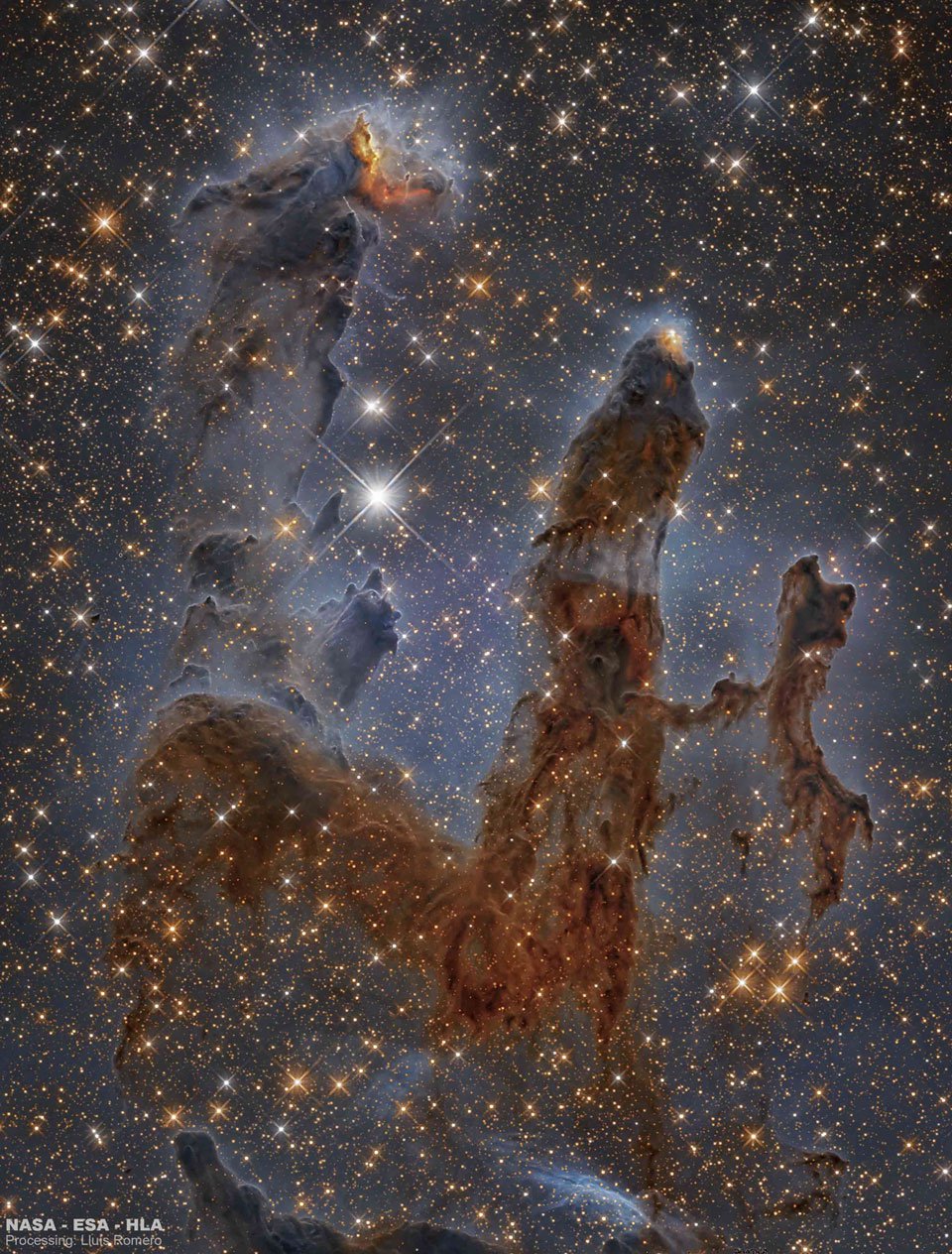 every saturday, the TechWorld and #AstroMiniBR bring together five relevant and fun astronomical curiosities produced by collaborators of the non-Twitter profile to spread the knowledge of this science which is the oldest of all!

This week, we’re going to talk about astronomy invisible to human eyes, a rose-shaped nebula to greet spring and the stunning lakes of Titan! Come on?

What we know as visible light, made up of all the colors of radiation observable to the human eye, constitutes only a tiny portion of the electromagnetic spectrum: about 0.0035%. This means that the absolute majority of electromagnetic phenomena are entirely invisible to us. Fortunately, in the study of the Universe, many instruments make it possible to observe the universe in different bands of the electromagnetic spectrum, from radio waves and microwaves to more energetic bands, such as ultraviolet rays and X-rays. One of the most common filters in astronomical telescopes, in addition to those for visible light, is infrared filters. The wavelengths in the infrared range are fundamental in astronomy because they make it possible to see structures that are hidden in the visible spectrum. In interstellar objects like nebulae, for example, clouds of dust and gas are easily detected at long wavelengths in the infrared. To see newborn stars in these clouds of dust and gas, astronomers instead make observations at short infrared wavelengths that penetrate thick layers of dust!

Spring began last Wednesday (22) in the southern hemisphere and few things cheer astronomers more than finding familiar shapes (like flowers!) in celestial objects! The image above, the Rosetta Nebula, needs no explanation about what it resembles. More than 5000 light-years away from us, this nebula is not the only one to conjure up the image of a rose in the mind, but it is certainly one of the most famous. The cosmic cloud of gas and dust is located on the edge of a large molecular cloud in the constellation Monoceros, the Unicorn. The “rose petals” are actually a huge stellar nursery whose symmetrical shape is sculpted by stellar winds and radiation from the hot young star cluster located at its center. These stars are only a few million years old and their central region is about 50 light-years across!

It’s okay that it’s not fair to talk about “walking” in space, since, in reality, astronauts’ feet don’t touch anything solid and they just float. But, anyway, the American astronaut Bruce McCandless lived a dream of many! In February 1984, Bruce floated above the Earth, entirely free, at a distance of about 100 meters from the space shuttle Challenger’s cargo bay, farther than anyone has ever been before. Guided by a Manned Maneuver Unit (MMU), the astronaut was one of the first to experience this “free walk through space” during the space shuttle’s 41-B mission. The MMU worked by firing jets of nitrogen and was used to help astronauts position and retrieve satellites. With a mass in excess of 140 kg, an MMU is heavy on Earth, but, like everything else, it appears weightless when in orbit. This instrument was later replaced by the smaller and more sophisticated backpack propulsion unit known as the SAFER.

Aside from Earth, Saturn’s large moon Titan is the only known place in the Solar System with stable liquid lakes and seas on its surface. The image above shows, in false color, the lakes near the pole of the satellite composed essentially of methane and ethane. The lakes are at extremely low temperatures of approximately -180 degrees. These surface maps were constructed with radar data from NASA spacecraft Cassini obtained during transit flights between 2004 and 2013. The darker regions of the lakes reflect relatively little of the transmitted radar signal compared to the bluer ones. . Titan is also believed to be teeming with smaller lakes up to 50 kilometers in diameter.

#5: You know the Earth year, but what about the galactic year?

The galactic center, where a supermassive black hole is believed to be, is the region in which the stars – along with the gas and dust in the galaxy’s disk – orbit. The Solar System, like all stars visible to the naked eye, are located in a spiral arm of this disc, called the Arm of Orion. The galactic year, commonly known also as the cosmic year, defines the amount of time it takes for the Sun to orbit once around the center of the Milky Way. A galactic year is equivalent to approximately 230 million Earth years. The average speed at which the Solar System orbits the galaxy is around 230 km/s or 828,000 km/h. At that speed, any object could make a complete circle around the Earth at the height of the equator in just 2 minutes and 54 seconds!