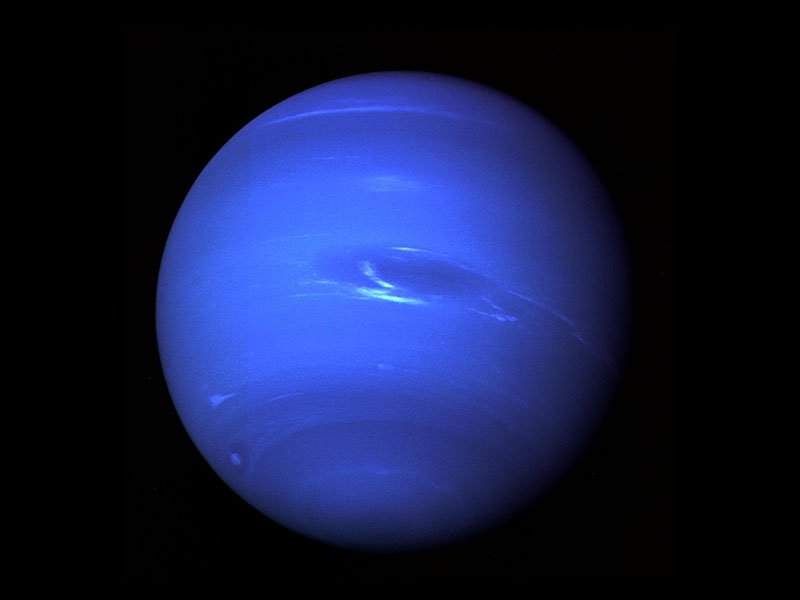 This week, we’re going to talk about Neptune, NASA’s new super telescope, and the age of planet Earth. Come on?

Neptune, the eighth planet in the Solar System—and the last since Pluto was demoted to the status of a dwarf planet—was discovered in September 1846 by observations of the French astronomer and mathematician, Urbain Le Verrier. The discovery of Neptune was due to the identification of perturbations in the orbit of Uranus, which moved slightly behind in its path around the Sun compared to theoretical predictions. Because of this, astronomers imagined that there must be another planet besides Uranus that was gravitationally influencing it and altering its movement. This hypothesis proved correct years later, after years of mathematical calculations and predictions. Today, 175 years later, we have a wealth of information about Neptune that has improved significantly over the past century. For example, we know that most of its atmosphere is made of hydrogen and helium, invisible to our eyes. Furthermore, its blue coloration, which certainly influenced the choice of the Roman god who names it, comes from small amounts of atmospheric methane!

The James Webb Space Telescope (JWST) is not just a scientific successor to Hubble: it will be the largest, most powerful and complex telescope ever launched into space that will fundamentally alter our understanding of the Universe in many areas of astronomical knowledge! Scheduled to launch on December 18, 2021, JWST is an orbital infrared observatory that will complement the decades of important discoveries made by Hubble. You will observe the sky with longer infrared wavelength coverage and improved sensitivity. The longer wavelengths allow JWST to look much deeper into the Universe, investigating the times. In addition, the telescope will study the previously unseen formation of the first formed galaxies, as well as the interior of the dust clouds where stars and planetary systems are forming!

Under the dark night sky of regions far from light pollution, the Milky Way’s expanse can be a dramatic sight! The image above shows a panoramic record of our galaxy over the horizon, where it is distorted due to the perspective effect in the photo capture. In it, the night sky presents the myriad of stars and the great cosmic “dust rivers” of the Milky Way, along with the colors of the nebulae that are not easily seen with the naked eye. In addition to these objects, it is also possible to see well-known bright stars, such as Antares, and planets such as Jupiter and Saturn, visible even in lighter night skies. Under the arc of the Milky Way, there is also a bit of zodiacal light, which is sunlight reflected by dust orbiting the inner Solar System. Also, the Milky Way isn’t the only galaxy on the scene! On the right, just above the horizon, a close eye can find the Large Magellanic Cloud, a satellite galaxy of ours!

#4: The retrograde movement of the stars!

If we’re not talking about an asteroid on a collision course with Earth, little (or no) movement of a celestial object will affect human life. Some planets, when seen from Earth, appear, over a certain period of time, to draw a “loop” in the sky and then return to the previous direction of their original trajectory. This phenomenon is described by the so-called retrograde motion: the apparent motion in loop or “S” shape caused by the relative positions between Earth and the planet in question. In other words, planets that exhibit retrograde motion do not actually reverse the direction of their orbits. The apparent “backward” motion relative to the background stars is a reflection of the Earth’s own motion, which can be seen each time the Earth passes the planets orbiting farther away from the Sun.

When the solar system established itself in its current configuration about 4.5 billion years ago, the Earth formed when gravity brought together gases and dust together to the position of third planet relative to the Sun. Earth’s primitive atmosphere was likely composed essentially of hydrogen and helium. As the planet changed and the crust began to form, volcanic eruptions frequently occurred, pumping water vapor, ammonia and carbon dioxide into the atmosphere around the planet until, slowly, the oceans began to form and take shape, places where eventually life would evolve.