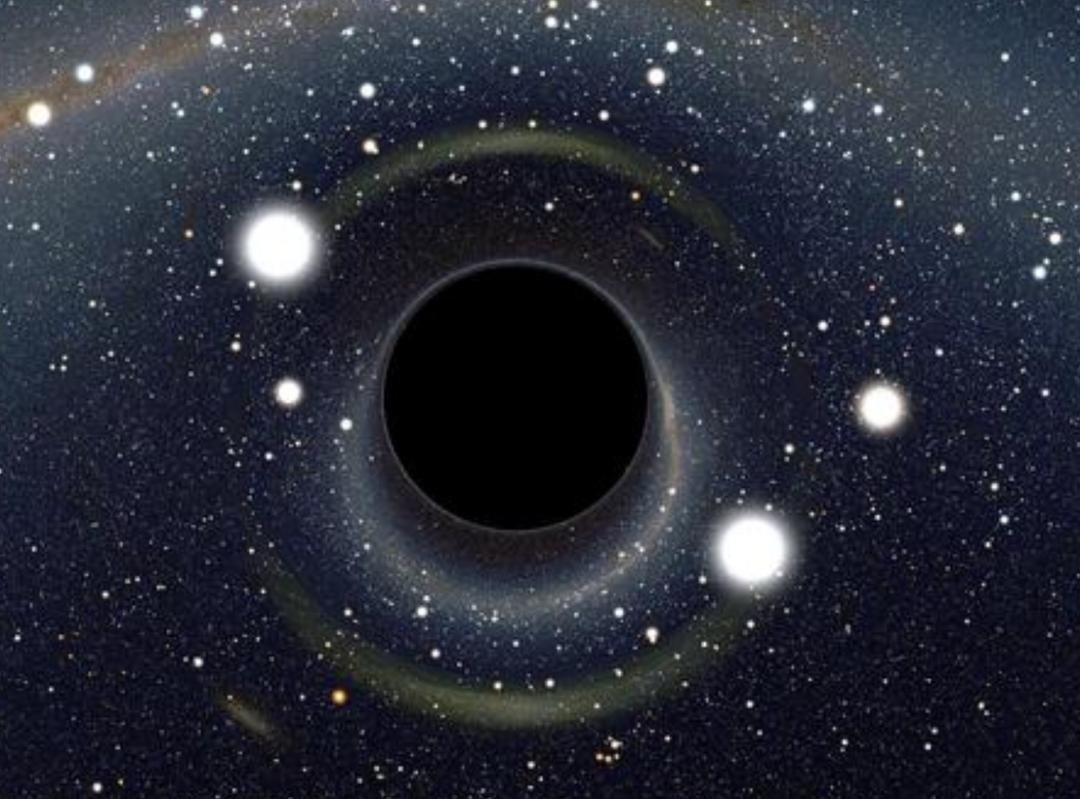 every saturday, the TechWorld and #AstroMiniBR bring together five relevant and fun astronomical trivia produced by the profile’s contributors on Twitter to spread the knowledge of this science which is the oldest of all!

Scientists analyzed the movement of thousands of stars in the Large Magellanic Cloud, and found an 11-solar-mass black hole hidden there! #AstroMiniBR pic.twitter.com/FT3EYmdZNI

The “very large” telescope, the VLT (Very Large Telescope) from the European Southern Observatory (ESO), detected a “hidden” stellar black hole outside the confines of our galaxy. We speak hidden because, as these bodies do not emit light, it is only possible to know their existence through direct methods. Observing how this cosmic titan gravitationally influences the motion of a nearby star, astronomers discovered its presence due to its unique orbital characteristics. The use of this method to detect a black hole outside the Milky Way is unprecedented and could be fundamental for the discovery of many others, both in our galaxy and in neighboring galaxies. Detecting the presence of black holes is essential to understand how these objects form, how they evolve and how they affect the environment around them. The discovered black hole in question is about 11 times the mass of our Sun and is located about 160,000 light-years away from us in the Large Magellanic Cloud (NGC 1850). More specifically, it’s in a young cluster, about 100 million years old, with tens of thousands of stars!

A REAL image of the end of life of a star with a mass close to the mass of our Sun.

This is the “Cat’s Eye” planetary nebula.

The image above shows a combination of data from the Chandra x-ray observatory and NASA’s Hubble Space Telescope. For some, it resembles the eye of a feline, which gives it its popular name. Called the Cat’s Eye Nebula (NGC 6543), it lies in interstellar space three thousand light-years from Earth. It is a typical classical planetary nebula that represents the short but splendid final phase in the life of a low-mass star. In the center is a dying star that has produced the outer pattern of concentric, bright layers that expand into space at a speed in excess of a million kilometers per hour. The Cat’s Eye is just under a light-year across, and represents a similar fate to our Sun, destined to enter its own phase of planetary nebula evolution some 5 billion years from now.

#3: And still talking about planetary nebulae…

This is the necklace nebula! ??

It is a planetary nebula (end of life for stars like the Sun).
The “shining stones” are dense clumps of gas!

In the center is a pair of stars that are so close* that they appear as a single point. #AstroMiniBR
(c) @Deep Sky pic.twitter.com/CMJyoY8HEo

The beautiful image above is the Necklace Nebula, also a massive and impressive planetary nebula, 15,000 light-years away from the Solar System. The small, shiny structures that appear to be the diamonds on the necklace are actually luminous nodes of ionized gas! At the center of the nebula, there are possibly two stars orbiting so close together that they share a common atmosphere and appear as a single celestial body in this Hubble image. The small clouds of gas with a reddish glow in the upper left and lower right are the result of powerful stellar winds emanating from the central region. Although the shape and manner in which these glowing jets formed is not fully understood, astronomers estimate that the Necklace Nebula is only about 5,000 years old and that it is about 5 light-years across.

“The chemistry that produces life is easily reproduced throughout the cosmos.”
“If there is no life outside Earth, then the universe is a huge waste of space.”
– Carl Sagan#CarlSaganDay#AstroMiniBR pic.twitter.com/mjrWnJYzCk

Carl Sagan was the most famous astronomer in the world for the last century. American born on November 9, 1934, would be 87 years old this last Tuesday. Writer and excellent scientific disseminator, he was also a spectacular scientist. Among his many activities as a researcher, he contributed to the discovery that Venus’ atmosphere is extremely hot and dense, and found evidence that Saturn’s moon Titan contains oceans with organic molecules that are the matrix of life as we know it. Carl Sagan was a staunch advocate of the search for extraterrestrial life, which included sending probes to other planets and analyzing data from large radio telescopes for intelligent signals coming from outside Earth. November 9th has been celebrated worldwide every year as Carl Sagan Day: a date to honor his incomparable life and work!

#5: The day we landed on Venus

?? WE HAVE BEEN ON VENUS

Despite temperatures of up to 460°C and atmospheric pressure 92x higher than ours, we’ve already landed on the planet.
In 1975 and 1982, 4 USSR Venera probes took the first and only photos of there, showing the cracked soil and CO2 atmosphere.#AstroMiniBR pic.twitter.com/JBcARLMOKh

In March 1982 a Soviet robotic landing module called the Venera 14 parachuted through the thick Venusian atmosphere towards its surface. The desolate landscape depicted in the photographs above includes flat rocks and vast empty terrain in a region near the equator of Venus. Even though it was built to withstand temperatures approaching 450 degrees Fahrenheit and pressures more than 70 times greater than those on Earth, the robust Venera spacecraft lasted only about an hour. Its data has been transmitted throughout the Solar System nearly 40 years ago, and image processing and analysis continues to this day!