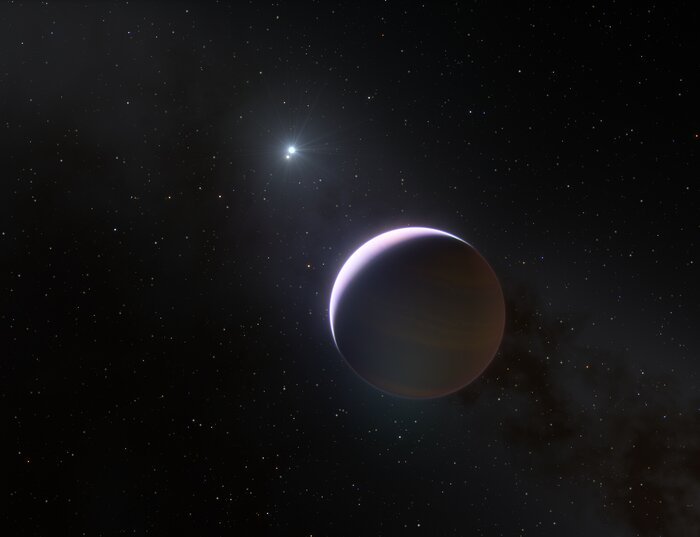 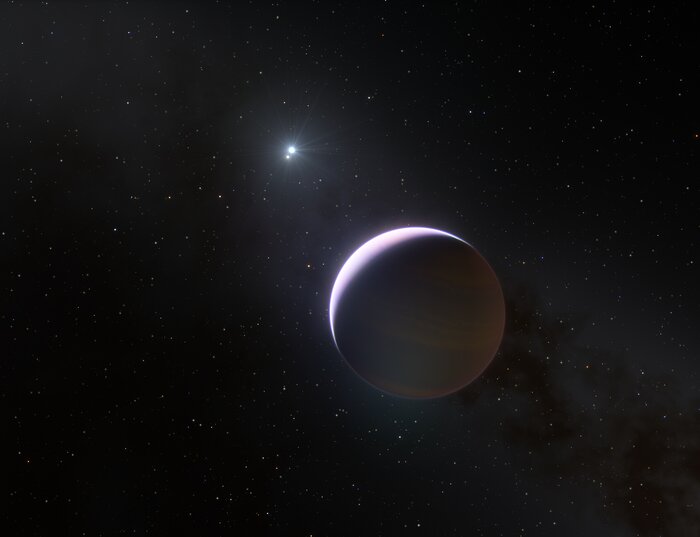 Planets outside the Solar System exist in droves. Planets that orbit binary star systems are also not quite what we would call a big news, nor does it seem to be an unusual fact in the Universe. Last Wednesday, however, astronomers at the European Southern Observatory (ESO) released an actual image of a planet orbiting b Centauri, a binary star system that, in addition to being visible to the naked eye, it has the interesting aspect of being the hottest and most massive star system to host planets yet! The registration was done by Very Large Telescope (VLT), a telescope located in Cerro Paranal, Chile, and represents an exciting discovery for astronomers because it drastically alters the known relationship between massive stars and planets in their orbits. Furthermore, the planet discovered in the b Centauri system is located in an entirely different environment than those found in the Solar System: at more than 10 times the mass of Jupiter, the planet is in a hostile environment and is bombarded by intense incoming radiation. of the pair of extremely massive and hot stars!

#2: How is the Sun’s mass distributed?

That the Sun is extremely large and massive compared to the Earth (and the things that exist on its surface) you may already know. The Sun is so big that its volume could easily fit 1,300,000 Earths! Its mass is so intense that it corresponds to 99.8% of the total mass of the Solar System! These figures are so impressive that they led astronomers Imke Pater and Jack J. Lissauer, authors of a famous book in the field called “Planetary Sciences” (in free translation), to refer to the Solar System as “the Sun and some dust” . However, one thing you might not know is that our star is not a sphere of homogeneous density! Detailed mathematical models of the solar interior, based on astronomical observations and knowledge of stellar astrophysics, allow us to explore many “hidden” aspects of the Sun, one of them being exactly this: the inner half of our star concentrates 90% of its mass!

Not everyone would like to have the answer to this question, but for those curious, one option to get a glimpse of this future (besides using the infamous smartphone apps) is to apply to pursue a career as a military pilot or an astronaut! That’s because these two professionals are commonly subjected to training where the g-force is deliberately increased in order to simulate certain conditions experienced by the body when it goes through intense maneuvers and accelerations! These trainings are designed to prevent loss of consciousness induced by increased acceleration (known in technical jargon g-loc), a situation in which the action of g forces moves blood away from the brain to the point where the pilot to faint. As loss of consciousness incidents can be fatal during space missions or in aircraft, training like this is essential.

The beautiful spiral galaxy NGC 1055 makes up a small group of galaxies 60 million light years away from us and is the dominant member of the system. Presenting itself to us in profile, NGC 1055 is larger in diameter than our own galaxy, stretching over 100,000 light years into the Cosmos. In contrast to its dense layers of dust are the vast regions of pinkish star formation, which spread across the entire disk of the galaxy. Its luminous halo is also mixed with thin, faint structures of dust, possibly the debris of a satellite galaxy that merged with it some 10 billion years ago!

#5: A moon with more water than all the oceans on Earth put together!

A large part of Jupiter’s moon Europa is made up entirely of water. The Galilean moon has a vast and deep ocean of liquid water under a layer of ice on its surface, which can range from 80 to 170 kilometers in average depth! If we consider 100 kilometers as its average depth, all the water in Europa could be gathered into a sphere with a radius of almost 900 kilometers! Because of this vast water source and the intense energy “pumped” by Jupiter into its interior, Europa became one of the favorite spots in the Solar System where it could harbor life. For this reason, in the coming years, NASA intends to send a probe to the satellite in order to explore this possibility!