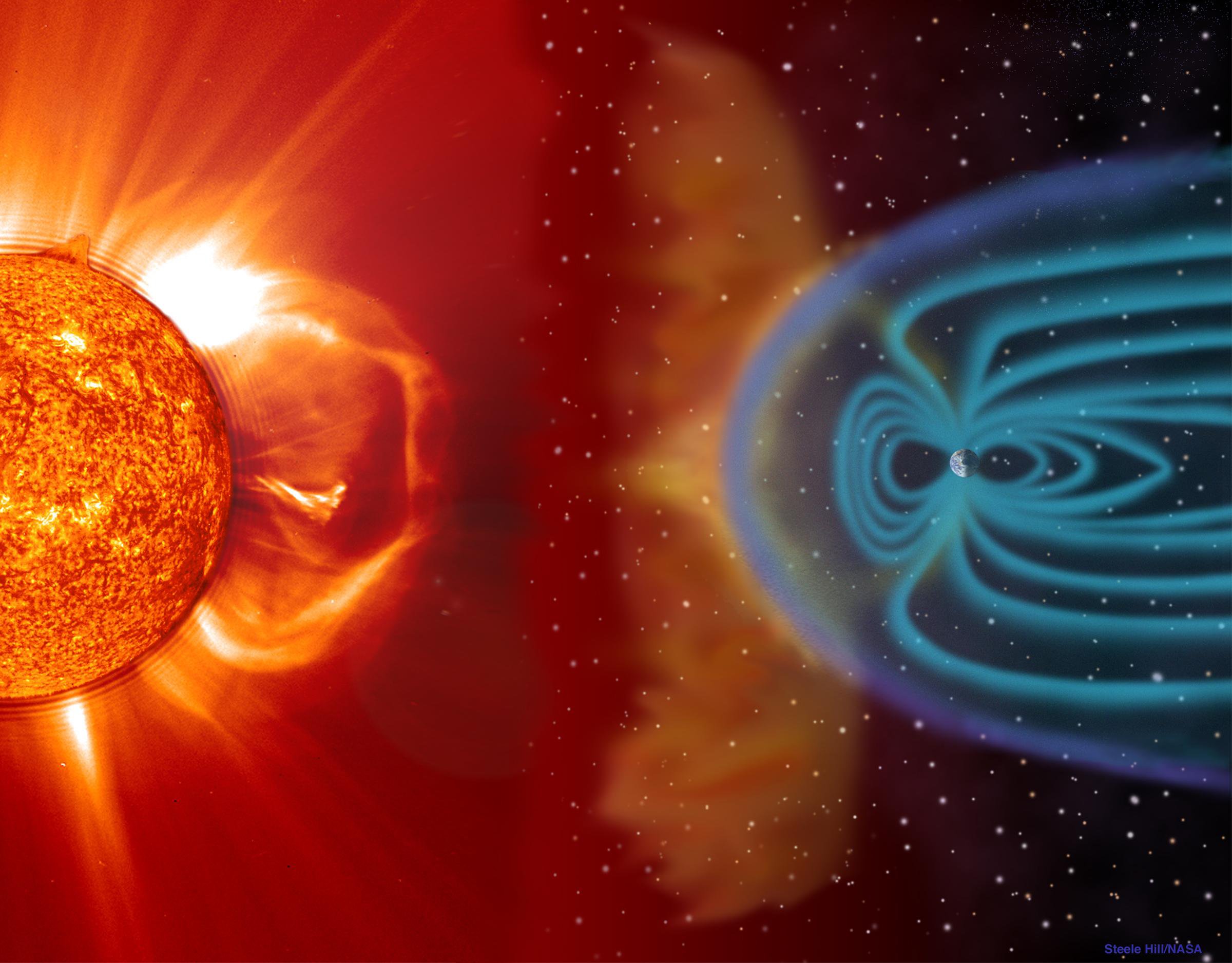 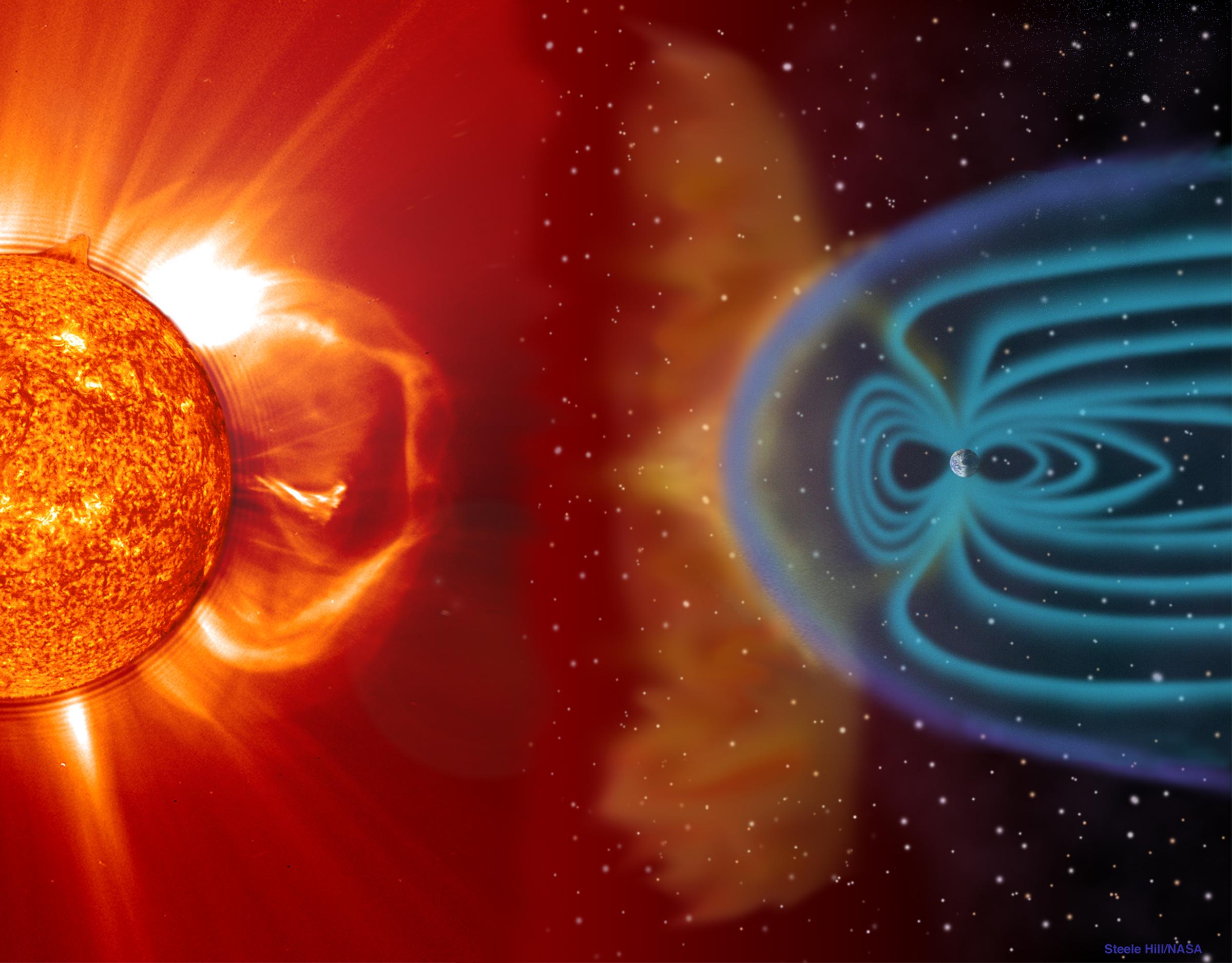 Every Saturday, the TecMundo and #AstroMiniBR bring together five relevant and fun astronomical curiosities produced by the collaborators of the non-Twitter profile to spread the knowledge of this science that is the oldest of all!

#1: Auroral alert at the planet’s poles!

The Sun is the main source of energy for the entire Solar System. In a single hour, it produces more energy than the entire amount of energy used by all human beings in a year! One of the most impressive solar events and one of the most related to our planet is the coronal mass ejection. It is the release of solar plasma (consisting mainly of extremely energetic ions and free electrons) and the magnetic field that accompanies the Sun’s corona (which is its luminous envelope) to the solar wind, which in turn will be emanated to all directions. A coronal mass ejection is often associated with flares on the Sun’s surface and other intense forms of activity. During such events, also known as magnetic storms, the stream of particles emanating can reach the Earth’s magnetic field which will act as a shield and will redirect these particles towards the planet’s poles. In these regions, the flow of particles will come into contact with the molecules of the upper layers of the Earth’s atmosphere and this meeting will produce the beautiful luminous phenomena known as the polar lights: if they occur at the North Pole, they will be called northern lights whereas if they occur at the south pole, they will be called austral auroras. This is a common phenomenon not only on Earth, but on virtually every planet in the Solar System that has magnetic fields!

#2: The Ring Convention in the Solar System

Contrary to what one might think, Saturn is not the only giant planet with a ring system in our cosmic condominium. In fact, rings appear to be relatively common structures on many planets in the Universe. In the Solar System, for example, in addition to Saturn, the other three gas giant planets, Jupiter, Uranus and Neptune, have rings around them. In fact, they are not as lush and majestic as Saturn’s, but they are there, faint and slightly thin. These structures are composed of pieces of ice and rock that vary in size, ranging from a few centimeters to several tens of meters. The rings are believed to form when asteroids, comets or any other large objects like moons pass too close to the planet and are torn apart by the planet’s gravity. To pass “too close” means to cross a point in the space between them, called the Roche Limit, where this body will no longer be able to hold together by its own gravity and will be destroyed by the overwhelming force of the planet it orbits.

In the group of planetary friends, Uranus would certainly be that different colleague. While all the planets in the Solar System have relatively vertical rotation axes, some vary a little more or a little less in relation to the inclination of the axis (Earth, for example, has its axis of rotation inclined by approximately 23º), Uranus rotates around itself practically lying down: its axis of rotation is inclined at about 98º. Theoretical models suggest that this is due to a major collision between Uranus and another celestial body about the size of Earth. In addition, there are models that advocate collision not with one, but with two objects of significant size, all at different times, but very close to the birth period of the Solar System as a whole.

#4: A cosmic collision in a distant star system

The HD 166191 system is a young star located about 329 light-years away from us in the constellation Sagittarius. Combining observations of this star with NASA’s Spitzer Space Telescope with observations made by telescopes on the surface, a team of astronomers discovered a cloud of debris in the star’s terrestrial zone. This cloud is believed to have been created by a large impact involving objects several hundred kilometers in size. This finding, which was published in the journal Astrophysical Journalis important because looking at dusty debris disks around young stars means, in the language of physics, looking back in time and seeing the processes that may have shaped our own Solar System!

#5: A telescope in the heights

The Stratospheric Observatory for Infrared Astronomy (SOFIA) is a telescope attached to a modified Boeing 747SP aircraft. It is a 2.7-meter reflecting telescope that works perfectly at high altitudes: when flying into the Earth’s stratosphere, the SOFIA telescope is above 99% of the portion of the atmosphere that blocks the arrival of infrared radiation on the Earth’s surface. . In this way, being on the plane allows for a much sharper observation at these wavelengths, allowing astronomers to study the Solar System and many other aspects of our Universe.