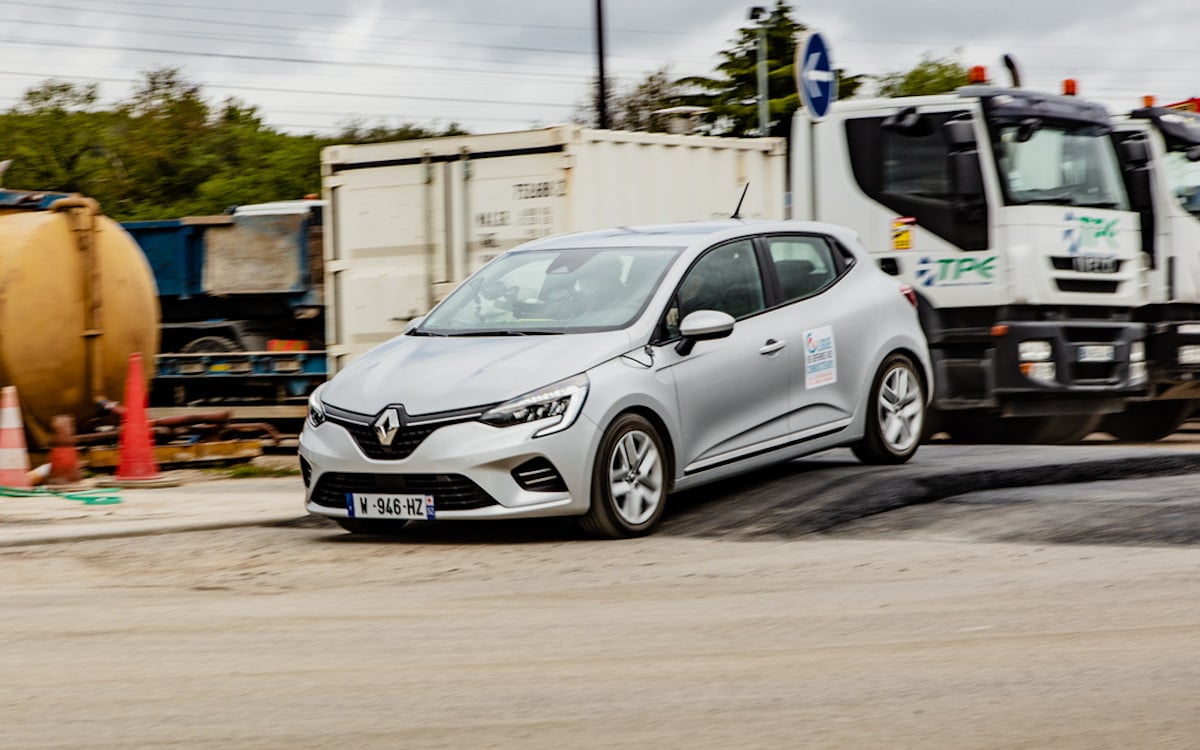 Several associations have published a report on speed bumps. According to the results of their investigation, speed bumps are polluting and noisy. They also increase energy consumption. And many of those on the roads do not comply with the law. Not to mention the deterioration in the comfort of motorists.

Speed ​​bumps are made to ensure that drivers are going at a measured pace. They are generally positioned on busy or risky axes. Their installation is obviously subject to rules. And the dimensions of the retarders are obviously limited, in particular in height at 10 cm, but that’s just theory. Because some speed bumps are more than 20 cm high.

Read also – Mini turret radars: after the highways, they arrive in town from November 2020

Several associations have been fighting for years against these speed bumps. They claim that they cause damage to vehicles (especially those whose dimensions are not respected) and cause accidents. They also claim that speed bumps also promote increased energy consumption, CO2 emissions, noise pollution and physical ailments for drivers.

So far, these claims have not been backed up by quantitative data. So difficult to prove anything. But that was before. This week, several associations (League for the Defense of Drivers, Pour une Automobile Sereine et Durable, Automobile-club des Avocats) called on two journalists from Automobile Magazine to create a test protocol and carry out tests on a closed circuit.

They chose the Linas-Montlhéry circuit and installed two speed bumps. A first to legal standards (10 cm high). And another less standardized (24 cm high). They used two cars for these tests: one Renault Clio (1 liter, 90 hp) and a Peugeot 3008 (1.2 liters, 130 hp). And they measured consumption, noise and pressure on the shock absorbers. And the results are obviously overwhelming. 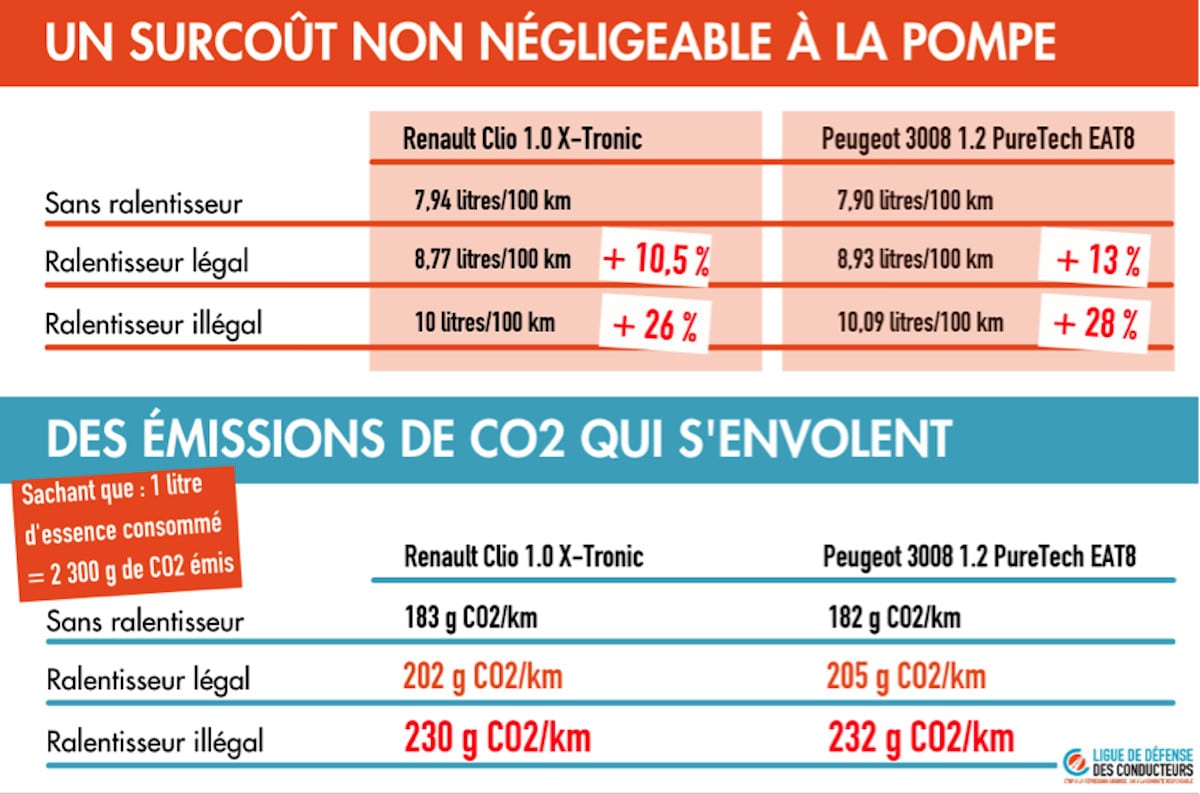 A regulatory retarder increases by 10% to 13% (depending on the model) fuel consumption compared to the same stretch of road without a retarder. This is due to a sequence of braking (with loss of kinetic energy) and acceleration. Non-regulatory speed bumps increase up to 28% energy consumption. We can then convert these measurements into CO2 emitted: a car that emits 183 g CO2 / km will emit 205 g on a normal speed hump and 230 g on a too high speed hump. Or between 20 and 50 grams more!

With these figures, the associations that participated in the study are asking the public authorities to write a decree on speed bumps in order to better control their dimensions and force municipalities to comply with the rules, with the aim of reducing traffic pollution. automobile. This battle is not trivial: there are more than 450,000 speed bumps in France.