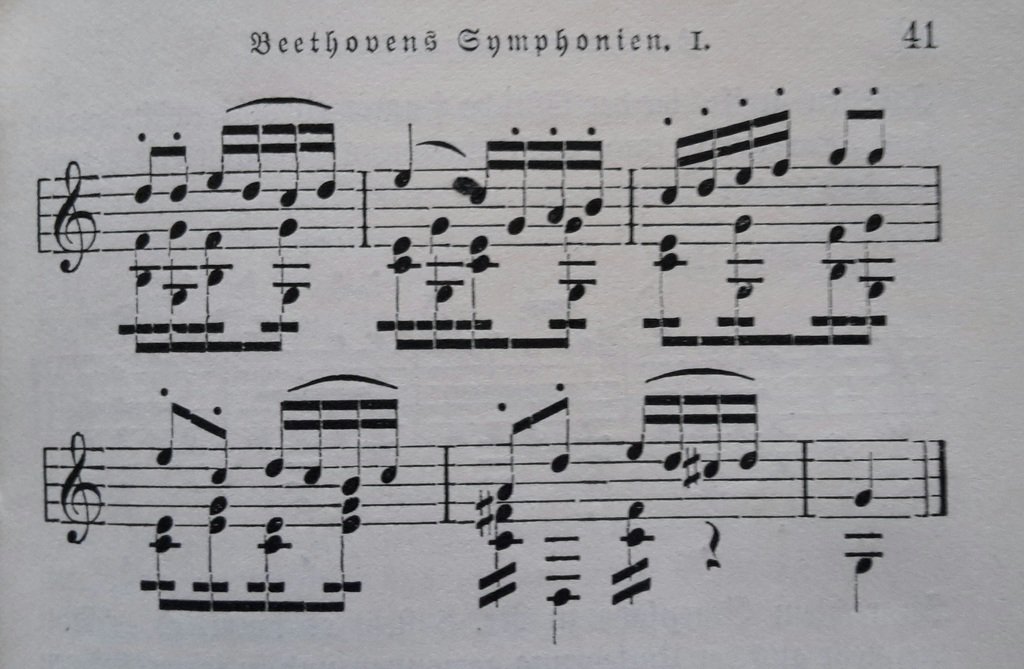 Almost 200 years have passed since Beethoven died, leaving behind an unfinished work: the Tenth Symphony. The remembrance date of his death this year, however, will bring a new “his” composition to fans. The musician’s latest work was completed by artificial intelligence (AI) technology. The work will have a world premiere in Bonn, Germany, the city where the composer was born, and on the main streaming music platforms available on the internet on October 9th.

In 1824, Beethoven premiered with great success his final work, Symphony No. 9 in D minor. For the next three years, he worked on a tenth symphony, but he died before completing it. What was left of her were only fragmentary sketches of the first movement. But now, the fragments have been turned into a complete musical piece by a team of music historians, musicologists and composers in partnership with computer scientists.

The Beethoven X project began work on the work in 2019 and sought to remain faithful to the creation process and to Beethoven’s original vision. Ahmed Elgammal, Ph.D. Professor of Computer Science at Rutgers University (New Jersey, United States) and the principal computer scientist involved in the project, wrote an article about the experience of finishing the symphony. The material was published on the website The Conversation.

The scientist said that he and his team needed to teach the machine all of Beethoven’s work, as well as his creative process. The composer left behind only a few musical notes and many ideas, which, for a human being, it would be possible to finish faithfully. In 1988, Barry Cooper – a musicologist specializing in the composer’s work – had already tried a first move, but was unable to go further due to the limited material available.

Written for orchestras, symphonies usually have four movements: a fast first, a slower second, and a medium third that leads to a quick, apotheotic ending. Elgammal’s team’s artificial intelligence had to do this by filling in the gaps left by Bethoven. For this, they had the help of an Austrian composer: Walter Werzowa. He was tasked with putting together a new type of composition, joining what Beethoven left behind with what the AI ​​generated.

“This was a big challenge. We didn’t have a machine that we could feed sketches into, press a button and make it spit out a symphony. [2019] I couldn’t continue an incomplete piece of music beyond a few extra seconds,” explained Elgammal.

The project’s musicians deciphered and transcribed the sketches of the Tenth Symphony, trying to understand Beethoven’s intentions. “This was a tremendous challenge. We had to teach the machine to take a short sentence, or even just a motif, and use it to develop a longer and more complicated musical structure, just as Beethoven would have done,” wrote the scientist in the article.

Over the next 18 months, artificial intelligence built and orchestrated two entire movements, each lasting 20 minutes. The material was then tested in expert auditions to see if they could determine where Beethoven’s sentences ended and where AI extrapolation began. Journalists, music scholars and Beethoven experts failed. The result will be presented on the next 9th, by the Beethoven Orchestra, in Bonn.

Dr. Elgammal stated that he expects some resistance, such as questioning the limits of AI and art. “But when it comes to the arts, I see AI not as a substitute, but as a tool,” said the professor.

And you, do you believe that a machine was able to emulate Beethoven’s talent? There is an excerpt of the work already available on the internet, performed by the orchestra. Listen:

Let us know in the comments what you think. The complete work will be available on the main music platforms from the 9th on this link.