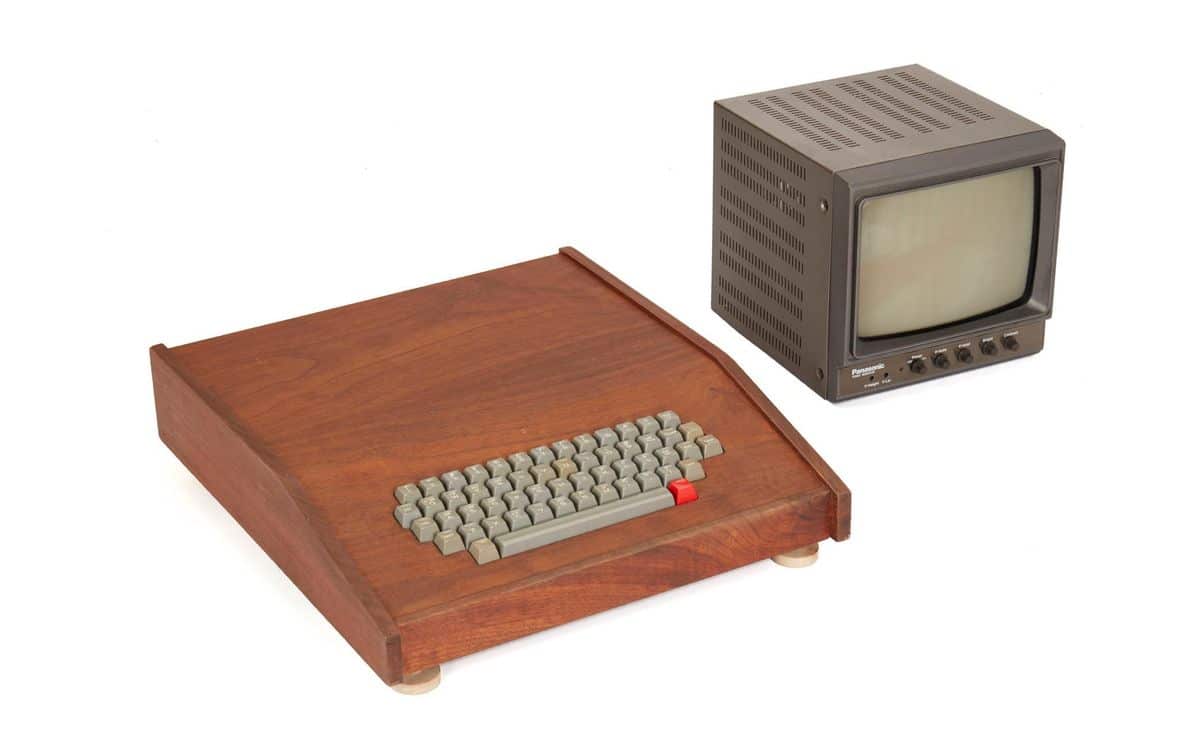 A model of Apple-1, Apple’s first computer, is going to be auctioned off in California. This is an extremely rare model with a starting price of $ 200,000. The auction house hopes to exceed $ 500,000.

It is one of the most popular objects for collectors. One of the most difficult computer products to find, because it is manufactured in very few copies: l’Apple-1, Apple’s very first computer. A model is being auctioned today by California auction house John Moran.

The Apple-1, in perfect condition, is offered at a starting price set at $ 200,000, but the auction house estimated the actual price to be between $ 400,000 and $ 600,000. According to an expert interviewed by the Los Angeles Times, the object could sell for at least $ 500,000. Note that in 2014, another model was auctioned in New York and was sold for 905,000 dollars. It is not impossible that the battle will be tough at auction and the price will explode.

The sold model of Apple-1 is in perfect condition, restored and authenticated as such by experts. Today, there are only 60 units left worldwide and only 20 of them are in working order. More so, only six benefit from a Koa wood frame. The computer sold today is one of them, which further explodes its price. Of course, advance auctions have already been carried out. One can expect a fierce battle from collectors.

The computer comes with an original monitor made by Panasonic, a copy of the user manual, an original programming manual as well as tapes for its operation. In short, it is almost new. A real treasure and part of the history of IT.

The holy grail of collectors

The Apple-1 is a rarity. It was designed in 1976 by Steve Jobs, Steve Wozniak and Ronald Wayne. At the time, the three friends made their baby in the garage of Jobs’ house in Los Altos (in Silicon Valley). The model presented at auction was therefore assembled in the hands of the late boss of the Cupertino company.

Sold at the then exorbitant price of 666.66 dollars in local stores, it had only been produced 200 copies. He was quickly eclipsed by the Apple 2 in 1977, a model with which Jobs and his gang were successful, but he remains the pioneer, the one with which it all began. The model auctioned today was sold in 1977 to a professor at Chaffey University. The latter then sold it to one of his students to buy the Apple-2 a few months later. The student has kept it ever since. It took him well.

More than a vintage computer today, the Apple-1 is one of the cornerstones of computer history. Its format, its ease of use and its way of functioning inspired all the competition of the time, in order to give the computing that we know today. The 2021 MacBooks come from there. A Grail for collectors who are willing to shell out crazy sums to get one. Moreover, the presence of this product at auction is profitable for the John Moran auction house, which thus makes its sale known around the world.

The funniest thing in history is that this luxury auction does not have a computer theme, since it mainly highlights works of art and luxury furniture. We will of course keep you posted on the price at which this computer sold at the end of the auction. If you have enough, you can even try your luck on the auction house site.