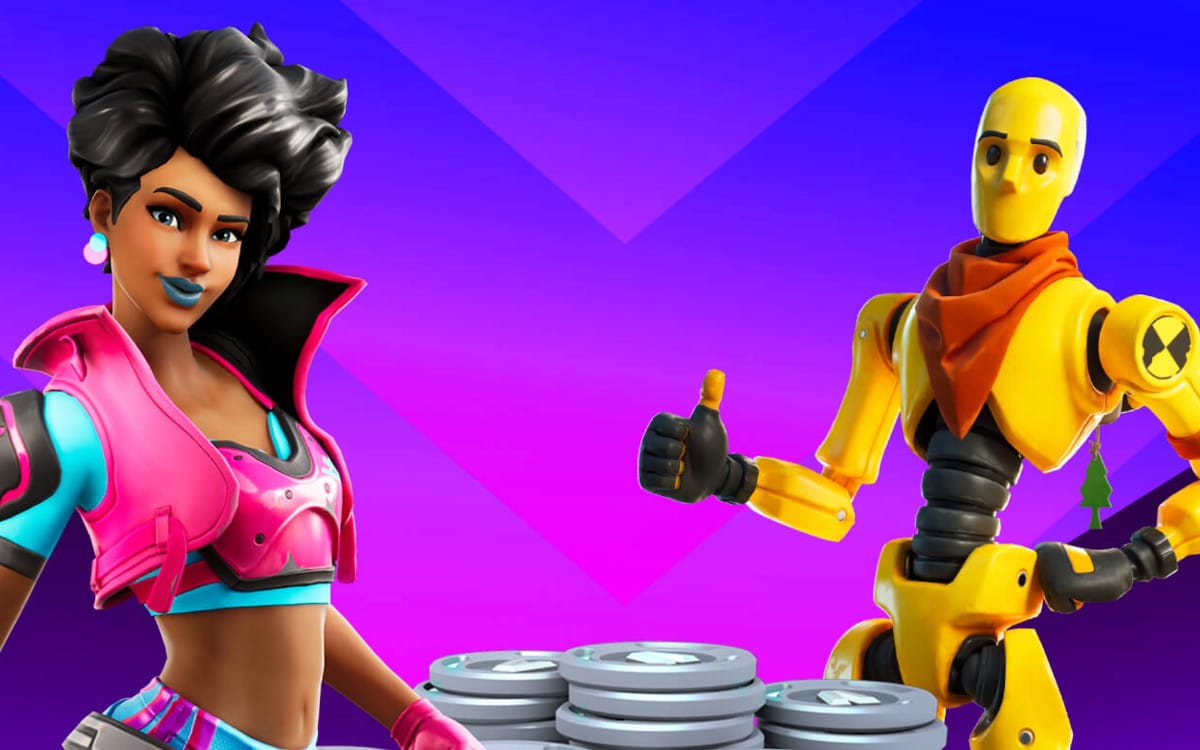 New twist in the Epic case against Apple: the Cupertino company files a complaint against the publisher of Fortnite for abusive breach of contract by including an alternative payment system that jeopardizes its business model. Apple also reveals the amount gleaned by Epic with the iOS version of Fornite: $ 600 million.

It’s here big money war between Apple and Epic Games. The creator of Fortnite criticizes the Cupertino company for not giving the creators of applications the choice of the payment system and for seizing 30% of revenue made from the work of its teams. Apple believes that the commission is fair compensation for the service rendered to Epic which can monetize its games with iOS players.

By wanting to integrate an alternative payment system that bypasses that of Apple, the Cupertino company immediately reacted by banning the application from the App Store (note that Google made the same choice on the Play Store). Epic has taken the matter to court, claiming that Apple is in violation of its rights. The latter counter-attacked by threatening to delete the developer account of Epic Games, meaning that Epic games and all games developed under Unreal Engine would follow the same path as Fortnite.

Apple strikes back in court

Fortunately, US justice prevented Apple from doing this. Yes, Epic can no longer develop new apps or update old ones. No, Unreal Engine game creators will not be penalized. So many ideas do not please Tim Sweeney, the boss of Epic. He took the fight to social networks (with his anti-Apple tournament) and to developers. This harms the brand image of the creator of the iPhone who has decided to counter-attack in court.

We are indeed learning thatApple filed suit against Epic Games with the California court. According to her, the attempt to integrate an alternative payment system into Fortnite is an abusive breach of contract. In the statement filed with the judge, Apple said that Tim Sweeney, who was very happy with the App Store when it came to recruiting players on iOS, was aware of the conditions of access to the app store.

Apple adds that behind the image of a developer advocate lies a multi-billion dollar company that makes hundreds of millions of dollars every year with Fortnite. Epic’s desire to integrate its own payment system would therefore, according to the firm, be a simple economic tactic to stop paying an intermediary. Which is certainly not wrong.

Epic made $ 600 million with Fortnite on iOS

The firm describes this conflict as justa simple commercial disagreement and not a crusade for free competition on iOS. Some regulators in Europe, the United States and Australia, however, have opened investigations to verify whether there is not a problem of abuse of dominant position. We also remember that two years ago, Apple faced Qualcomm in court because Apple no longer wanted to pay so much for the founder’s modems. The latter had then qualified their confrontation of “simple commercial disagreement”. Funny turnaround.

And that’s not all. In its complaint, Apple reveals a very interesting figure: the amount generated by Epic Games with Fortnite since the latter was available on the App Store: $ 600 million. It is not clear whether this is the amount Apple paid to Epic or the amount for in-app purchases. In one case, the $ 600 million goes into Epic’s pocket. In the second, only 70% of the sum goes to the game publisher. That is $ 420 million after application of the Apple tax.

In the first case, the Cupertino company would have received $ 257 million in commission on in-app purchases from Fortnite. In the second case, the firm would have earned “only” $ 180 million. So Fornite is making a lot of money for Epic and Apple. By “forcing” the latter to remove Fornite from the App Store by its “bad decisions”, Epic will therefore, according to Apple, cause a shortfall. And obviously, the firm is claiming damages for the damage. This is not lacking in panache!

Note that Fortnite is the number one free-to-play game in terms of revenue. In 2019, it generated $ 1.8 billion in revenue across all platforms.