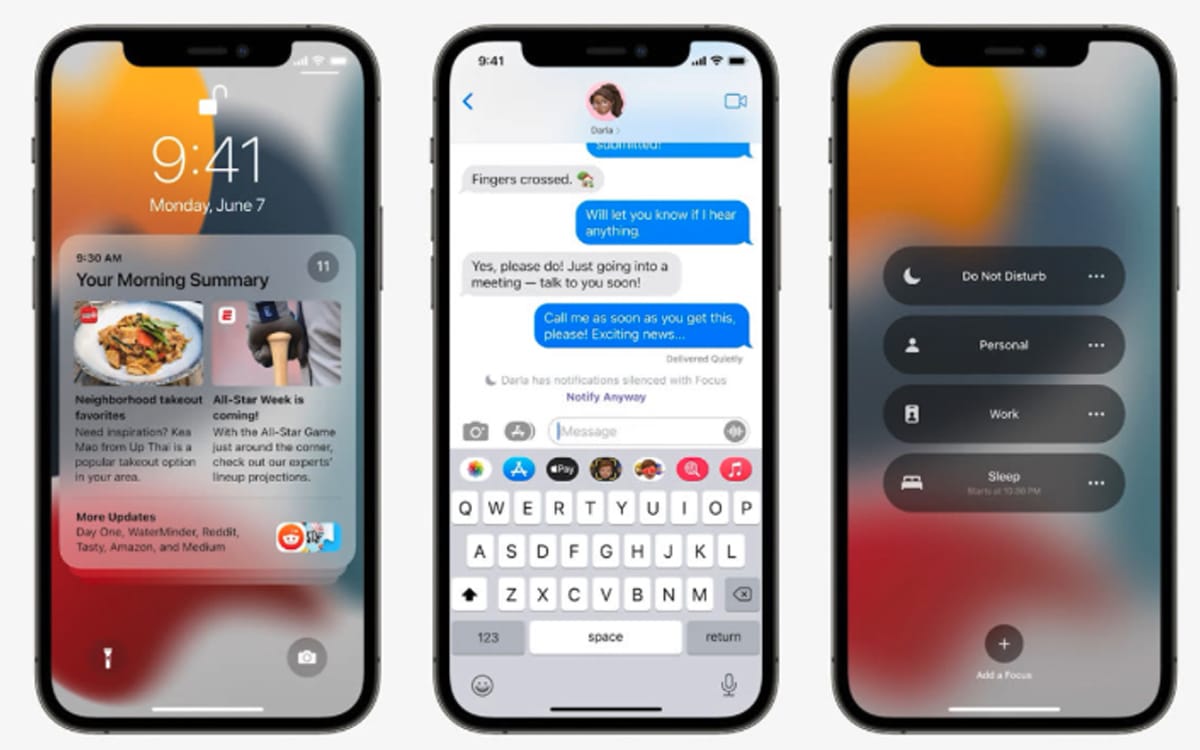 iOS 15 has just been unveiled. At the WWDC 2021 opening conference, Apple detailed all the new features of the upcoming iPhone update. The Cupertino giant has notably announced several new features for FaceTime, smart notifications or a function called SharePlay. We take stock of all the features announced by Apple. 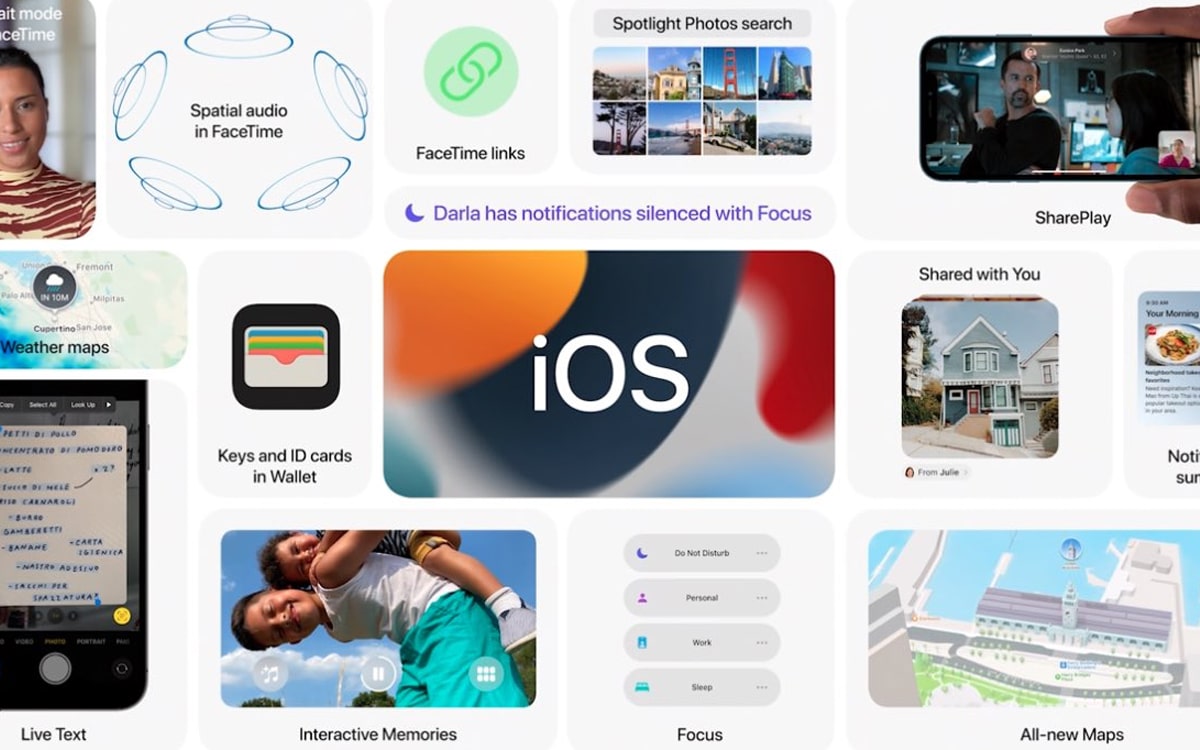 As expected, Apple took advantage of WWDC, the annual conference dedicated to developers, to lift the veil on the novelties of the iOS 15 update. This new version of the operating system will not be deployed in final version before the autumn.

While waiting for the deployment of the stable version, Apple will offer users to test the update by joining the beta program. Initially, the program will be reserved for developers. If Apple stays true to its usual schedule, the iOS 15 beta will open to the general public sometime in July 2021.

Apple started off by describing all the new stuff in FaceTime on iOS 15. First of all, the video and audio call service will soon be compatible with theSpatial audio. Already added to Apple Music, this Apple technology extends the sound range of an audio track. Thanks to algorithms, FaceTime will now give you the impression that your interlocutors are in the same room as you, in different places.

Apple will also allow share a FaceTime conversation or group via a link generated directly from the app. This invitation link makes it easy to add friends to a conversion, such as on Zoom or Telegram in particular. Surprise: it is also possible to invite users on Android or Windows. FaceTime will then run in a web browser. 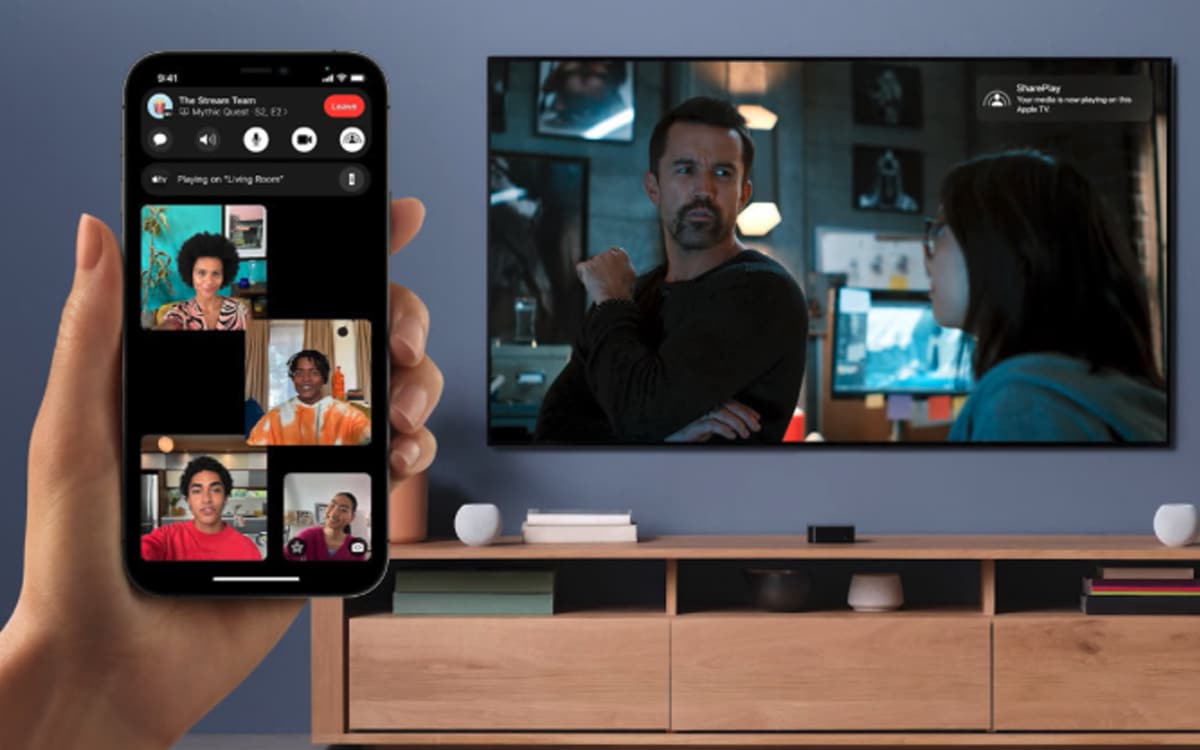 The American group also adds a function called “SharePlay” at FaceTime. During a conversation on FaceTime, it will be possible to share music via Apple Music. All the participants of the call will then listen to the chosen song simultaneously. Likewise, Apple allows you to watch a movie or series through Disney + or Apple TV + while on a call with your friends. iOS 15 will also allow you to share the content of your screen during a conference. 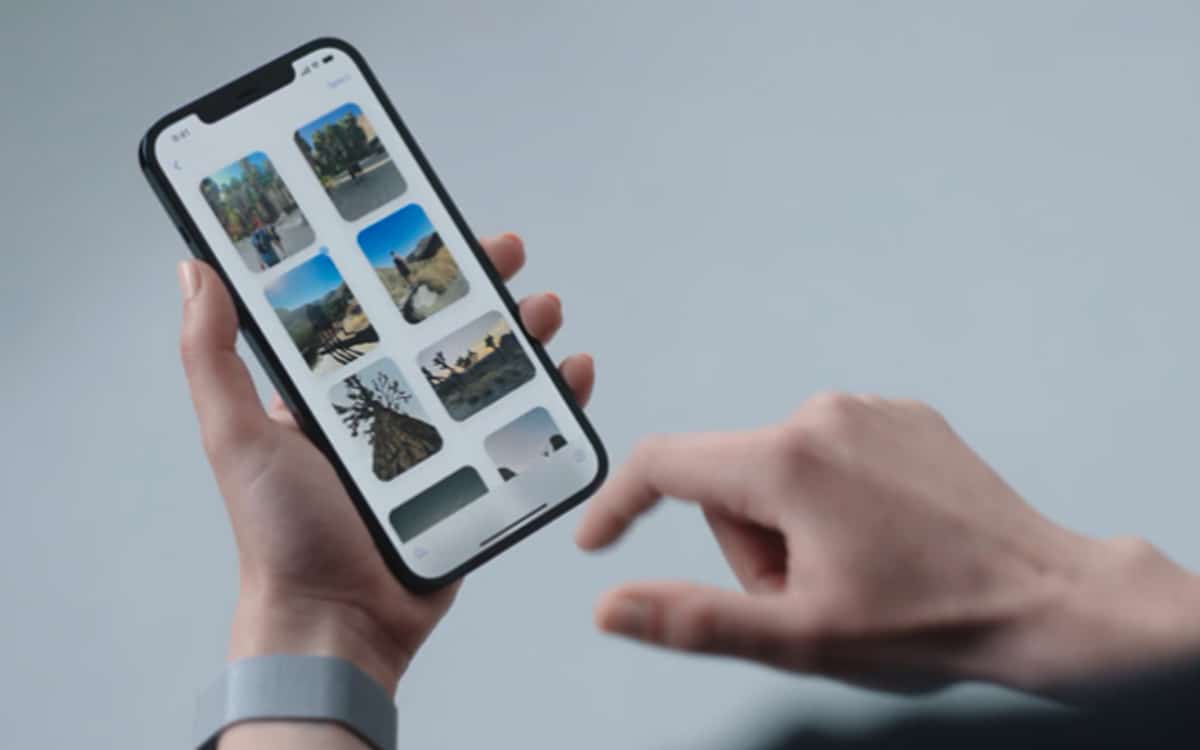 The firm has also long lingered on iMessage, the message service integrated into iPhone, iPad and Mac. From now on, photos received via the app are stored directly in the Photos app in the “Shared with you” section. This function, called “Share With You”, will be integrated into other Apple apps. iOS 15 will also allow you to pin an important message in a conversation.

With the fifteenth iteration of its mobile OS, Apple has also reworked the display of notifications on iPhone. With a soberly named option “Focus”, the update will allow customize how notifications are displayed. You can think of the option as an enhanced do not disturb mode. You can choose to let certain types of notifications filter out, for example all work-related alerts. Thanks to its algorithms, iOS 15 will also occasionally show a summary of certain notifications. These summaries will be displayed if the alert is deemed important. Obviously, the iPhone relies on artificial intelligence to study your habits and determine essential alerts. 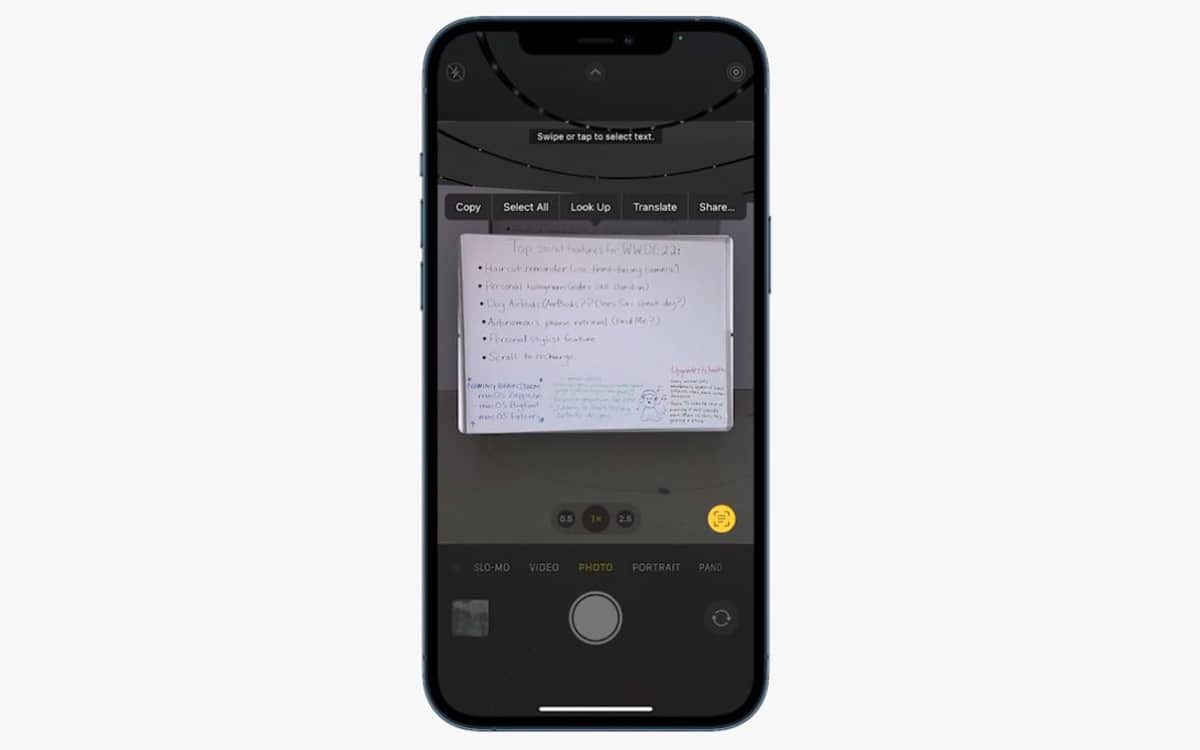 iOS 15 also embeds a photo application reviewed. Like Google Sens, the iPhone photo app will allow you to identify text in a photo and copy and paste it. Mirroring Lens, the app will use AI to analyze visible elements, and recognizes in particular the breed of a dog or the name of an architecture. Good news, the option will be directly compatible with the French language.

Apple also takes advantage of iOS 15 to improve the Spotlight search bar. From now on, the search bar will also search within texts for photos stored on your iPhone. Obviously, Spotlight is based on the novelties of the camera. 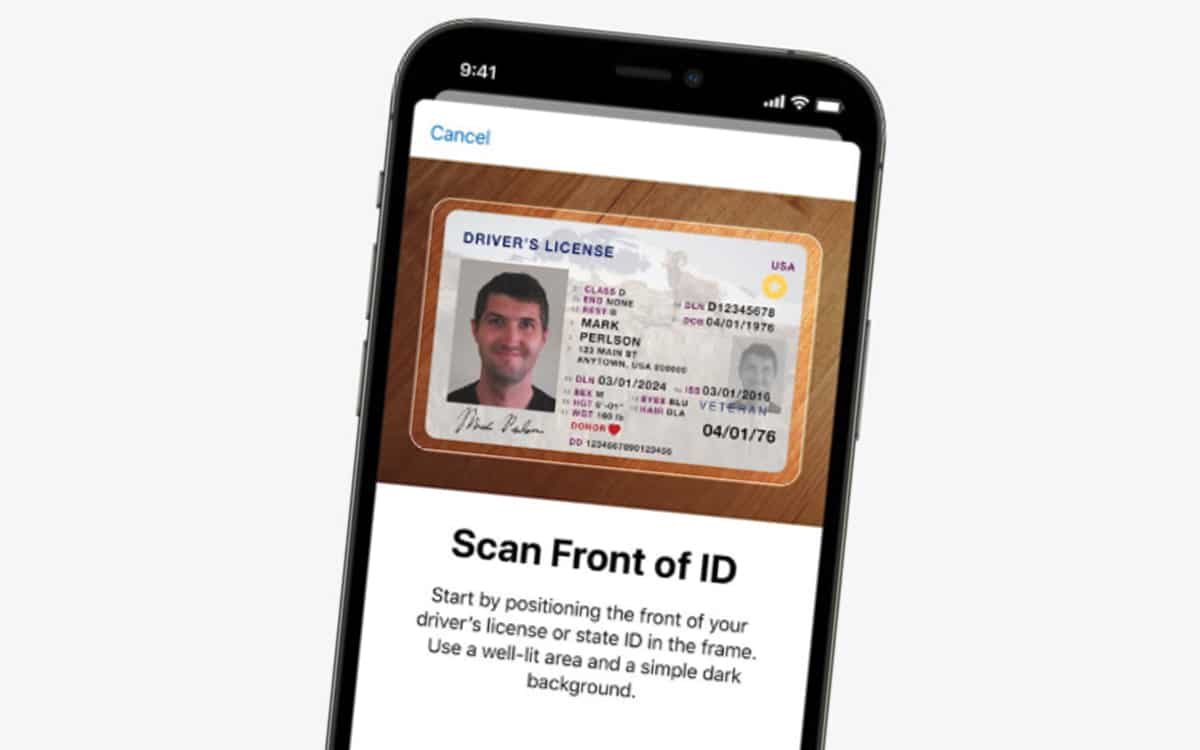 The company also enriches Wallet application, which allows you to store keys, boarding passes or cinema tickets. The app will allow the registration of identity papers (in the United States by the end of the year) and house / office keys. 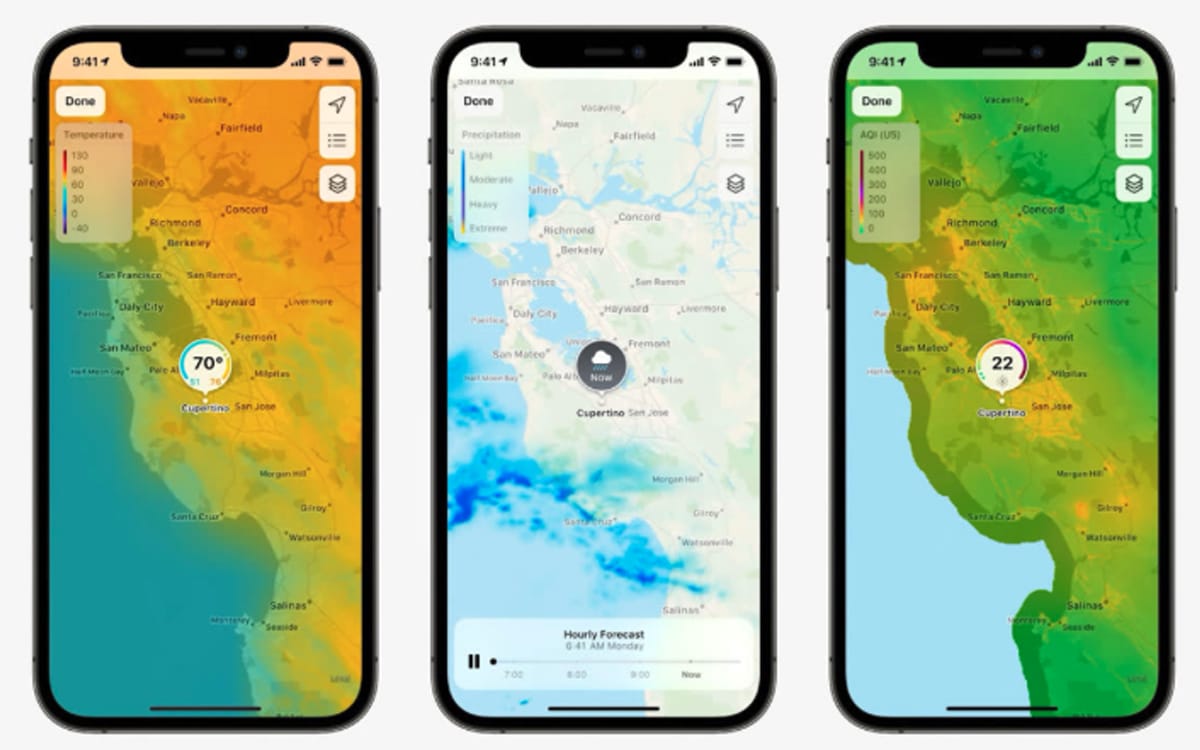 Apple continues by announcing a new Weather application. Left aside for several years, the app is entitled to a new visual interface that includes more information on weather conditions. Apple Maps Also improves with a handful of visual changes, including detailed 3D maps. At first, France is not concerned. 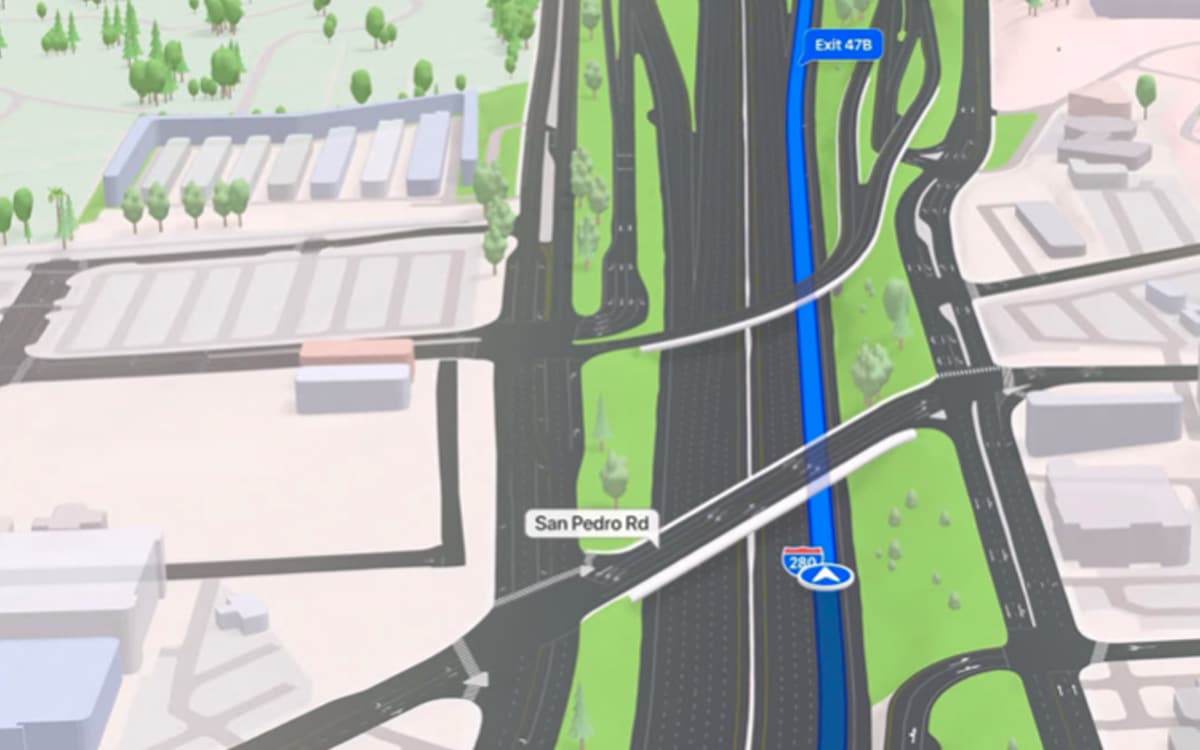 Finally, the firm of Tim Cook evokes new features added to its AirPods with iOS 15. First, the update includes Conversation Boost, an option designed to help people with hearing loss understand what they are talking to. Concretely, the option will isolate and highlight the voice of the person.