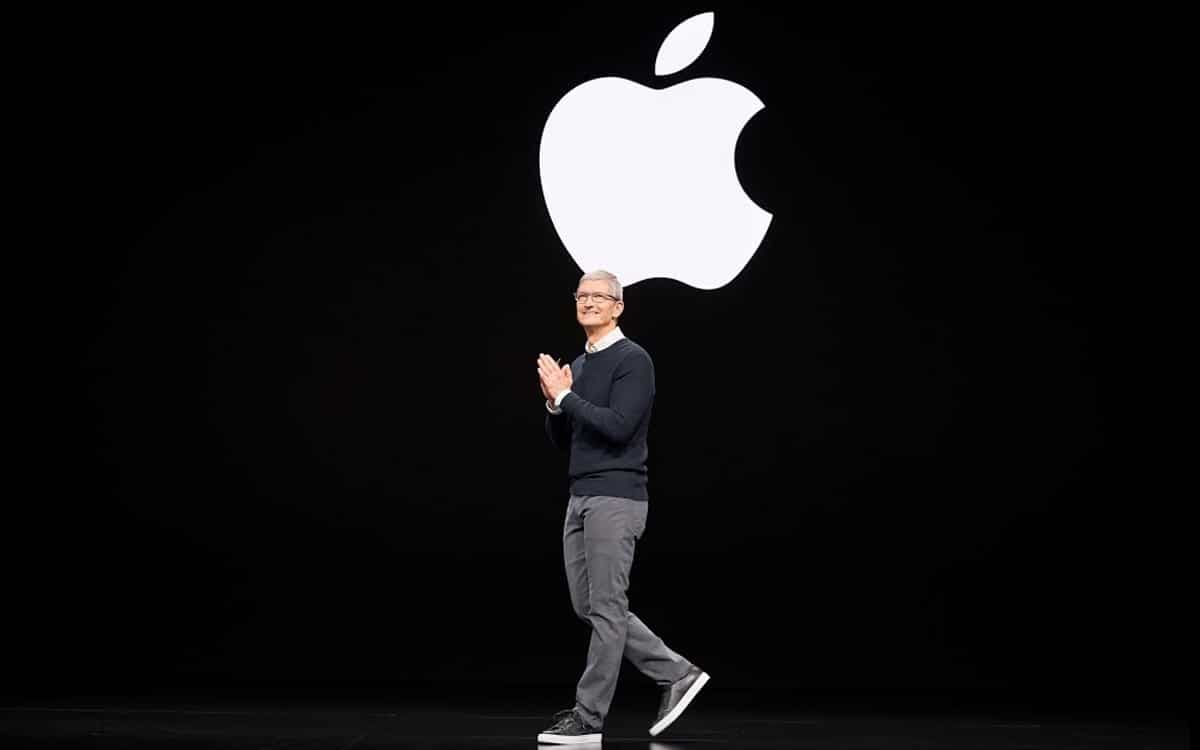 A new Apple keynote takes place Tuesday, September 15, 2020. This year is full of unknowns, but Tim Cook is expected to unveil the iPhone 12, Apple One, as well as other brand products and services. But by the way, what is a keynote? We explain everything in this complete file.

For all Apple fans it’s a bit like a Christmas party months ahead. The Cupertino company is holding a huge press conference followed around the world to present the new iPhone 12, the new Apple One subscription offer, AirTags, Apple Watch 6 and possibly other surprises, among other things. Called “keynote”, this event has the air of a sacred ceremony.

But what exactly is a keynote? Where does this term now in common vocabulary come from, even in non-Anglo-Saxon countries? How did Apple turn a fairly classic event into a date not to be missed? Here’s everything you need to know about the Apple keynote.

What is Apple Keynote?

The term “keynote” is in fact a very generic English word meaning “presentation”. As its name suggests, this is a presentation of key points that will be addressed during a series of other subsequent conferences. Apple appropriated the term keynote in 1984, while Steve Jobs presented the first Macintosh. This event was immortalized by a legendary introduction in which Apple passes off IBM (its “enemy” at the time) as a brainwashing company. Apple then plays the role of savior. Attention guaranteed thrills!

Since then, each keynote is a real event. And the word “keynote” is almost systematically associated with the Cupertino company for the general public. Apple broadcasts them around the world live, on video, on its website, on Twitter or via a dedicated application on its devices (iPhone, iPad, Apple TV).

Concretely, the keynote is a press conference in which Apple presents in order its financial results with key figures and its new “breakthrough” products. The brand then dissects the technical specificities of the products, punctuating everything with well-felt demonstrations on the most impressive features.

There are two per year. The first takes place in June to present new software (this is the Apple Worldwide Developers Conference), the second in September, just after the start of the school year, to present new products, such as iPhones, iPads and Apple Watch. Obviously, it is this second session that is most successful – and so it is the conference that will take place on September 15th.

The keynotes are punctuated, punctuated by a polished vocabulary to wow the gallery. They have become real shows over the years. The staging is calibrated: a person in the middle of the stage, a giant screen and a well-highlighted product. It’s minimalist and grandiose at the same time, Apple’s credo. Note also that the word “keynote” recalls the name of the software used by the Apple brand to make its presentations. This is the Powerpoint made in Apple that is part of the brand’s office suite. An entire program.

An Apple keynote: a unique show in the world

An Apple keynote is an event well put together and calibrated to the millimeter. It is part of the brand’s marketing paraphernalia. Certain phrases spoken during these conferences have become true classics. Those of Steve Jobs remain engraved in the memories, because (it must be admitted) since his disappearance the keynotes have lost a little of their flavor.

The ingredients of keynote success: vocabulary used, structure, demos. Steve Jobs has always wanted to make technology accessible and simple. Keynotes were meant to be the showcase of this philosophy. On the giant screen, no frills. Even when talking about business.

Thus the financial results announced at the start of the conference are analyzed. The key figures are communicated. On the screen, one number per slide. The speaker gives the explanations in simple words. When it comes to product presentations, again Apple doesn’t dwell on the details. The firm has always known how to identify the strengths of its products and highlight them in the most beautiful way. It’s embedded at all levels of the business.

The mechanics are well established: we present a key feature, we embellish it with “amazing” and “wonderful”, we do a demo to show that what is said is true. And it works. With each new product presented, the public exults, exclaims and applauds.

The competitors of the Apple brand have tried to reproduce these shows, but whether we like Apple or not, we must admit that no one manages to match it in this exercise. Many have broken their teeth. Remember Steve Ballmer at Microsoft who multiplied communication errors when entering the scene under ecstasy (we suppose).

This is one of the great traditions of Apple’s keynotes: the One more thing. A true institution, this is the last little announcement that seems like the icing on the cake. Except that Steve Jobs sometimes took great pleasure in turning this “little thing” into a real bomb. We think for example of the Macbook Pro, Apple TV, Macbook Air and iPhone X which were part of these One More Thing. As such, we invite you to relive the 2017 keynote, which lifted the veil on the iPhone 8 and iPhone X. Or the 2018 presentation of the iPhone XS.

Over time, this moment of the keynote has lost some of its luster – Tim Cook no longer uses it systematically. But the public still awaits a surprise that no one would have seen coming. It remains to be seen whether this will be the case this year for the presentation keynote of the new iPhone 12.