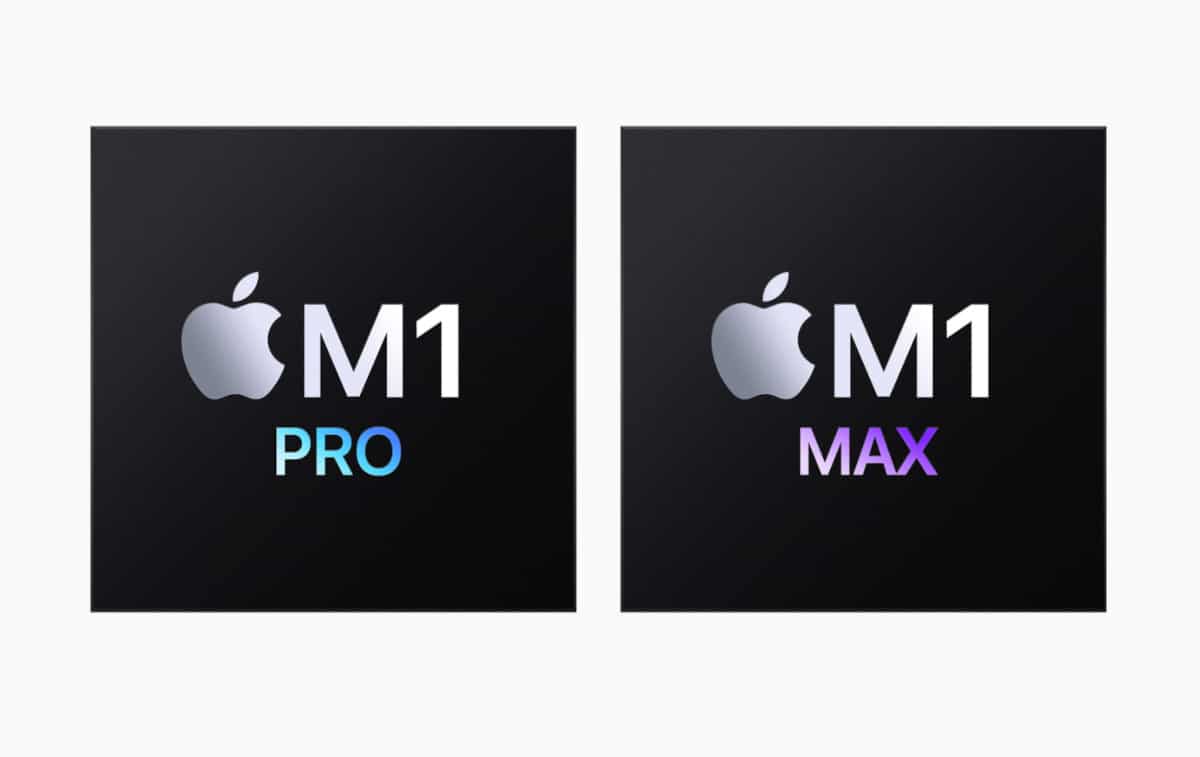 On the occasion of its last keynote, Apple unveiled two new SoCs: the M1 Pro and the M1 Max. These two SoCs, engraved in 5 nm, integrate up to 10 cores for the CPU and 32 cores for the GPU. Promising exceptional performance and unparalleled energy efficiency, the two components are dedicated to the new MacBook Pro jointly announced.

Tonight, Apple organized its second fall keynote. A month after the iPhone keynote, the Cupertino company lifted the veil on the fourth generation of AirPods, on a new more economical formula for Apple Music, as well as on a new MacBook Pro. The latter comes in two screen sizes (14 and 16 inches). They will be offered from 2249 euros for the smallest and 2749 euros for the big one.

One of the peculiarities of this new laptop is the integration of a new chip. And more exactly two new chips. These are the M1 Pro and M1 Max which come in addition to the M1 that Apple introduced a little less than a year ago. Both SoCs build on it, but benefit from a huge increase in the elements that make them up. Whether at the level of the CPU, GPU, video decoders, video controllers, neural processor or even the bandwidth for RAM. 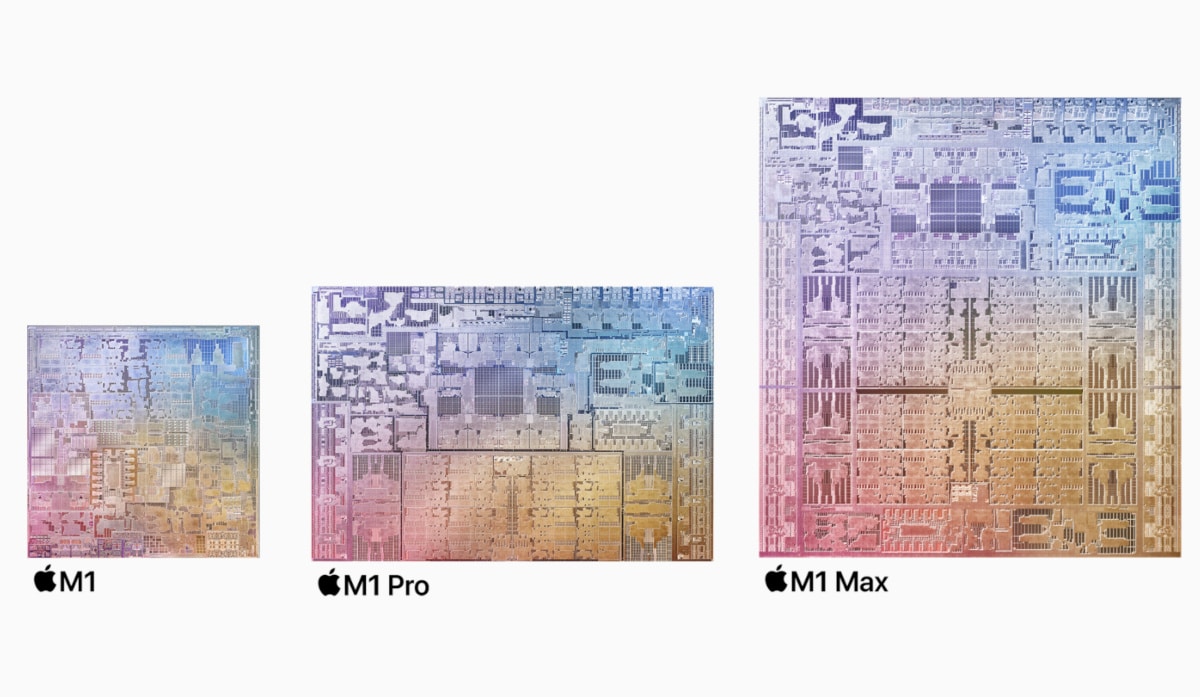 With M1 Pro and M1 Max, Apple isn’t aiming for performance, but efficiency

Apple’s idea with M1 Pro and M1 Max is not to turn the MacBook Pro into a gaming machine, but to ultra-portable, ultra-durable creative computer. M1 Pro and M1 Max are not distinguished by their great power, Apple admitting that there are platforms that are just as powerful. But they are distinguished by a much higher energy efficiency, that is to say the ratio between power and consumption. 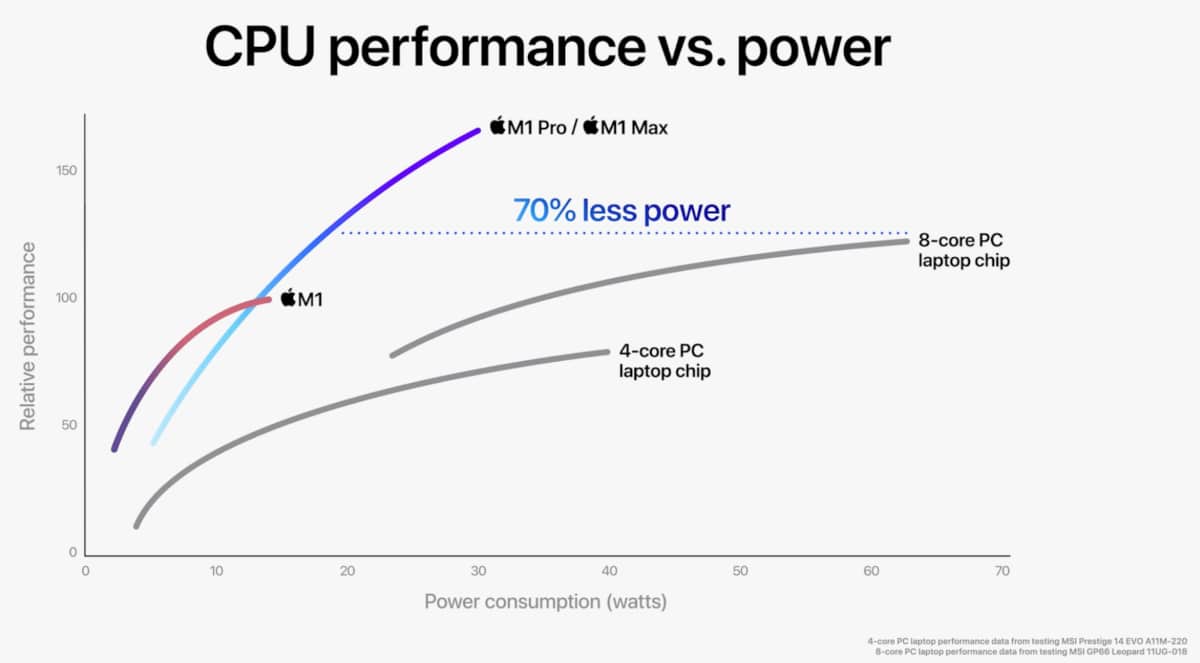 The M1 Pro and M1 Max are two SoCs that you will find today exclusively in MacBook Pros. This means that neither the MacBook Air, nor the Mac Mini, nor even the iPad Air or Pro should benefit from it. This also means that they will have to wait for M2 to benefit from an update of their platform. The new MacBook Pro is Apple’s first computer to take advantage of it. But be careful, if you are looking to get a computer with M1 Max, the configurations are quite expensive. 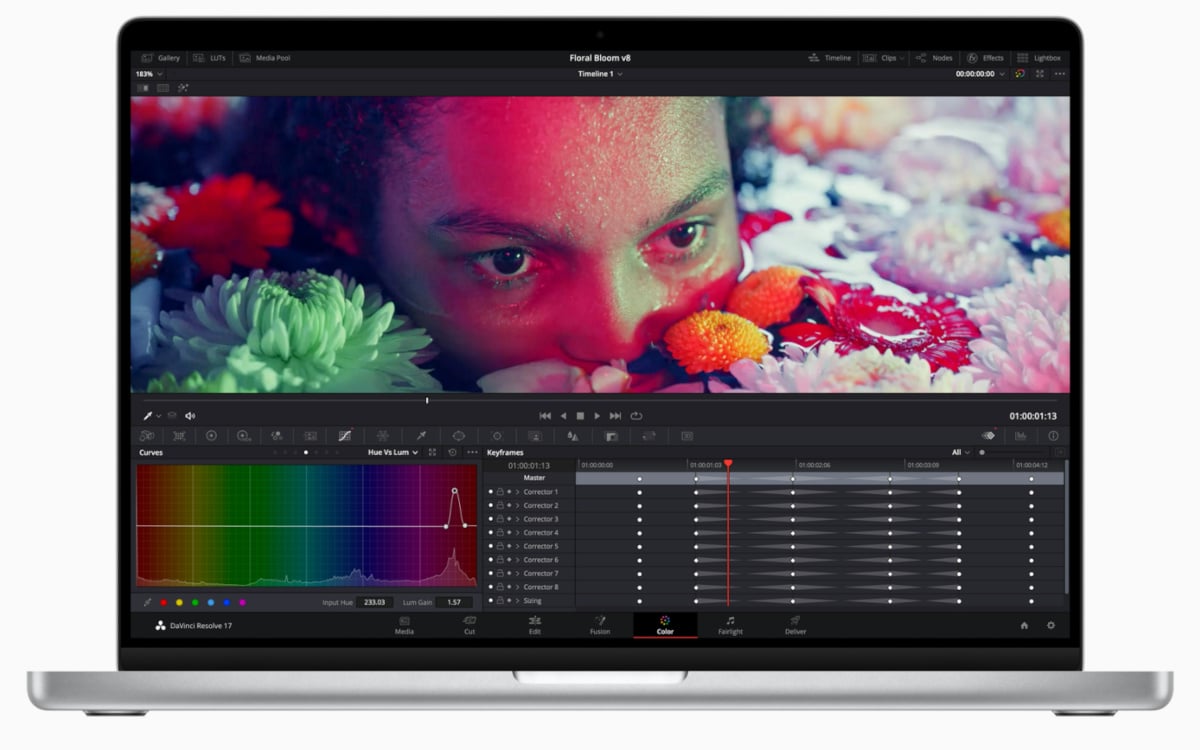