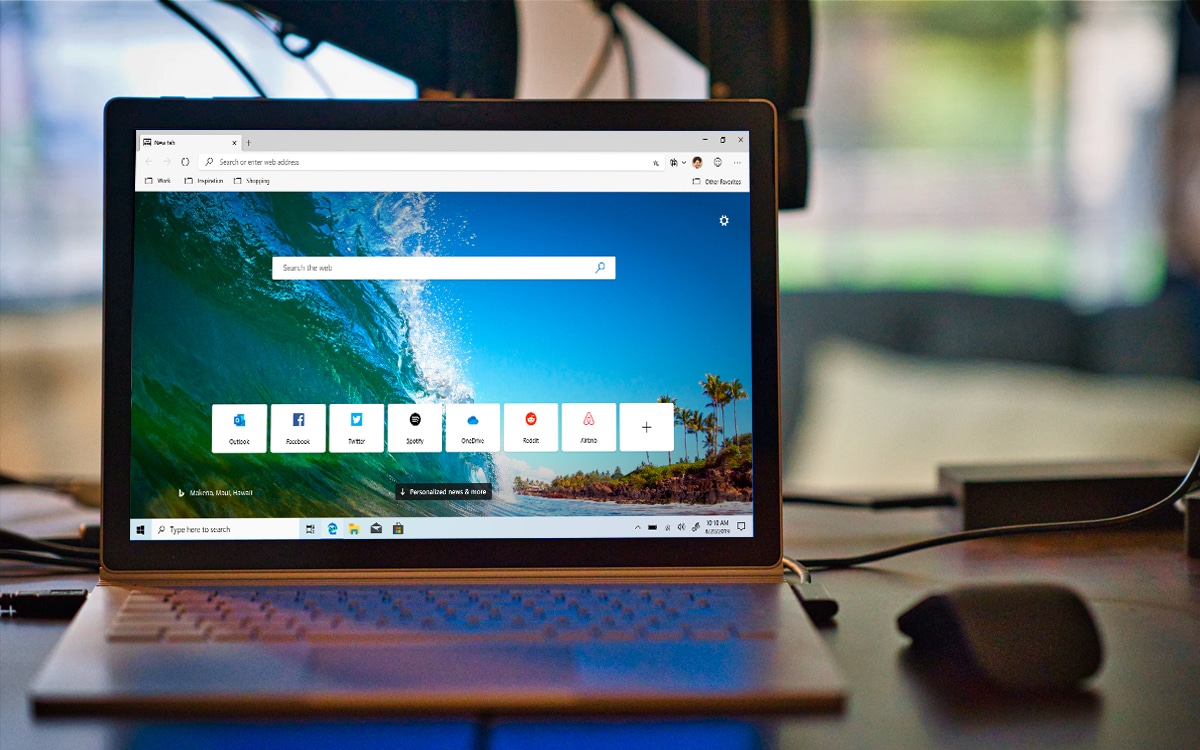 Some Windows 10 users report that a popup advertising Microsoft Edge is displayed in their taskbar. The latter “reminds” that it is possible to attach web pages as icons to the taskbar, which is useful for sites you use often – but in turn forces you to use Edge exclusively since none other browser is not compatible with this feature. The popup also comes with a wizard that prompts users to replace the Google search engine with Bing.

In terms of heavy tactics, there is one of which only Microsoft has the secret: theself-promotion directly in Windows 10. Microsoft has over the last few years accustomed us to this process that some will certainly find doubtful, and for good reason: no competing application or third-party publisher can afford the luxury of such a launch pad, since obviously the only master on board is Microsoft. The firm has notoriously already had recourse to more or less intrusive popups to encourage the use of the Outlook mobile application, to “force” users to switch to Windows 10. And we had already seen the publisher use the same process to advertise their Edge browser.

Bis repetita! A handful of users report seeing it displayed a popup titled “Direct access to the most popular sites” (translated from English). The text of the notification details that it is possible “To attach the sites (and web apps) that you often use to the taskbar”. However, these shortcuts only open with Edge. Which sounds like an albeit not very subtle attempt to force users to use Edge as much as possible and ditch competing browsers. When you click on the popup link, a “wizard” shows you how to attach sites like Facebook, YouTube or Reddit to the taskbar.

Windows 10 redesigns ads for other Microsoft products in notifications

And that’s not all: at the end the wizard recommends “to use the settings recommended by Microsoft” in Edge – settings which do not optimize much, except replacing the default search engine with Bing. We understand that this “spotlight” on this profound feature of Edge and Windows 10 can be useful to some users because it shows them how to get the most out of their computer. However, it is possible that it will have the opposite effect by causing the annoyance of many other customers.

Edge’s market share grew a lot in 2020, but it should be noted that this is recent. In fact, before the switch to Chromium, Edge was one of the least used browsers on PC, and was mainly used, as the popular saying goes, “to download Chrome”. Microsoft had already tried to increase its market share a bit with this type of self-promotion, but it was generally ineffective. Especially since each time the media coverage has finally focused more on the annoying nature of this type of communications than on their subject..

Back then no one wanted to use either the default browser provided by Microsoft or Bing as a search engine, and no marketing campaign could change that. Users generally favor the solution that gives them the most utility – and Microsoft Edge was clearly not yet at the level of Chrome, Firefox or Opera in this radius. The navigator had, with around 0.50% of market share, reached its cruising speed. The switch to Chromium has radically changed things because this browser is now a true equivalent of Chrome, which is also better integrated into Windows 10.

Obviously, harassing users by telling them to use Microsoft products through popups in Windows 10 is questionable. You cannot use a computer without an operating system, when you buy a PC there is necessarily Windows 10 in it and it is therefore natural to expect a certain neutrality from the operating system. Not to mention the fact that when you look at the numbers, the effects of these popups on market share are almost non-existent. The whole question is to know why Microsoft teams think that continuing with the same procedures denounced for years by users remains a good idea in 2021.