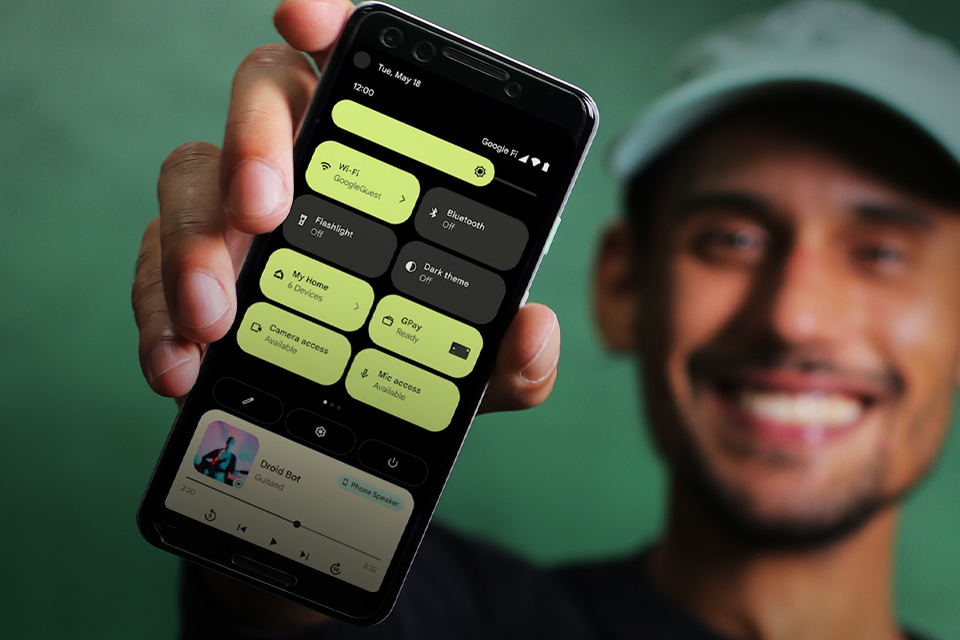 Last week Google unveiled Android 12 at Google I/O, an annual event offered to developers. Of course, a lot of news has been announced, but today we’ll talk about the specifics of Android.

First of all, it’s worth remembering that this is really just a preview for the audience. We had a chat with the folks at Google and they said that most of the functions would be released from the second beta onwards.

So unfortunately we’ll have to wait a little bit and check out what’s available now on Android 12. Plus how Samsung, Apple, Xiaomi and others influenced the biggest Android design change in recent years.

Android 12 is not expected to be publicly released until mid-August. Until then, we can look forward to more feature additions or removals. Regarding device compatibility, it’s good to keep an eye out here as we are always publishing lists of devices that can receive the update.

In February, when Google released the Android 12 preview to developers, they made it very clear that “privacy is at the heart of everything we do.” Now they focus more on usability and how it can get to the user.

For example, it was mentioned that a new API would allow the use of images, videos, audios and more between apps. In other words, you will be able to drag media from one location to another, such as a Chrome image straight to a contact in WhatsApp. But, not in this beta.

What we saw in this beta were major visual changes. I’ve been using the update since last week and, well, it’s Android. Everything is practically in the same place, but things are different.

Now we have a variety of new animations. It has new animation when scrolling pages to the beginning or end (bounce); lock and unlock screen; to clear notifications and huge clock on lock screen; when we enter or leave multitasking; to indicate loading; to open or close apps and even to click a button.

Another very interesting change will allow Android to adapt its color palette according to the user’s wallpaper, which will be optional. Just change the wallpaper and the system changes colors everywhere.

What we’ve seen in this beta is that other areas of the system have been revamped. The notification center and quick actions, for example, have a completely different look. Notifications are now more grouped together, which makes more sense, and settings appear in big buttons rather than small icons.

Google also had to make another move to organize this new interface. If the user wants to use the power button for Google Assistant, the smart home menu and panel shortcuts such as Google Pay are now displayed in the center itself.

In one video, Google also shows a small button on the locked screen that looks like a credit card icon. Maybe it’s a shortcut to Google Pay, like what iOS 14 has when you double-click the main button for Apple Pay.

From what you’ve seen so far, the entire interface now has rounded corners, soft colors and can be quite customizable. This is the biggest visual change on Android since 2014, when they launched Material Design. This new version is called Material You.

The system even has more spaced bottom buttons, with more margin and new widgets. Apple seems to have managed to “raise the bar” on iOS 14 even though it released widgets 12 years after Google. On Android 12, they have more shapes and forms, are adaptive and more interactive. But they should also only arrive in the next betas. 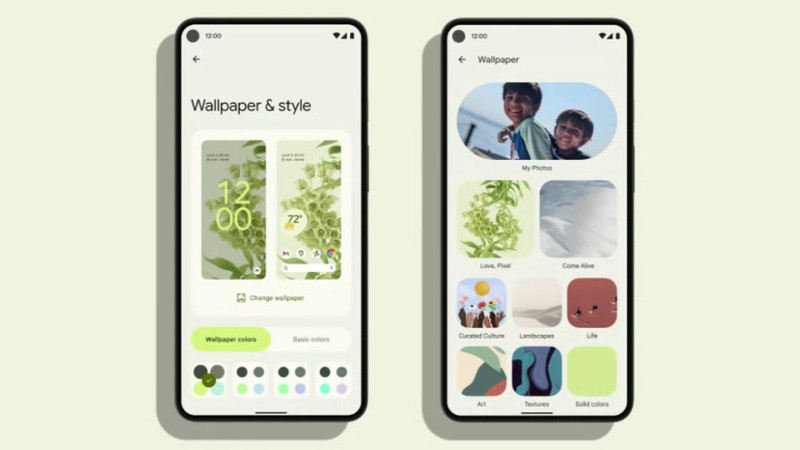 In the next updates, we will definitely see more visual changes in menus, buttons, configuration pages of some items, in notifications, in widgets. They also showed some volume bars with different shapes in the presentation; some thicker, others even wavy.

Google also promises that the system will be smoother and lighter on different hardware. I’m using a Pixel 3, which is from 2018, and things are really fast. Nothing too different from Android 11, but the smoother animations help that impression.

Now, for me, the coolest new feature so far is swiping notifications with a gesture at the bottom of the screen. That was gone with the arrival of digital readers under the screen, but it is still alive in some cell phones with traditional biometric reader.

Privacy is at the heart of everything and on Android 12 Google allows the user not to share the exact location with apps, just the approximate one. On Android 11, the novelty in this regard was to allow access to the camera, microphone and location by an app only once.

It also means that there are buttons on the control center that prevent the camera and microphone from being used. By the way, you know that little green ball that indicates the use of the camera or microphone on iOS 14? This will also arrive on Android 12.

But, in keeping with this focus on transparency, Google created the Privacy Dashboard. It is a privacy panel that provides information and permissions settings. You will be able to see how many apps have used system items, how many times they have done so, and collect usage metrics. But for now, only the location function is available.

We always see people making fun of Apple for releasing new features a few years after the competition. This one is a similar case. In 2014, Google introduced Material Design as the “reinvention of Android”. And I know some of us’ perception of time may be misaligned, but that was seven years ago. 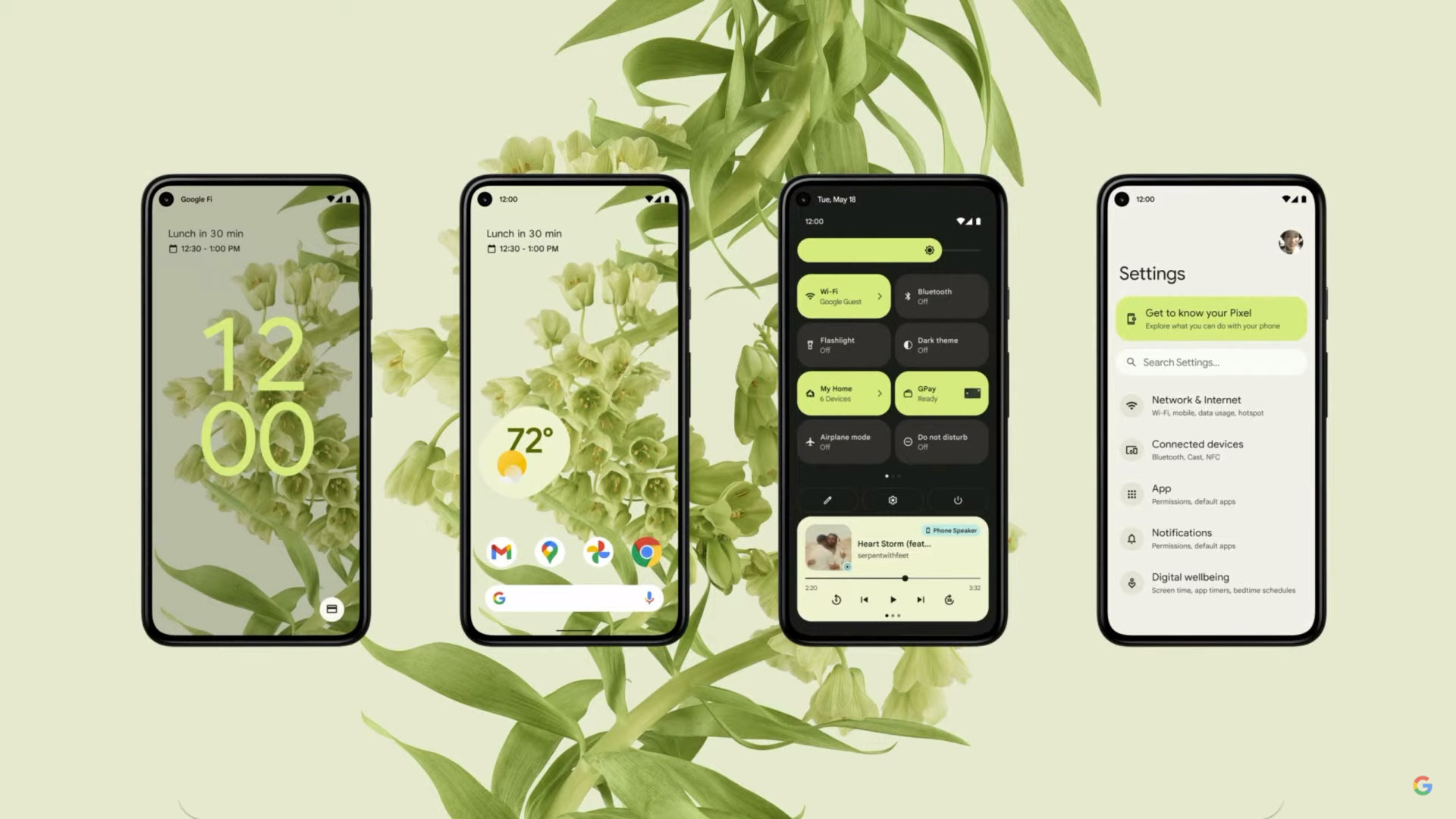 So, I’m glad things change, Android will finally have a new face. And she actually seems more personal, fun. But would that have happened now if other companies weren’t working hard on their interfaces too? After all, we’re pretty used to Android — and we can still download interfaces.

Android 12 is basically “pure” Android, with everything native to the OS, trying to be a little more cool, full of features, integrated, secure. Which is great, obviously, but if we compare it with MIUI, with One UI, the visual similarities are not few. And everything is fine.

What did you think of the new features in Android 12? Let us know in the comments!