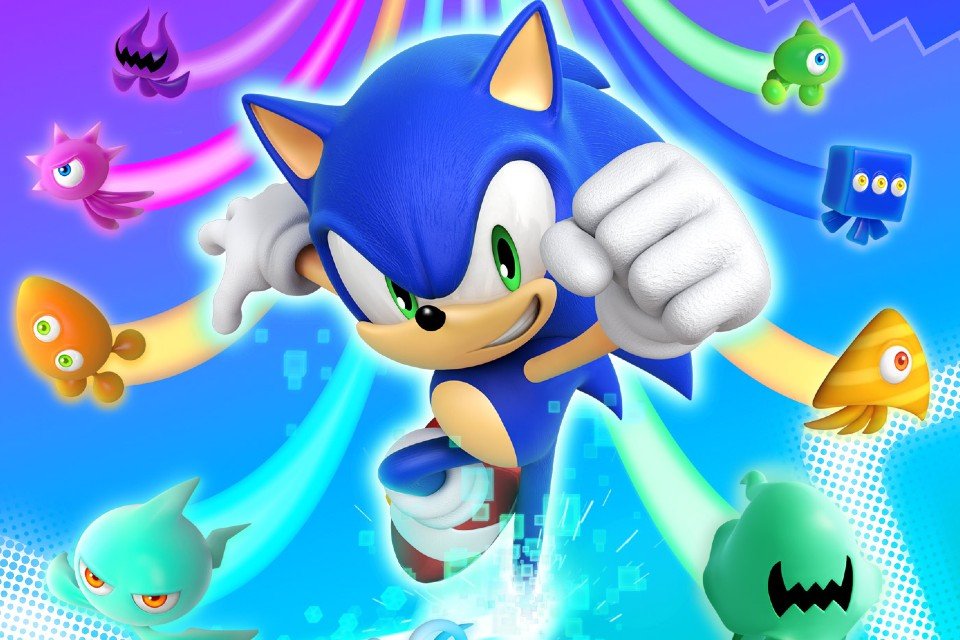 Sonic fans are well aware that the character’s journey has been fraught with ups and downs since SEGA became a third party company. Among universally acclaimed titles (such as Sonic Generations) and many others repudiated (Sonic the Hedgehog 2006), it’s hard to know what to expect from developer Sonic Team.

But in 2010 the guys hit the nail on the head with the release of Sonic Colors exclusively for Nintendo Wii, also accompanied by a more limited port on Nintendo DS. Despite the Wii being an absolute sales frenzy, the exclusive character of the game ended up preventing many people from experiencing one of the most beautiful and creative chapters in the series, a sin that many can redeem themselves from with the release of the remaster Sonic Colors Ultimate!

The remastering was in charge of the Blind Squirrel Games studio, which brought the adventure to the PC, Nintendo Switch, PlayStation 4, Xbox One and Xbox Series X/S. Want to know how the result turned out? Then check out our full review below!

Let’s reach for the stars!

As far as it is possible to think of a creative premise for a main game in the series, until Sonic Colors Ultimate does a good job justifying his action and Dr. Eggman’s (or Robotnik, for the more nostalgic) antics. This time, the rotund villain has built an amusement park in space, and the game begins with Sonic and Tails boarding their way to this “nothing suspicious” location.

It doesn’t take long to discover that an alien race called the Wisps is being exploited by the scientist to support his nefarious activities, so it’s up to the blue sprinter to go through all the different areas of the park in order to free his new friends and, in the process, receive your help back unleashing new powers unlike anything we’ve seen in the series so far!

The powers are slowly unleashed as you progress through the main campaign, which takes just over 4 hours to complete for the first time — but rest assured, this time triples if you want to fetch all the extras! — As the worlds go by, you find a new Wisp at a time, totaling nine different powers to unlock, which includes a new Wisp from the version Ultimate!

Powers from another world

Starting with what’s new, rookie Wisp is a kind of “ghost buddy”. By taking his powers, Sonic is able to fly and overcome walls that were previously impassable to reach key points on the map. It ends up being a hand on the wheel to reach collectibles and secret routes, polishing the design of the original levels a little more, but nothing too inspired.

The powers of the original game are much nicer, as they let you turn Sonic into a laser beam cutting through the stage at full speed, drill through the ground looking for shortcuts, transform into a jet to reach the top of the scene, and even turn intangible blocks into solid platforms for a limited time. It’s always a pleasure to explore the possibilities of Wisps in action, as you can see in the video below:

One thing that helps a lot Sonic Colors Ultimate What’s shining is that the game’s worlds are as varied and inspired as the Wisps’ own powers! In addition to the traditional areas based on lots of green and nature, contrasting with more mechanized levels evidencing the Eggman’s evil influence, there are several themes well outside the box.

The Sweet Mountain area, for example, is all inspired by delicacies, while the Aquarium Park, instead of being just another typical maritime phase, dares to mix with the waters all the architecture and aesthetics of Feudal Japan, but with airs of modernity and a lot of robots with swords. It’s breathtaking and captivating the crowd’s imagination!

Each of the main worlds is divided into a structure of seven distinct acts, with the right to a boss battle in the final act, which is the only one without collectibles to catch. In other acts, Sonic needs to dedicate himself not only to complete the stages in the shortest time possible, which directly impacts his rank score at the end of the level, but also to collect five red rings and tokens to buy customizable items, one of the main what’s new in the remaster.

By collecting the tokens scattered throughout every act of the game, you can use them as currency in exchange for new colors for the hero’s gloves, shoes and even aura, as well as acquiring some goodies to make the game profile look like yours. guy. My favorite addition, as futile as it sounds, was the inclusion of several avatars inspired by SEGA franchises, from the familiar ones Shenmue e Crazy Taxi even the most niche Clockwork Knight, one of the most underrated games on Saturn:

In Sonic Colors Ultimate, you can exchange your tokens for new cosmetic itemsSource: Reproduction / Thomas Schulze

The soundtrack, which was already amazing in the Wii version, also gained a good dose of remixes and reinterpretations that help give even more variety to the gameplay, raising the quality of a very iconic material! Finally, the new Rival Rush mode puts you to compete against Metal Sonic in six fun time trials where the fun is trying to reduce your time as much as possible.

For something called editing Ultimate (“definitive” or “final”, in free translation), it can be argued that not as many additions and improvements were made as possible. At least as far as extras and game modes are concerned, that’s true, but that issue is well compensated for by the new 4K resolution support and stable 60fps performance on next-gen consoles.

The Nintendo Switch ends up falling behind in this department for lack of hardware power, but enjoys all the other extras mentioned. It’s just worth noting that some players have reported bugs especially in this version, although the story is controversial in nature and it’s been proven that many of those who complained were playing on emulators or even fabricating problems to go viral. I can’t properly opine on this because we played on PS5, where the game didn’t have any issues worth noting, but be warned.

Sonic Colors Ultimate brings together all the expected elements of a great game from the biggest SEGA mascot, with high-speed stages, good incentives for speedrunners, several collectibles to collect, a cast of very charismatic characters and a highly inspired soundtrack. It’s certainly the best way to revisit this game, especially thanks to its stable 4K resolution and 60 fps support, but it’s strange to see that the CG scenes haven’t been modernized. If you’re a Sonic fan and didn’t know this game, it’s a buy more than recommended!