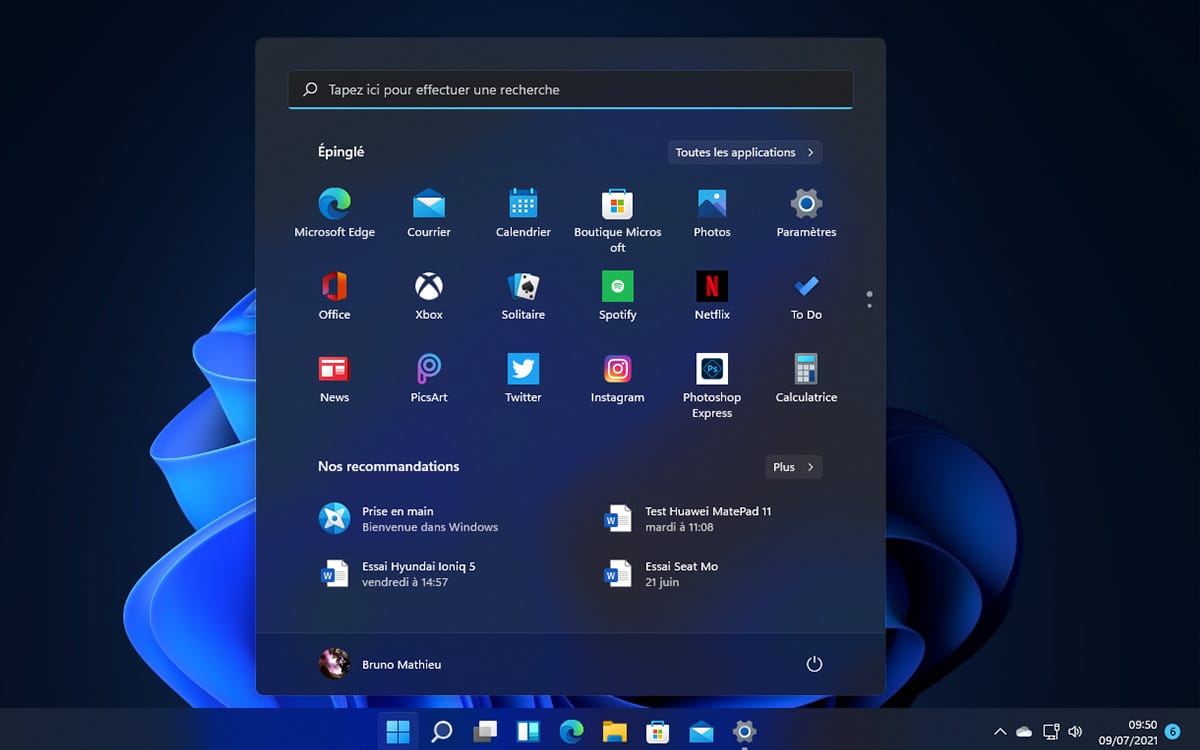 A new version of Windows 11 has just arrived. On the program: a search field accessible from the Start menu, the return of certain options available under Windows 10 (but which had disappeared from the first beta of Windows 11) and fixes galore. We take stock of everything that awaits you in this new build of Windows 11.

Less than two weeks after a first beta, a new preview of Windows 11 is already distributed by Microsoft. The build in question, which bears the number 22000.65, offers several new features and above all corrects a whole lot of bugs.

Among the most notable new features of this edition of Windows 11, we can notice that the Start menu now houses a search bar. Unlike previous versions of Windows, this field is not directly accessible from the taskbar, but rather from the Start menu (you must therefore click on the Start icon to access it). Microsoft has also reintroduced the option to refresh from the desktop context menu, a feature that Windows users are familiar with, but which disappeared with the first beta of Windows 11 released about ten days ago.

Also read: how to download and install the beta version of Windows 11

The new version of Windows 11 that Microsoft has just released offers all the following new features:

Microsoft is starting to fix Windows 11 bugs, but there are still some

Microsoft also took advantage of this new preview of Windows 11 to release a fix for PrintNightmare, the flaw that affects the Windows print manager (all versions). Finally, many bugs were also fixed, among which we can cite a fix related to the ability to click at the end of the Taskbar to display the Desktop, another concerning the launch of the Settings application, or a last affecting File Explorer and menu visibility. You can find a full list on the Microsoft blog.

Finally, remember that the current edition of Windows 11 is for the moment onlya preview for users of the Windows Insider program. If this version seems relatively stable, we strongly advise you to use it on a secondary PC, in a virtual environment or on a second partition of your main PC (using a dual boot). 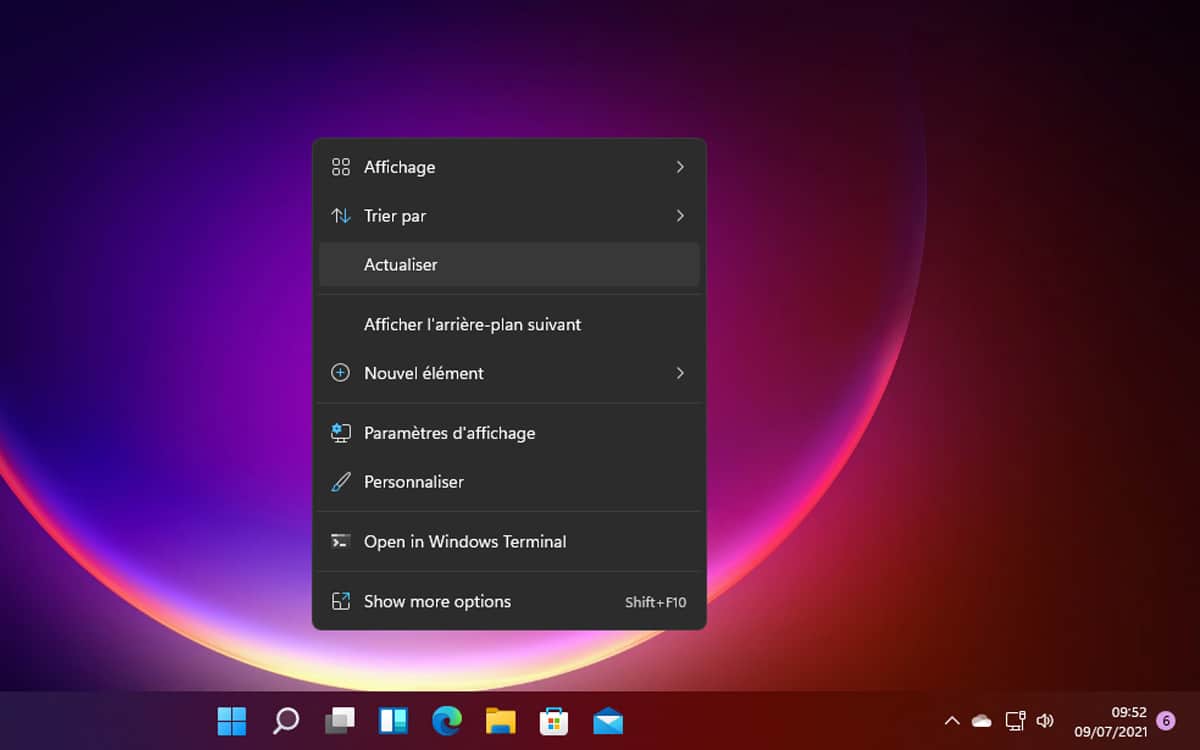 For our part, even if we did not encounter any major problems, we had some performance issues following the installation of this update on one of our PCs. We had to reset the OS to get everything back to normal. On another of our machines, it is the Settings application which sometimes encounters some bugs: slowness, search field which no longer reacts … In short, it is better to keep in mind that this is a version of test.

The final version of Windows 11 will be available by the end of the year. Owners of a license for Windows 7, 8.1 or 10 will be able to migrate for free to Microsoft’s new operating system, but they will have to wait until 2022 to take advantage of it.