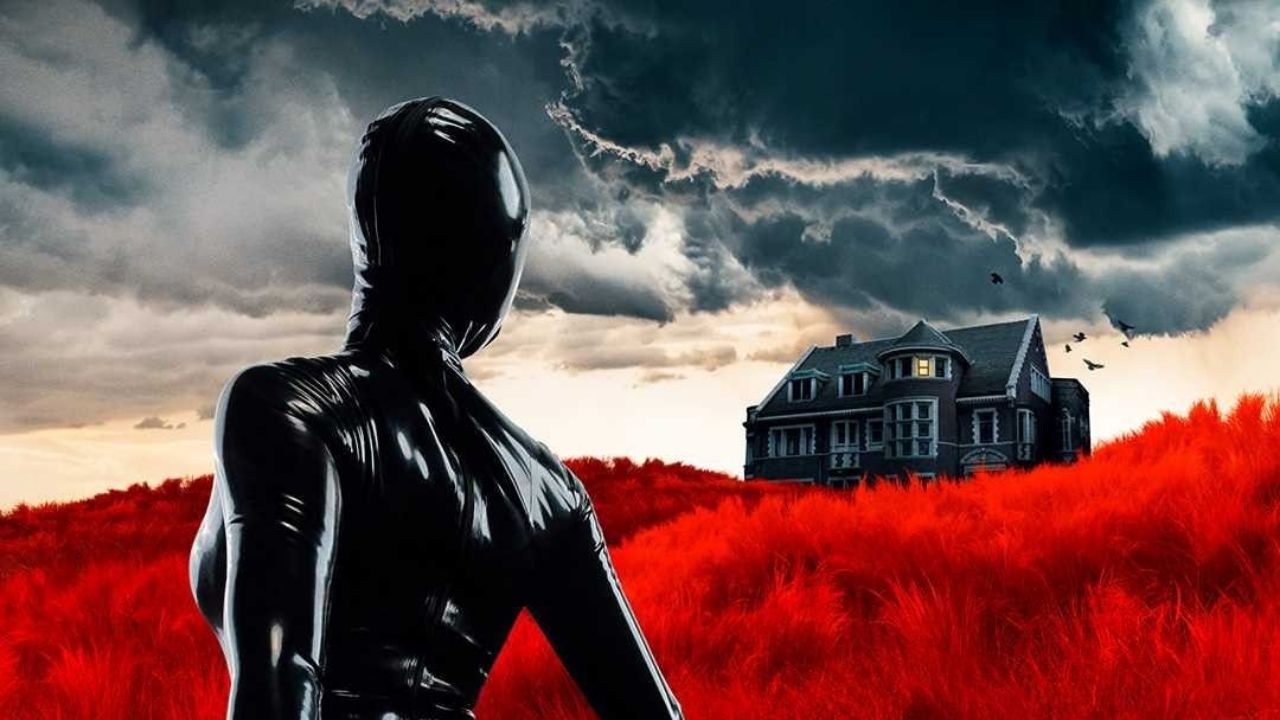 This Thursday (15), the first two episodes of American Horror Stories in the United States, on the Hulu streaming platform. In Brazil, it is expected to debut in August, along with the new Star+ streaming service. The first two episodes of spin off in American Horros Story (AHS) revisit the Murder House and show that there is no place like our “home”.

At the beginning of the horror series, a new family makes its way to the infamous Los Angeles house: the first episode, “Rubber (wo)Man“, shows the change of gay couple Michael (Matt Bomer) and Troy (Gavin Creel) with their teenage daughter Scarlett (Sierra McKormick).

Shortly after arrival at Murder House, Scarlett finds the rubber suit of the Rubberman (character from season one) and try it out. In the background, the whistle of the song “Twisted Nerve”, by Bernard Hermann (famous for the soundtrack of kill bill), which refers to the scenes of the first sinister moments of AHS. When Scarlett looks in the mirror, she sees another figure, also wearing the costume, looking at her. So she rips it off and throws it away.

So the family gets a therapist to solve Scarlett’s “problems”. In the session, Scarlett’s ten-day kidnapping is revealed, which encourages the family to reflect on how the house is affecting their psyche. The therapist sees the ghosts of twins Troy and Bryan Rutger — from the first season of AHS — whose spirits are among those who inhabit the house. Then a figure wearing the rubber suit slits his throat.

Scarlett runs off to meet Maya at a sleepover, leaving her parents to sleep alone at home. When Scarlett feels comfortable telling Maya about what turns her on, another friend, Shanti (Belissa Escobedo), informs her that her sexual confessions are being secretly recorded and broadcast live.

Fans of AHS will notice a parallel to Violet’s (Taissa Farmiga) moments in Season 1 of a bathtub scene and a threat of suicide. Maya and her friends, at Scarlett’s request, go to the haunted house. They set out on the investigation and find remnants of the house’s frightening past, including the Infantata, which ends Maya. Scarlett, wearing the rubber suit, exacts her revenge, adding to the house’s already rife history of bloodlust.

Like Tate (Evan Peters) and Violet, Scarlett and Ruby (Gerber’s character) share deep traumas and form an unbreakable bond. It turns out that Ruby killed herself in the past, becoming yet another victim of the house’s inevitability. “Kill yourself and then we can be together forever”, Ruby tries to convince Scarlett, who is still alive.

The police are after Scarlett, hoping to find out more about what happened to her colleagues. Meanwhile, the new ghosts seek to make Scarlett’s life hell — but Ruby vows to protect her new girlfriend.

Michael reveals that he had his own encounter with Piggy Man from AHS: Roanoke. To make matters worse, the house is not earning money and Scarlett’s parents finally realize that the stories they told could be true.

Aaron Tveit appears as Adam, a contractor Troy hired to renovate the site and perform other services. Disturbed by a foul smell, Adam and his assistant break down the wall Scarlett used to cover her kill and discover four corpses. Adam kills his assistant and blackmails the family, but before he leaves the house, he is killed by the rubberman.

In an attempt to escape the killer, Michael and Troy realize they can’t escape the house—that’s when we find out that Ruby killed them both. “Now you have no excuse not to stay,” she tells Scarlett, who is horrified to see all the new corpses and their ghosts. But she soon accepts her parents’ death.

O halloween, the only day the dead can walk the Earth in the series’ mythology, arrives — and Scarlett’s former classmates go out in search of blood. Dismayed by Ruby’s cold demeanor, Shanti flees, but admits to Scarlett that she knows the truth about her friend’s actions. Just when the vindictive girl gang goes after Shanti, Ruby goes to her protection — hoping to redeem herself in Scarlett’s eyes.

The second episode ends with Scarlett deciding she wants to live her life outside the house. She apologizes to her victims and says goodbye to her parents, leaving the Murder House and Ruby back. 10 months later, however, the young woman will seek revenge for Ruby against her fake and abusive uncle. At the end of the episode, Scarlett, Ruby and the other ghosts in the house have fun in a new halloween.

Follow all the details and news from American Horror Stories here on My Series.