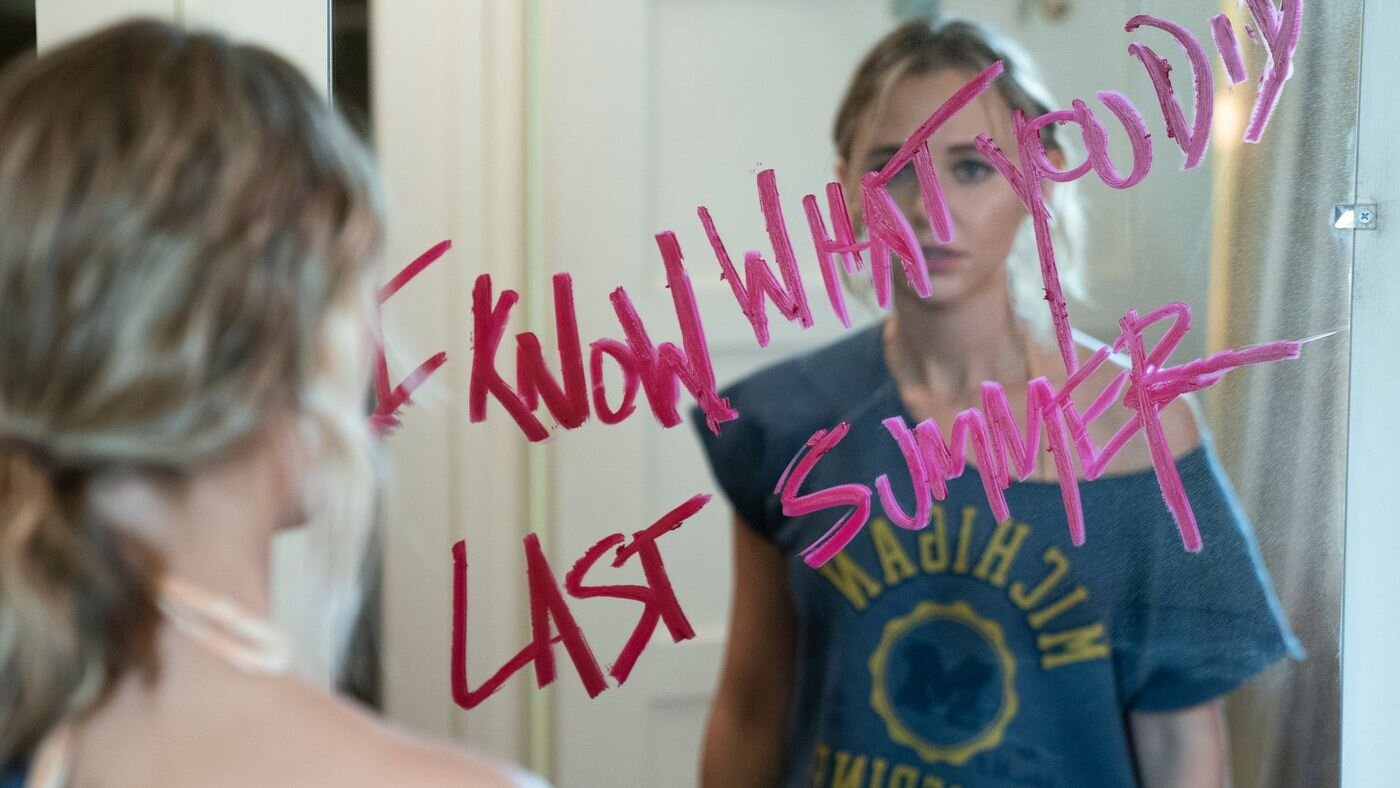 Amazon Prime Video revealed last Thursday (30) the complete list of all titles that should reach streaming in October 2021. Among the highlights is the movie Threaten, the premiere of the 17th season of Grey’s Anatomy and the series I Know What You Did Last Summer.

Remember what arrived in September and check out all the October titles (remembering that dates may change without prior notice from the service):

When her drug-addicted mother becomes the ultimate victim of the undead, 15-year-old Shawna (Asjha Cooper) promises to even things out. Along with three trusted friends, Shawna hatches a daring plan to infiltrate the vampire’s mansion in the historic French Quarter, destroy its leader, and turn his fanged disciples back into human form.

Camila (Letícia Lima) and Caco (Gabriel Godoy) are a suburban couple who live in a beautiful apartment in Barra da Tijuca. The problem is that, after the seven-year crisis, they can’t stand each other anymore. But none of them have the money to stay there alone. Decided for separation, but plunged into debt, the two must share the same roof as two “disjoint”.

A look at the life and ideas of Pauli Murray, a non-binary black lawyer, activist and poet who influenced Ruth Bader Ginsburg and Thurgood Marshall.

After Lupita (Adriana Barraza) discovers that her beloved local bingo hall has been occupied by a mysterious businessman named Mr. Big (Richard Brake), she gathers her elderly friends to fight him. But when her neighbors start turning up dead, Lupita suddenly discovers that gentrification is the least of her problems.

A football player’s dreams of playing in the NFL are interrupted when he is wrongfully convicted and sent to prison. Years later, he struggles to clear his name within an unfair system.

A Korean-American family moves to a farm in Arkansas in search of their own American dream. Amidst the challenges of this new life in the strange and rugged Ozarks, they discover the undeniable resilience of family and what truly makes a home.

A medical drama centered on Meredith Grey, an aspiring surgeon and daughter of one of the best surgeons, Dr. Ellis Gray. Throughout the series, Meredith experiences professional and personal challenges alongside other surgeons at Seattle Grace Hospital.

Carmen, a courageous journalist, discovers soon after her mother’s death that she inherited her grandmother’s house. She decides to move there without knowing that the place hides dark secrets.

A Mexican-American couple moves to a small town in 1970s California. Isolated from the community and plagued by nightmares, Diana explores the ranch where they reside, finding a ghastly talisman and a box containing the belongings of previous residents. Her discoveries will lead her to a truth far stranger and more frightening than she could have ever imagined.

When a slight stroke diminishes her ability to take care of herself, Judith Albright (Barbara Hershey) moves to Golden Sun Manor, a nursing home with an excellent reputation. But despite the team’s best efforts and a growing friendship with elderly colleague Roland (Bruce Davidson), strange occurrences and nightmarish visions convince Judith that a sinister presence is haunting the enormous property. As residents begin to mysteriously die, Judith’s frantic warnings are dismissed as fantasy.

Check out Justin Bieber’s first full-length show in three years and his New Year’s Eve show in 2020 on the roof of the Beverly Hilton.

Kate is a young woman who made bad decisions. His last encounter with disaster was having agreed to work as Santa’s elf for a department store. However, she meets Tom, and her life takes a new turn.

A group of marines responds to a distress call from a top-secret science base on Phobos, a moon around Mars, only to discover that it has been invaded by demons seeking to create hell on Earth.

A New York police hostage negotiator teams up with a federal agent to rescue dozens of hostage tourists during a siege at the US Federal Reserve.

A year after the fatal car accident that haunted graduation night, a group of teenagers find themselves united by a dark secret and pursued by a brutal killer. As they try to find out who is after them, they reveal the dark side of their seemingly perfect city – and of themselves.

A young woman accidentally unleashes terrifying demons when ancient cursed forces, related to a decades-long quarrel between mother and daughter, are revealed.

A New Orleans policewoman is forced to balance her identity as a black woman after witnessing two corrupt cops commit murder.

A pipeline created divisions in the small town of Beaverfield. When a blizzard traps its residents inside the local inn, newly arrived ranger Finn (Sam Richardson) and postal worker Cecily (Milana Vayntrub) must try to keep the peace and discover the truth behind a mysterious creature who began to terrorize the community.

Julieta casts a love spell to win over a co-worker she thinks is perfect for her. The wish is granted, they start a relationship that feels like a story; but she will soon discover that the man of her dreams has a dark past.

The sensationalist newspapers began to report the serial murders in the city of Nova Iguaçu, in the lowlands of Rio de Janeiro. With the mission to find the city’s first serial killer, the brutish, stupid and hilarious sergeant-lieutenant-major Peçanha and his colleagues from the incorrect police station in Nova Iguaçu will not spare unconventional methods to try to hold the job and arrest Animal.

Animated series centered on four high school friends on their quest for fame on Fairfax Avenue in Los Angeles.

The series portrays Diego Armando Maradona throughout his life and career, from his humble beginnings in Villa Fiorito, Argentina, through his decisive career in Barcelona and Napoli, until leading the Argentine national team to win the World Cup in Mexico.