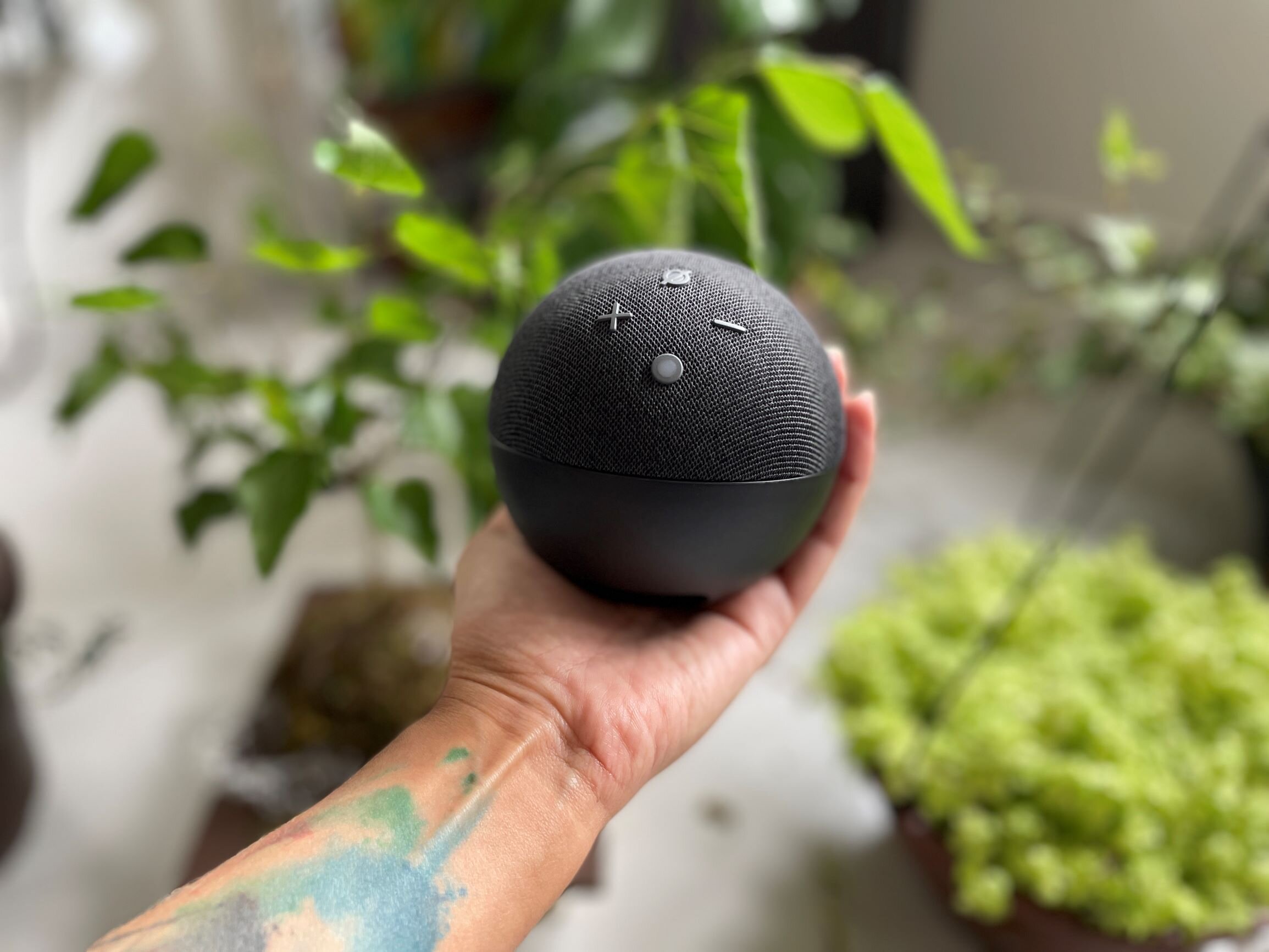 In November 2020, Amazon brought the fourth generation of its Echo devices to Brazil. The smart speaker Echo Dot is the darling model of users, mainly because of its more affordable price.

Here, Echo Dot 4 was launched for R $ 399, but now, about a month after its arrival in the national market, the product can already be found on promotion on Amazon’s own website for R $ 299.

The two great highlights of the new generation of Echo Dot are due to the spherical design and the improved sound. But do these changes justify switching from Echo Dot 3 to 4? I tested the novelty and tell you all the details.

The design of the Echo Dot 4 is quite different from what we saw in the previous model: instead of a flattened circle, we now have a spherical design covered in fabric that inevitably makes everyone want to call the speaker a crystal ball. The base of the device is flat and has the well-known blue LED ring that glows when Alexa is activated.

At the top of the device are four buttons for physical interaction:

An interesting detail is that the buttons are not exactly in the center of the Echo Dot, but during the actual use of the product this proves to be quite ergonomic, with the hand becoming more comfortable with this positioning a little more adjusted to the rear. In addition, when the microphone off button is activated, the LED ring turns red, indicating that the device is not recording your speech. Our privacy thanks you.

Setting up an Echo device is very easy: install the Alexa app on your smartphone and connect the Echo Dot to the wall outlet. Then just follow the instructions on the phone screen to pair and connect it to Wi-Fi (2.4 or 5 GHz). When the speaker is connected to the internet, just use the “Alexa” voice command to start triggering the commands you want.

If you have other smart devices in your home – like light bulbs, TVs, sockets and the like – just set them up to work with Alexa. You can also configure Echo Dot to work with your Spotify account, iFood, or even with the Amazon e-commerce application, to make purchases using only voice commands.

The Echo Dot 4 features the same 1.6-inch speaker as its predecessor, but now with front steering provided by the new design. This means that the audio no longer comes out in 360 degrees as in Echo Dot 3, which is a negative point only for those who positioned the product in the center of the room, for example. If you leave your Echo Dot at the head of the bed or on a piece of furniture closer to the wall, such as a rack in the living room, you will find this front direction better.

I noticed a slight improvement in the sound balance compared to the third generation, with clearer vocals when listening to music. However, it is not a stark evolution. In addition, whoever really wants a more powerful speaker to listen to music, should bet on the most expensive brothers – Echo and Echo Studio – which have woofer, tweeters, more speakers and Dolby processing. 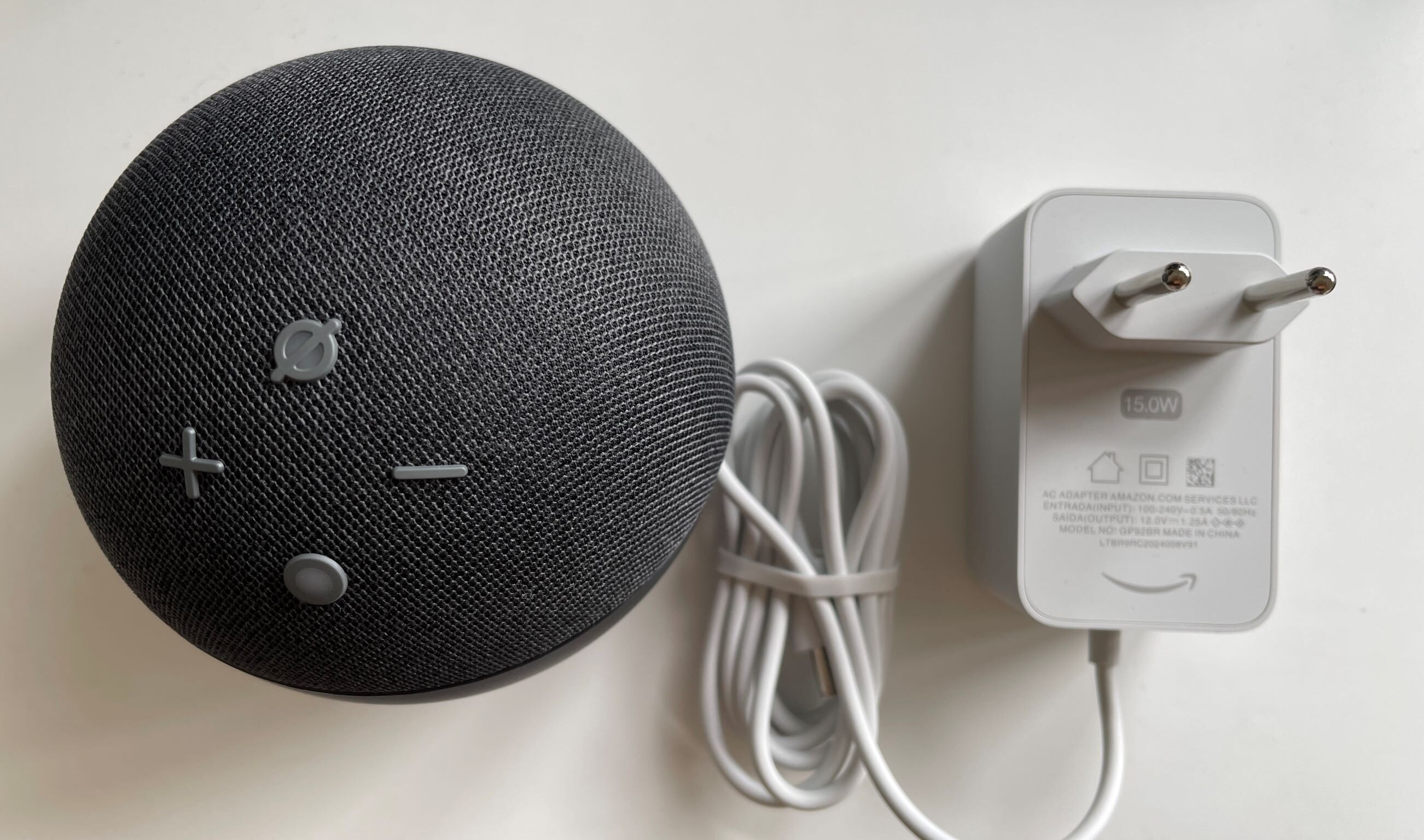 Echo Dot 4’s four far field microphones are more sensitive than Google’s competitor Nest Mini, but don’t have much greater sensitivity compared to its predecessor. As you might expect, the device still has difficulty hearing the “Alexa” command when a song is playing, for example.

Is it worth buying the 4th Generation Echo Dot?

If you are thinking of investing in your first smart speaker, going straight to 4th Generation Echo Dot can be a good idea. However, if you are already a happy owner of a 3rd Generation Echo Dot, there is still no need for an upgrade – unless you place great value on spherical design for your home decor.

Alexa’s commands are the same for any type of device that supports virtual assistant. However, models like the Echo Show can go further thanks to the integrated screen, which allows you to watch video content, for example. Speaking specifically of speaker models without a display, the difference is due to the sensitivity of the microphones and the audio quality, which is directly related to the size of each model.