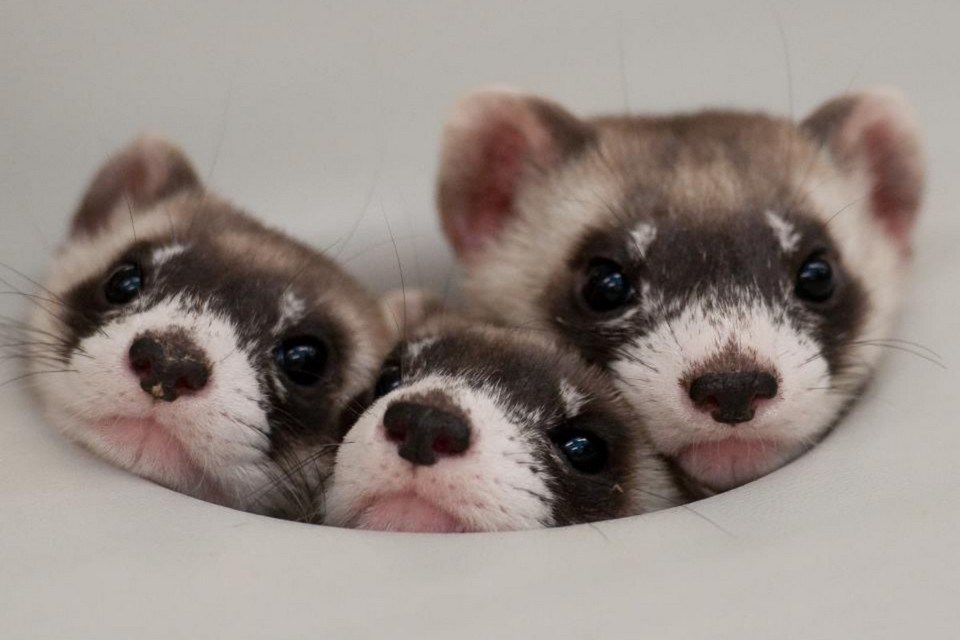 In November 2020, millions of captive-reared mink for the European fur industry were slaughtered when the new coronavirus was detected among them. The alert prompted American veterinary drug manufacturers to start researching animal vaccines, but a group of scientists had already developed one and inoculated it with a relative of the mink on the brink of extinction: black-legged weasels.

Animals housed at the National Center for Conservation of Black-footed Ferrets (NBFCC) in Colorado (USA) were vaccinated. Even though the country has not detected a single case on mink farms, the discovery of the virus in a wild mink in Utah sparked the warning among conservationists.

In mid-March, 18 ferrets (all male and one year old) received the first dose of the vaccine; the second booster dose was administered a few weeks later. Scientists waited a month to test the animals’ blood, celebrating the discovery of antibodies.

The vaccination program expanded in mid-September, when 120 of the 180 ferrets housed in the center received the dose (the remaining 60 animals were not immunized as a precaution, since the lifespan of this species is 4 to 6 years in captivity) .

According to microbiologist Tonie Rocke, a researcher at the National Wildlife Health Center, “so far, the vaccine seems safe, but there is still no data to show whether it really protects animals against the disease. We have no idea if this is really going to work. ”

The biggest problem, she said, is in the animals themselves. In addition to being a species close to mink, they are genetically very similar, since they descend from a small group that has started to breed in captivity, which weakens their immune system: if one is vulnerable, almost everyone will be.

“We have no direct evidence that black-footed ferrets are susceptible to covid-19, but we would not like to find out,” said the researcher, who started working on the vaccine in mid-March.

In 1979, the species was declared extinct, until a small population hidden near a farm in Wyoming helped the lineage to recover: these 18 animals started a captive breeding program.

Once abundant in the US, this native species declined rapidly when farmers began to decimate their main food source, the prairie dog, eliminated as a pest for agriculture.

Today, there are 300 ferrets in captivity and 400 already reintroduced into the wild. Other factors, such as the wild plague (a variant of the bubonic plague), helped to extinguish the animal. In 2006, more than 1,500 ferrets were reintroduced, but in 2016 the disease spread to the population of prairie dogs, killing these animals and dropping the number of ferrets to 300.

Wild plague, according to the researchers, is very difficult to fight. For this reason, peanut butter flavored vaccine tablets were spread over thousands of hectares in an attempt to immunize as many prairie dogs as possible.

The leap of viruses from one species to the other is not restricted to those nearby. According to the virologist at the Infectious Diseases Research Institute Corey Casper, “in the case of highly contagious respiratory viruses, it is important to be aware of the animal reservoir. If the virus contaminates an animal, mutates and jumps back to humans, we may no longer have any immunity ”.