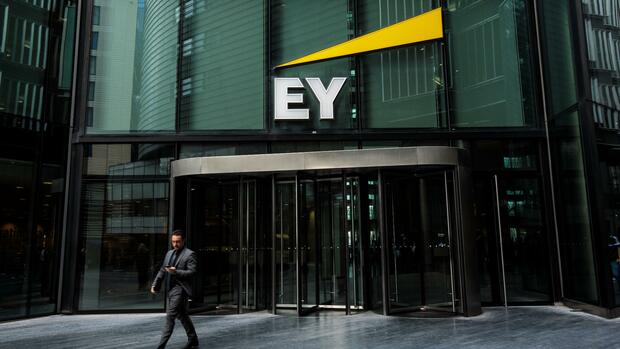 Dusseldorf In the event of balance sheet scandals, the accounting firms of the companies concerned are also the focus of criticism. After all, it is they who, in a kind of sovereign act, attest to the correctness of the company balance sheets after intensive examination. When an auditor signs something, many consider it a golden stamp for authenticity.

On Friday, the Protection Association of Investors (SdK) therefore filed criminal charges against two acting and one former auditor of EY. Checking the existence of bank balances is one of the easier tasks of an auditor and the procedure is clearly regulated. Since media reports say that no balance confirmations were requested from the banks in question for the years 2016 to 2018, the SdK decided to take this step.

The Japanese technology giant Softbank also wants to sue EY, as reported by the news magazine “Spiegel”, citing Softbank’s environment. In this case, the issue is a convertible bond with which Wirecard participated. Softbank tied its investment to a certified annual financial statement – which EY finally issued.

The German company of the auditing group now has to deal with these allegations, because it has been examining the payment service provider’s financial statements for eleven years and has had little to complain about for a long time. How 1.9 billion euros were erroneously recorded in the balance sheet must now be clarified.

In some cases, auditing firms engage clients with hundreds of employees in order to understand and check their transactions and portfolios from the past financial year. But the auditors do not work like investigators, but have to rely largely on the evidence provided by the company.

On the basis of this, they randomly check sales, payments and other transactions for plausibility. The requirement is: adequate, not absolute security.

The limited knowledge of the final exam can lead to false information not being recognized, explains the Würzburg business administration professor and exam expert Hansrudi Lenz. This is particularly the case with deliberate misstatements in accounting, in which the internal control system was bypassed.

However, from the experts’ point of view, EY cannot be relieved of EY at Wirecard. In the case of evidence, Lenz argues for the failure of the auditor. “The well-founded presumption is that the necessary professional care and critical attitude towards the client were not used here,” he told the Handelsblatt.

Lenz justifies this on the one hand with the references to internal deficiencies at Wirecard that have been available since last year – such as the research by the British business newspaper “Financial Times”. However, at the latest when the findings from the special audit by KPMG were given, all alarm bells should have ringed at the auditor.

KPMG’s findings were published on April 28 and were devastating for Wirecard: They revealed serious deficiencies in the payment service provider’s internal control system and in the accounting processes. Wirecard was unable to produce sufficient documents for many of the processes.

This raises the question of why EY, as a long-time auditor, had not previously recognized and objected to these obvious shortcomings. “If an auditor doesn’t see something like this, he’s out of place,” says Lenz. At Wirecard in particular, the assessment of the internal control system is very important. After all, checking only on the basis of supporting documents is difficult in the business that is geared towards millions of transactions.

EY’s auditors do not work with tactical methods – unlike KMPG in the special audit: the competitor interviewed employees, initiated research and requested new data records. In the end it was 200 million.

However, statutory auditors also have legal options. In the case of suspicious cases or insufficient evidence, you can either restrict or even completely refuse to testify. A few years ago, the legislature also created the possibility of an extended auditor’s report: According to this, an auditor must present important audit issues in detail and can point out risks there.

There is enough to clarify for EY

At Wirecard, these matters should undoubtedly include, in addition to internal control, the two accounts with Philippine banks shown as assets in the balance sheet. According to the auditing standard 302 applicable in Germany, the auditor must request and receive the balance confirmations via bank accounts himself – the entire process should be in his hands. However, there is room for maneuver again, for example if the client’s internal control system is rated as good enough.

There is enough to be resolved for EY, as there are now several lawsuits against Wirecard shareholders demanding compensation. One of the complaints is based on the allegation of violating test standard 302. “We see the allegations substantiated by the latest developments,” said Wolfgang Schirp from the law firm Schirp & Partner.

EY can claim that it was ultimately their auditors who exposed bank accounts in the Philippines as well-made counterfeits. KMPG failed in the special forensic exam. But in addition to the lawsuits, the company will probably also have to answer to Apa’s German auditor supervision. There is no question about the image.