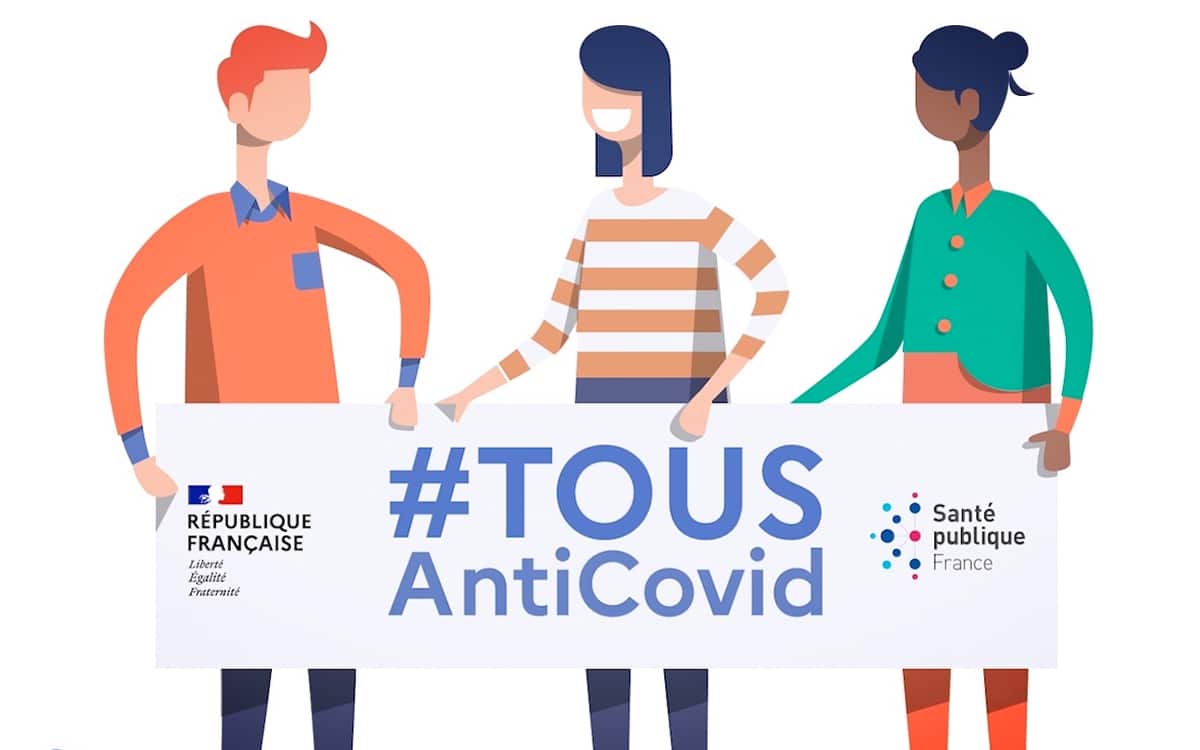 TousAntiCovid is the new government tracking application to fight the Covid 19 epidemic and alert the French if they are potential contact cases. Operation, interest, novelties compared to StopCovid, question of personal data and the impact on the battery, we come back to all these points in this file.

On October 22, 2020, the government launched the TousAntiCovid application. It is in fact a revamped version of StopCovid, which failed to convince the French public and which has been brought up to date. TousAntiCovid arrives for the second wave of Covid-19, a new containment, and already seems more popular than its predecessor with more than 4 million downloads in a few days. Let’s go over everything you need to know about this service.

What is TousAntiCovid used for and how does it work?

The principle of the application remains unchanged in relation to the objectives of StopCovid: it is a tracking app whose primary goal is towarn the user if he has been in contact with an individual who tested positive for Covid-19. This works with Bluetooth, which must always remain activated on the smartphone. The platform can then determine with which other smartphones on which TousAntiCovid is installed your own mobile has been close and therefore know who crossed with whom. The app takes into account contacts within one meter for at least 15 minutes so as not to bombard users with false alerts.

When a person tests positive for the new coronavirus, then they can declare themselves as infected on the application, which will then notify individuals who have been in contact with them for a prolonged period during the period of contagiousness (which begins from the 48 hours before the date of onset of symptoms or seven days before his positive test if the person is asymptomatic). The informed user can then self-confine as a precaution and take a test to find out if he has contracted the virus.

This mode of operation induces that a large part of the population adopts TousAntiCovid so that it can be truly effective. Currently, thetarget of 20 million active users is very far from being reached since only 4.4 million downloads have been made (knowing that a user may have downloaded the app several times, or have downloaded it, but not use it). France is struggling to communicate on its app and this greatly affects its ability to help fight the Covid-19 epidemic. By comparison, Corona-Warn-App, the German counterpart of TousAntiCovid, was downloaded by around 22% of the population across the Rhine. Ireland is also one of the good performers with a rate of 26%.

TousAntiCovid is of course a free application. It is available on the Play Store for Android smartphones and on the App Store for iPhone owners. For users who had already installed StopCovid on their mobile, they just need to update the app to get TousAntiCovid, which is an important update from its predecessor, but not a brand new app that is starting from scratch.

The functionality is in theory the same on Android and iOS, but in fact, the application works less well on iOS. Indeed, the development teams have made the decision to dispense with Google and Apple protocols for the sake of independence from the two giants. And if tracing remains possible on Android without the tools provided by Google, it is on the other hand much less efficient on iOS, much more closed. TousAntiCovid does not have all access to the Bluetooth BLE chip that equips the iPhone. Consequence: iPhones have great difficulty in communicating with each other and the efficiency of the system is necessarily called into question.

Concretely, here is what to take into account with regard to the difficulties experienced by the app on iOS. An iPhone and an Android smartphone can communicate normally, even when the app is in the background on both devices, because the Android mobile will be able to “wake up” the Apple device. In the case of two iPhones, two situations are possible:

Knowing that in most cases the app stays in the background, so there are situations where it will not be able to do its job.

The effectiveness of StopCovid was disappointing in particular because of the small number of devices on which it was installed. To make it more attractive and pretend to revive the interest of French people around the app, several features have been added to TousAntiCovid.

First, it now becomes possible to deactivate the application manually. When you are at home, you no longer need it a priori and you avoid it turning in the background for nothing.

Then, it takes on a new information role. From the home screen, a highlighted menu provides access to the “key figures” of the epidemic, updated daily. The number of new cases identified in France is for example presented. Data refined at the level of cities and departments should appear soon.

Other information such as the number of TousAntiCovid users or the volume of notifications sent to potential contact cases are also part of the application’s toolbox. The latter also refers to two other services set up by the government:

Finally, a link provides access to the travel certificate for the curfew. However, it is no longer very useful as it stands with the new measures announced by Emmanuel Macron and the provisions of the government. Certificate of exceptional travel, proof of business trip, proof of school trip … we explain in another article where and how to download exemptions.

But soon, these certificates will be much less restrictive to find and complete. Every two weeks, TousAntiCovid should receive an update to make adjustments and integrate new features. In a future version, it will be possible to complete the travel certificate directly on the application, which will save time and convenience for users. Once the form is completed, the app generates a QR code which will be requested by the police in the event of a control.

Once available, this solution will clearly be the most efficient for creating a new certificate quickly. It could even alone encourage new users to install TousAntiCovid.

With TousAntiCovid, France cut off from Europe

The European Commission has launched an initiative to create a European network bringing together data from each national application. The applications of Germany, Italy and Ireland are already thus linked, while waiting for other countries to join the movement, starting with the Czech Republic, Denmark, Latvia and Spain. France will never be part of it. As explained earlier, TousAntiCovid does not rely on Google and Apple protocols, while it is the case with our neighbors. Within the European Union, only Hungary is in a similar situation. The French app cannot therefore be connected to others and be integrated into this large infrastructure which is in the process of being set up.

This lack of interoperability forces French users in particular to install and activate TousAntiCovid at the same time, but also its equivalent in the country where they are going. Cross-border workers are particularly concerned.

France’s isolation is explained by its desire to guarantee its citizens the security of their personal data. This is the main argument for a solution based on a house protocol rather than simply relying on the APIs of Google and Apple. To set up this initiative, France relied on national public and private actors: Inria, ANSSI, Orange, Dassault, etc.

TousAntiCovid does not store any data other than the proximity history of the smartphone. This can also be deleted manually at any time by the user. The application has been developed in such a way as to make it impossible to identify a user or to know who he has met and where he has gone.

The battery problem with TousAntiCovid 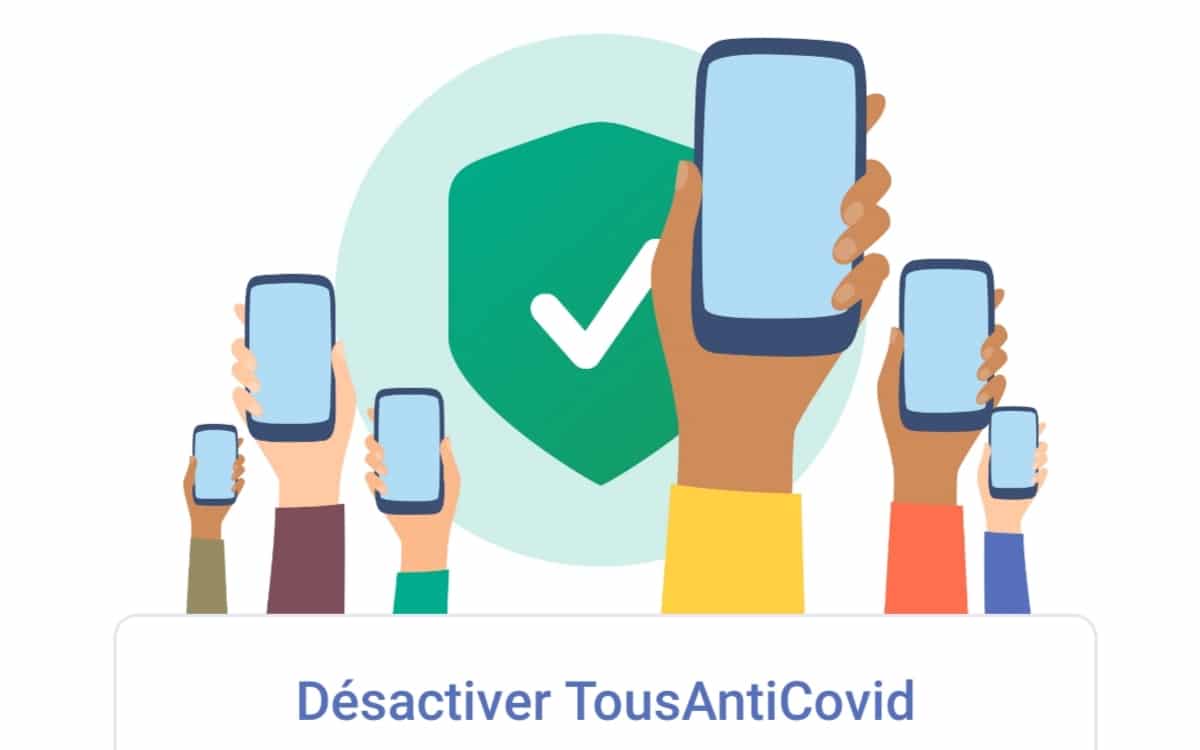 The autonomy of smartphones is necessarily impacted by the application, which requires to be active in the background and to leave the Bluetooth on. The Directorate General of Health (DGS) admits this itself, speaking about “15 minutes of duration (Editor’s note: autonomy) less per day, depending on the phone“.

To limit the battery draining by the application, it is recommended to activate TousAntiCovid only in risky situations, in a closed place with a high concentration of people for example (transport, commerce, etc.). The DGS itself explains that such use is sufficient, but you must of course not forget to reactivate the application as soon as you are in a place or situation conducive to the circulation of the virus.