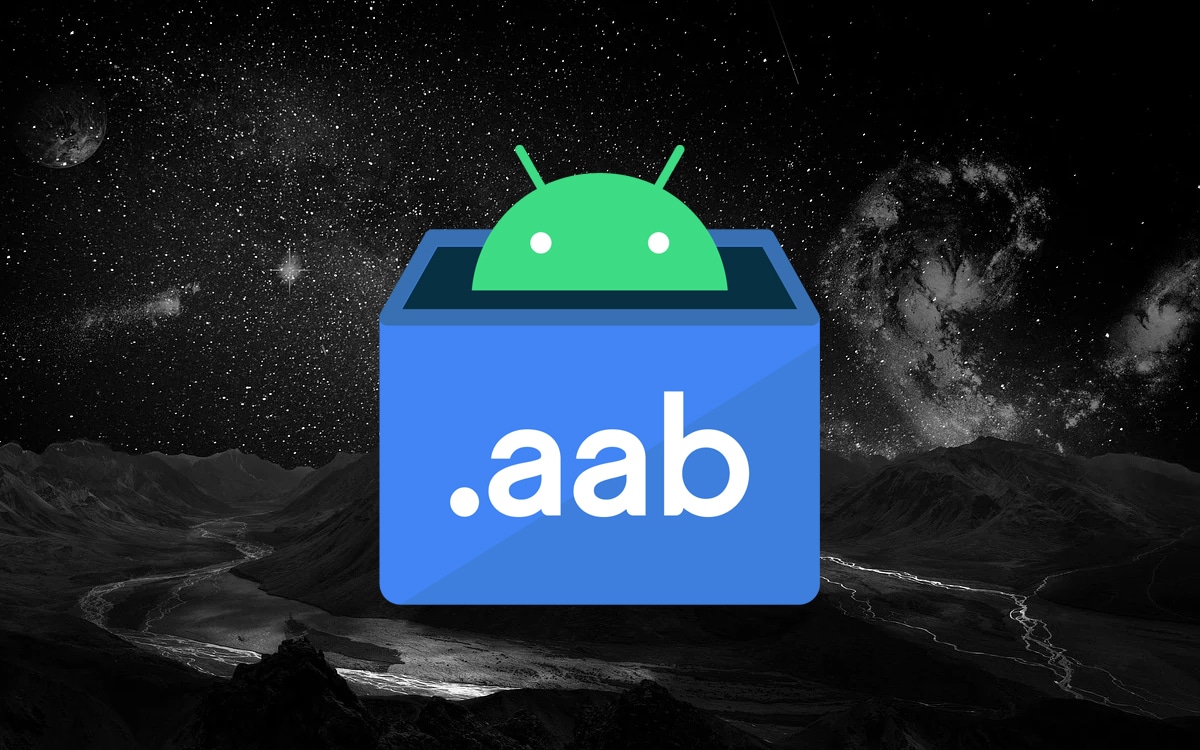 Google is pushing developer adoption of Android App Bundles on the Play Store. More efficient than the APK, the AAB promises faster, smaller and easier to update applications. But how does it work, and what does it mean for the future of Android?

The announcement had the effect of a bomb in early summer 2021: Google no longer wants the APK format on the Play Store and aims to replace it with the AAB (Android App Bundles) format. But why this decision? What are the differences between APK and AAB? What advantages does AAB have over APK? What will this change for the future of Android? So many questions that we try to answer in this paper.

What is an APK?

APK stands for Android Package Kit. This is the historical file format used on the Android operating system. An APK gathers in a compressed way all the files necessary for the good functioning and the installation of an application. All apps from the Play Store are in APK format and it is possible to download any APK file outside of the official app store to install an app on your Android terminal.

When does AAB become mandatory on the Play Store?

From August 2021, any new application submitted to the Play Store must be submitted in the AAB format. The measure therefore only concerns new services for the moment. Ultimately, we can imagine that Google will force developers to switch from APK to AAB when an update is deployed to standardize the experience on its application store.

Will the APK go away?

The switch to AAB format on the Play Store is far from synonymous with the end of APK. First, because AAB is in fact a way to deliver APKs more efficiently to user terminals. If the publisher no longer posts an APK on the Play Store for the benefit of the AAB, at the end of the day, it is still the APK contained in the AAB which is in charge of running an application on a device.

Additionally, as noted earlier, already existing apps can continue to use the APK rather than the AAB on the Play Store. Most of the editors of the most popular applications, however, will voluntarily switch over and exploit AAB for all the benefits it provides.

Why Google is replacing APK with AAB?

First of all, let’s be clear that AABs are not new. This format already existed, but coexisted with the APK. If we talk about it a lot more since it became the recommended format on the Play Store and mandatory for new apps, the technology is known and some publishers have even adopted this standard before recent guidelines from Google. We will see in detail a little later how AAB is a more efficient format than the APK for the Play Store, both in terms of security and performance.

But let’s dwell for a moment on a subject that Google has not yet raised. The AAB will allow the Mountain View firm to better control its application ecosystem and place its Play Store even more at the center of the Android experience to the detriment of third-party application stores. These offer APKs for applications, and if publishers decide to only publish their apps in AAB format, they will lose the richness of their catalog. Note that Google has made available a tool for developers to convert AAB to APK, but there is no guarantee that these will play the game and make APKs available once they are upgraded to AAB, exclusive to the Play Store. The AAB is not supported by the Android package installer and therefore it is not possible (natively anyway) to install an app via its AAB without going through the official app store .

Indirectly, Google could also put sticks in the wheels of Microsoft. Windows 11 will natively support Android applications, which can be downloaded and installed on your machine from the Microsoft Store, which will itself be based on the Amazon Appstore, which like other alternative app stores, has need the APK files.

What is Android App Bundle?

The Android App Bundle is a post format intended for Google Play which gathers all the compiled code and resources of an application. This code and these resources are then processed dynamically so as to generate and deliver a personalized and optimized APK for each device. Therefore, developers no longer need to create, sign and manage multiple APKs to optimize support for different devices. All information is gathered in one place, then it is intelligently distributed to users as needed. Users therefore get a lighter version of the application, as it is optimized specifically for their device.

The goal is to improve the application installation experience while reducing the uninstall rate (each app taking up less space). All without adding a workload to developers, who should quickly take their marks with this system and who have no need to change their app code to switch to AAB, at least if it has been developed in accordance with Google’s recommendations.

What are the differences between AAB and APK?

When you download an APK from the Play Store, you get all of the app’s files, even the ones you don’t need. With AAB, all the files are made available on the Play Store, but only the useful elements are installed on the terminal. A device is only distributed files for its screen definition, for its architecture and for the default language for example. With AAB, app downloads and installations therefore become faster, the bandwidth is used less and the applications are less heavy and occupy less storage space.

The download time of an application is not only reduced thanks to the reduction in the size of the APK generated by the AAB, but also thanks to additional features. In particular, a add-on system that can be loaded on demand allows you to add features and content that are not essential later, after the initial installation, either while using the app or when the user wishes to access the functionality or the content in question. Thus, large features not required at installation, features intended for specific audiences, and infrequently used features can be accommodated in a dynamic feature package.

For developers, the Android App Bundle is also a way to deploy updates much more efficiently, sometimes without having to force the user to go through the Play Store to upgrade their app. The modules still pass the security check Google Play Protect, this does not cause more problems related to the safety and reliability of apps and updates.

Until now we had the Instant apps, a preview that allows you to launch a service without even installing it to explore and test it. But compatible apps are still quite rare, requiring effort from developers. With AAB, it is possible to launch an application which has not yet been 100% downloaded, since its essential elements are well available. A system that we know well with PC or console games and which lands on Android. Useful when the connection is slow or for heavy games.

Play Asset Delivery, Play Feature Delivery, what is it?

Play Feature Delivery refers to the dynamic modulus system described earlier. It allows you to customize which feature modules are delivered to which device and when, with delivery methods at installation time, conditional and on demand. According to Google, 10% of the most popular apps already use Play Feature Delivery.

Play Asset Delivery reduces the time it takes to download and install games by prioritizing the processing of essentials. Additional data like textures and sounds are only processed later. In addition, the compression tool only delivers to the device assets that are compatible with the user’s device, so it is not cluttered with items that it cannot use. The publisher’s servers are less involved, and the user experience becomes more fluid.