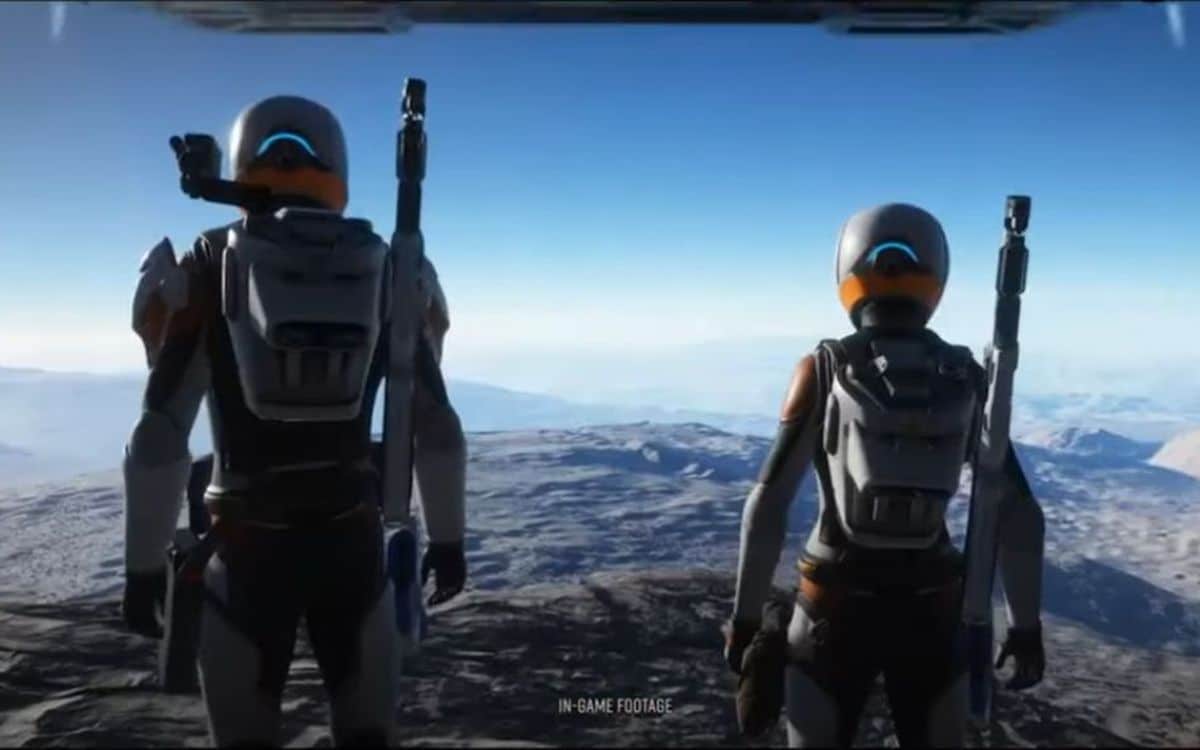 The Game Awards 2020 took place tonight. This ceremony, the equivalent of the video game Oscars, saw The Last of Us 2 crowned game of the year 2020. There were also many announcements between two awards ceremonies. A new Mass Effect has been unveiled, as has a new Perfect Dark game. Dozens of titles have shown themselves in this way.

The Game Awards ceremony has become very important to the video game industry. This is an opportunity to award prizes to titles that marked the past year, but also to announce the hits of the following year! The 2020 edition took place last night and was an excellent vintage.

Without much surprise, The Last of Us 2 takes home the coveted Game of the Year award, ahead of DOOM Eternal, Ghost of Tsushima or Final Fantasy VII Remake. The game of Naughty Dog also received – among others – the award for best adventure game but also for best actor performance thanks to Laura Bailey as Abby. In total, he won seven statuettes.

For the rest of the list, we can cite Ghost of Tsushima awarded in the category of best artistic direction, Final Fantasy 7 Remake which won the prize for best music or even Among Us crowned best multiplayer game. The full list of winners can be found on the official Game Awards website.

The Game Awards look more and more like the perfect excuse to announce a whole bunch of games. The 2019 edition had surprised, since it was the moment that Microsoft had chosen to unveil its Xbox Series X. 2020 is not to be outdone, however, large blockbusters have been shown, but also more confidential games. Here’s a quick overview of the night’s most important announcements.

This is THE ceremony trailer: Mass Effect. Bioware has indeed unveiled a short teasing showing the Earth after the events of the first three games. This new adventure will therefore continue the story of the original trilogy and does not seem to have any connection with Andromeda. Nothing else is known about this title, nor even its name. Right now it’s simply called “The Next Mass Effect”.

We stay at Bioware with a cinematic dedicated to Dragon Age 4. Already announced for several years, the game has been quiet since. This time, he really shows himself through a beautiful video. We can see Solas, a character known to fans, unveiling his plan for the future. No gameplay footage, unfortunately.

The license returns from the dead for a new adventure! Here again we have the right to a beautiful cutscene, but no gameplay image to eat. It will be an Xbox exclusive.

Century: Age of Ashes is a brand new license. The title will offer players the opportunity to face each other in epic dragon-back battles. It won’t be long to play it, as it will arrive in February 2021.

This is a brand new survival horror set in a science fiction universe. From the makers of Dead Space.

Originally thought of as an MMORPG in the Black Desert Online universe, Crimson Desert has been quiet for months, but it returned with a bang at the ceremony. The title has been redesigned from scratch, since it is now a single player adventure game. The trailer gives it a false Red Dead Redemption air in a Heroic Fantasy universe.

The inaugural space game released in 2014 will host its second major expansion: Odyssey. It will allow players to get off their ships to travel the planets on foot. Shooting phases will also be present. Enough to take us back for hundreds of hours of exploration.

Billed as a PS5 exclusive, Returnal has shown off in the past. This time, we see a little more on the gameplay side. It’s going to be very nervous.

New expansion for The Elder Scrolls Online MMORPG! This time the title will take us to Oblivion, which is the equivalent of hell in the game world. An expansion that echoes the 2006 title Oblivion.

The creators of Left 4 Dead will make it, their third episode, but it will be called Back 4 Blood. Announced years ago, the game has finally shown itself in phases of gameplay. We are on familiar ground.

It’s about here of an Annapurna Interactive narrative game, which will be in the tradition of What Remains of Edith Finch or Gone Home.

Nintendo’s fighting game will welcome a new fighter starting this month. This is a distinguished guest: Sephiroth, the villain of Final Fantasy 7. A little surprising arrival, given that Cloud, hero of the same game, is already present. We can already hear the fans sigh “oh no, another swordsman…”.

The ultra popular multiplayer title is going to have the right to a brand new card: The Airship. New layout, new tasks, several levels, it promises to change the game while keeping what makes the parties salt. It will arrive in early 2021.

League of Legends will decline in a new spin-off: Ruined King. This is a turn-based RPG that takes place in the same universe as the MOBA. Fans will be delighted.

There have been many other games, known and unknown, that have made it to the Game Awards, like Humakind, SoulStorm, Warhammer Darktide, Nier Replicant or Ark 2. An eventful ceremony which also took advantage of the absence of major trade fairs this year to attract studios. And you, which game are you most waiting for in the list? Tell us in the comments !