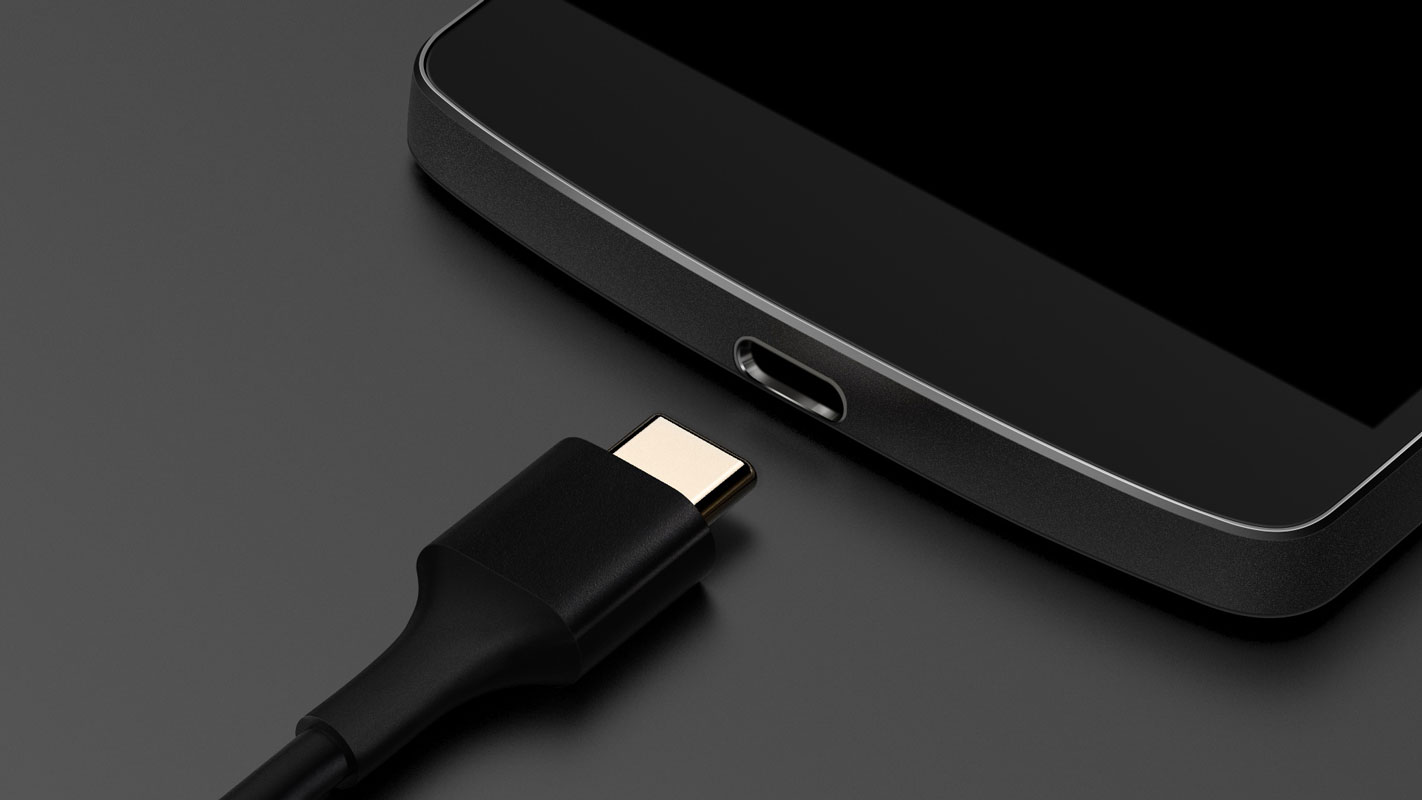 USB Type-C is gently pushing conventional USB out, as evidenced by the many smartphones that have switched to this universal connector format this year. However, it remains relatively unknown to the general public, we invite you to know everything about it.

USB type What is it?

Announced in September 2014 by the USB-IF organization, this connector has the particularity ofbe reversible. You can therefore plug it in without worrying about its orientation. In addition the cables are equipped witha small electronic circuit which serves as their identifier and indicates their characteristics. 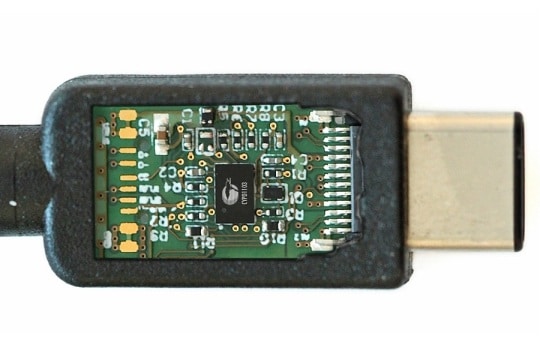 USB Type-C is primarily a USB cable capable of transmit data, video and electric current. Initially, USB-IF had announced that the cable could reach 60 W, even 100 W against only 4.5 W for USB 3.0 and 2.5 W for USB 2.0. But the standard can explode this threshold while we are currently talking about the arrival of 240W USB-PD chargers.

It incorporates intelligent energy management that allows you to give enough power to all your devices even when they are in use. Daisy chaining that is to say connected one after the other.

Why switch to USB type C?

Far from being an “Apple-style” revolution which eliminated the jack plug without providing an interesting alternative, the advent of the USB type C port is of importance to the sector. And for good reason: easier to use for consumers, it is above all much more complete.

This new type of cable is able to pass many different protocols, from USB 3.1 to Thunderbolt 3. It is therefore extremely versatile, allowing it to be adopted for smartphones as well as laptops for example, and this for charging as well as for video signal or data.

In short, USB type C is “the cable that integrates all cables” in absolute terms, according to the standard that governs it. What could be simpler for the user than to have only a cable connected to display the video and the sound of his tablet on his TV while recharging it? This is what USB-C promises.

Yes, because USB type C can deliver much higher power than conventional USB, both physically and thanks to its compatibility with the USB Power Delivery standard. This allows a USB cable to deliver up to 240W of power to the target device.

Obviously, smartphones will not necessarily go that far and must pay attention to the relative fragility of their batteries. The power delivered according to certain profiles, generally 10W and 18W. But such a boost in power allows manufacturers to launch ever more efficient rapid recharges.

And in fact, this cable associated with good standards can charge even laptops, and can connect a screen to a computer while charging it.

Will I have to change my chargers?

In fact, a classic charger will generally send 5W of power to your smartphone. It is therefore sufficient to connect a USB type C cable to this type of charger to be able to charge your phone, nothing really changes on this side.

However, and as is the case with fast charging, not all chargers are created equal. While the charger that came with your smartphone certainly gives you the best charge, others won’t necessarily be able to take advantage of the power of these new cables.

On the other hand, there is no need to necessarily use more powerful USB-C chargers if this was not initially planned by the manufacturer. Either way, USB-C technology allows the device to negotiate the amount of power it needs. So a device designed for 5W, will use 5W even on an 85W charger.

Is there a real danger with poor quality USB Type C cables?

As you saw at the start of this article, there is a chip in the cable that tells your devices how much current and which protocols can pass through it. Also, a poor quality cable can do absolutely anything, and send a load that is too intense or on the contrary not intense enough to a device that is not ready for it.

This can be catastrophic as evidenced by the case of the Google engineer who burned his Chrome Pixel 2 because of a poor quality cable that sent too much charge to his device. Fortunately since then things have changed a bit, especially on the Amazon side. It is true that we often turn to the online store to buy USB cables in a hurry and at the slightest blow, and since this mishap the store has been monitoring its cables more closely and banning non-compliant USB type C cables. .

How can you be sure of the quality of a USB Type C cable?

To make sure that the USB Type-C cables you buy won’t give you a problem, there are a few simple tips. First of all, be careful to buy a trusted brand like Anker, Aukey, Belkin, or whatever the name is already known in the industry.

And above all, be careful to use a trusted merchant, such as Amazon. In this area, it would be better to cash in the cost than to try to save bits of string by going around the Hong Kong import side. It’s no secret, compatible cables USB Power Delivery and with super-fast protocols like Thunderbolt 3 can not cost 10 euros.

They contain very sophisticated electronics and special shielding which has to come at a cost – so it’s usually best to be wary of “bargains” at this time.

Why haven’t all manufacturers switched to USB Type-C yet?

If in 2021, all manufacturers have not necessarily switched to USB type C, it is simply a purely commercial question. On the entry level and the mid-range for example, this choice is still questionable because consumers are not necessarily yet equipped and could see the advent of a new cable as unwelcome.

Some also find themselves in a difficult situation, owing to the fact that accessories are once again incompatible with the new generations of smartphones. We will think in particular of Samsung, whose Gear VR will have motivated the micro USB on the Galaxy S7 while the S8 will have abandoned it.

How can you be sure that USB Type C is not a hype? 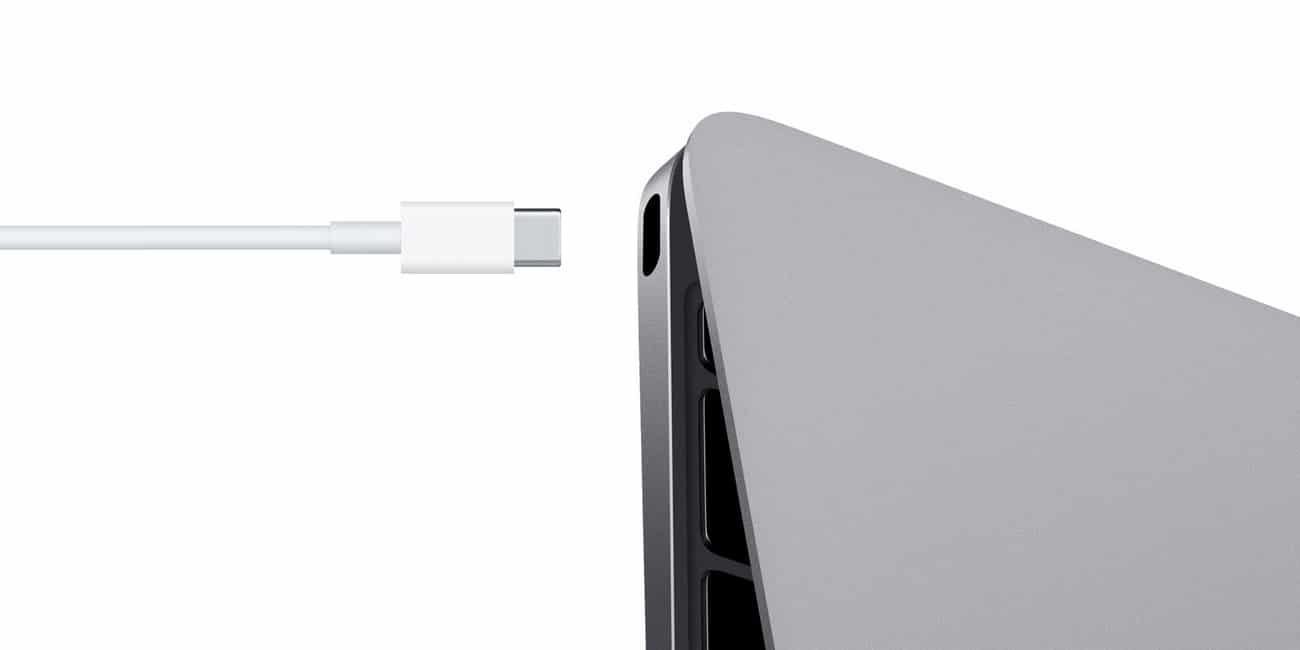 If we see many manufacturers now adopting it, the question can still trot in some heads: is USB type C really justified, or is it simply used to force a change to give an innovative image? to a cable beast?

Let it be said: eventually, everything will switch to USB type C, it’s a fact. And for good reason: it is a real revolution for the high-tech industry, particularly in terms of the standard adopted by all. As we explained above, this new cable is able to accommodate a lot of things according to the standards it supports: USB 2.0, USB 3.0, USB 3.1, DisplayPort, HDMI, USB Audio, USB Power Delivery …

In fact, it is not intended to be exclusively dedicated to smartphones. In the future, manufacturers want a simple USB C charger to be able to suit your smartphone as well as your tablet and your laptop PC, and that your equipment such as PC monitors can themselves charge your smartphones and tablets. In short, all the devices are linked by the same cable: USB type C.

But it is also the great weak point of this one, since a simple USB type C cable does not guarantee to be compatible with Thunderbolt 3 or USB Power Delivery for example. It is on this point that you will especially have to pay the most attention in the future.