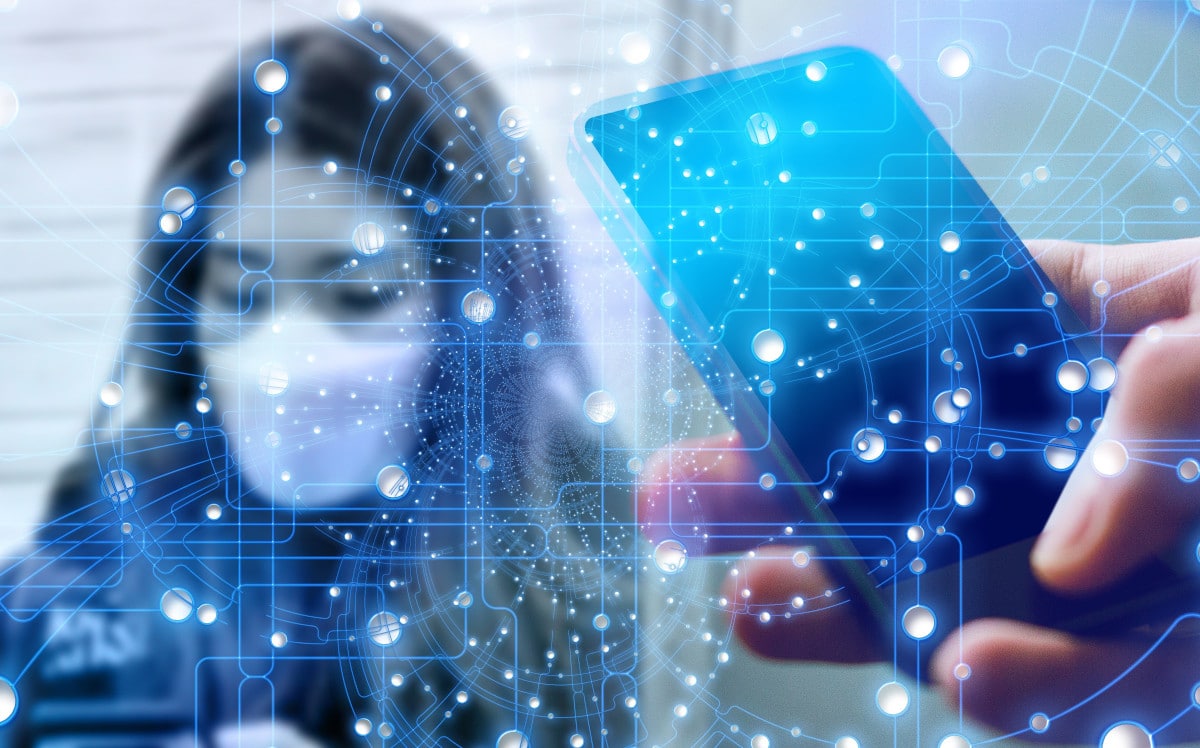 StopCovid is a mobile application that detects the user’s contacts with other people and reports if any of the contacts are carriers of the coronavirus. An approach called “Contact Tracing”. Here’s what you need to know and how to download it.

In early April, several French politicians spoke about the development of a mobile application for contact tracing. This would be intended to establish the list of people crossed by the French and to report if they have been in contact with a person carrying the coronavirus.

The project was validated by the President of the Republic and is supported by several ministers, including Olivier Véran, Minister of Health, and Olivier O, Secretary of State for Digital. Both mentioned the project on April 8, 2020: the application is called StopCovid. During a televised address, Emmanuel Macron confirmed the development of the mobile application. On May 24, 2020, the CNIL gives its consent to its deployment. The next days, the National Assembly and the Senate in turn approved the project. The app has been available since June 2, 2020.

StopCovid is a smartphone application. It is compatible with iOS and Android. It is based on the Bluetooth standard (which you already use to connect your phone to an interactive speaker, a smartwatch or a wireless headset, for example). And it is used to determine if you have been in contact with another person using the Bluetooth standard.

By collecting contact information, it not only helps tracing a path of infection if a user declares themselves ill, but also warns anyone crossed by infected people by advising them to get tested and self-isolate.

The development of the application is managed by INRIA (National Institute for Research in Computer Science and Automation). Half a dozen companies are collaborating in this project: Capgemini, Dassault Systèmes, Lunabee Studio, Orange, Nodle and Withings. To this panel, we must add three government agencies: ANSSI, INSERM and Santé Publique France. Another group, including Thales, Atos and Accenture, is also mentioned.

🥅 What is the goal of StopCovid?

The second objective, which pursues the mission of the first, is to notify the user if they have been in contact with someone who has indicated that they are carrying the virus. If this is the case, the application invites the user to stay at home, isolated, so as not to infect other people, contact a doctor by video conference in order to be prescribed a test. Thanks to this device, the government hopes to break the chains of contamination. In addition, patients will be taken care of more quickly, since their contamination will be known more upstream.

The StopCovid app works similarly to Coalition, an app launched in the United States to track contacts. The operation of the solution is divided into two parts. The first part is the detection of other citizens in a nearby perimeter. The second part is the rapprochement between a person declared sick (or carrying the virus) and a healthy person.

Let’s look at the first part first. The StopCovid app, when activated, searches for the phones of people who are geographically nearby. A contact is saved when the person is nearby (and if they have a smartphone equipped with the application).

For a contact to be saved in the application, the maximum distance should be 1.5 meters. According to the company responsible for designing the Bluetooth part of the app, calculating distances using Bluetooth is fairly accurate up to 2 meters. Or a distance greater than that used to record a contact.

The app does not rely on Apple and Google APIs. Indeed, the French government did not sign an agreement with the two American giants and chose the protocol Robert, designed by INRIA. This means that there is a technical constraint: the contact is not recorded by the application if the perceived smartphone is an iPhone and the latter is locked.

Let’s move on to the second part: the alert. Once a contact has been registered by the application, the information is transmitted to a secure server. If a user declares himself to be infected, the system retrieves all the contacts recorded over a period of 14 days and proceeds to send the generic notifications to people they come across, urging them to isolate themselves and request screening.

💿 What data does the application collect?

The data collected by the application is anonymous. When two smartphones equipped with StopCovid connect to each other through Bluetooth protocol and confirm proximity to their owners, they exchange information. Each application emits a random identifier. This identifier is saved with the time. Geolocation is not saved because it is not useful for determining a path of contamination. The app does not need a permanent GPS or GSM connection.

Lunabee Studio, in charge of the application interface, confirms that the application does not collect any personal data, as previously reported by the CNIL. The contacts made (associated with anonymous random identifiers) are transmitted to a secure server when a Internet connection is available. It is this server that searches for people on a path of contamination if someone declares themselves ill. And he is also the one who will send the generic message to people crossed by the patient. No information on the patient’s identity will be sent to the recipients of the alerts.

The app has been available on the Google Play Store for Android smartphones and the App Store for iPhones since Tuesday, June 2, 2020. To download the app, click on one of the following links from your device:

👨‍⚖️ Is it mandatory to use it?

No, it is not mandatory to install and use StopCovid to take advantage of deconfinement. From the outset, the government insisted that the use of StopCovid is subject to voluntary service. You choose if you want to install it. Of course, the more users there are, the more efficient the application.

This choice is logical, because part of the population will not be able to use it, even if it were made compulsory. Indeed, 23% of French people do not have a smartphone. The latter therefore benefit from deconfinement like all other French people, without however using the application.

There is also another reason that compels the authorities to take this voluntary approach. As the hazardous proposal of an LREM deputy highlighted, making StopCovid mandatory or granting benefits to those who use it would be contrary to the GDPR and would go against the opinion of the CNIL on this issue.

In addition, users voluntarily report their infection to Covid-19. No information will be collected from doctors or medical services. It is volunteering that prevails here too to build the path of infection. It is therefore the goodwill of the users that determines the effectiveness of the device.

The StopCovid app is controversial for three reasons. The first is doubt about its real effectiveness to alert and warn citizens. The second is the protection of personal data. Two important points raised not only by many experts, who expressed themselves against in an open letter, and associations such as Quadrature du Net. In addition, the CNIL has given notice to the Ministry of Health due to several “irregularities” identified in the digital tracing application. The Ministry must quickly correct the situation.

The effectiveness of the application is questioned for several reasons. First, because the protocol Bluetooth was not designed to calculate distances between two devices. An adaptation of the technology is therefore necessary. But that doesn’t guarantee that it won’t generate false positives (or forget to save a contact).

Then, the fact that it does not use the APIs of Google and Apple will block the recording of some contacts, especially those whose iPhone will be locked. Finally, the whole system is based on volunteering, a concept that has been recalled many times. Someone must volunteer to install and use the application. It should also be to report contamination. If the number of voluntary users is too low, the whole system will be inefficient.

In addition, the protection of personal data is called into question. First, is the information transmitted between smartphones really anonymous? Is the exchange protocol encrypted to prevent information theft? Is the backup of contacts well protected? Is the application itself secure enough? And what about the server, which will store all the information in order to cross it and bring out the contamination paths?

These are some of the many questions from computer security experts. And this even if the CNIL (National Commission on Informatics and Freedoms) gave the green light to the project, after showing a certain skepticism. Last criticism – and not the least: Europe wonders why France has chosen a centralized application when 1. its neighbors have instead adopted a more protective decentralized approach and 2. France has been pushing from the start for a European solution (and excludes).

That’s the big question, as the app has been available for two months. As explained above, several conditions must be met for the application to have any effectiveness and to have an impact on the epidemic curve. And especially that it is installed massively by the French. However, according to a first inventory by Cédric O, the application has only been downloaded by 2.5 million French people.

Many people would even prefer to uninstall it or forget to activate it. However, France remains under the threat of a second wave. And this is where StopCovid may be able to demonstrate its effectiveness. However, for now, with so little enthusiasm, it is understandable how the application has resulted in only a ridiculous number of alerts. In this case, we are talking about only 14 notifications. All that for this ?