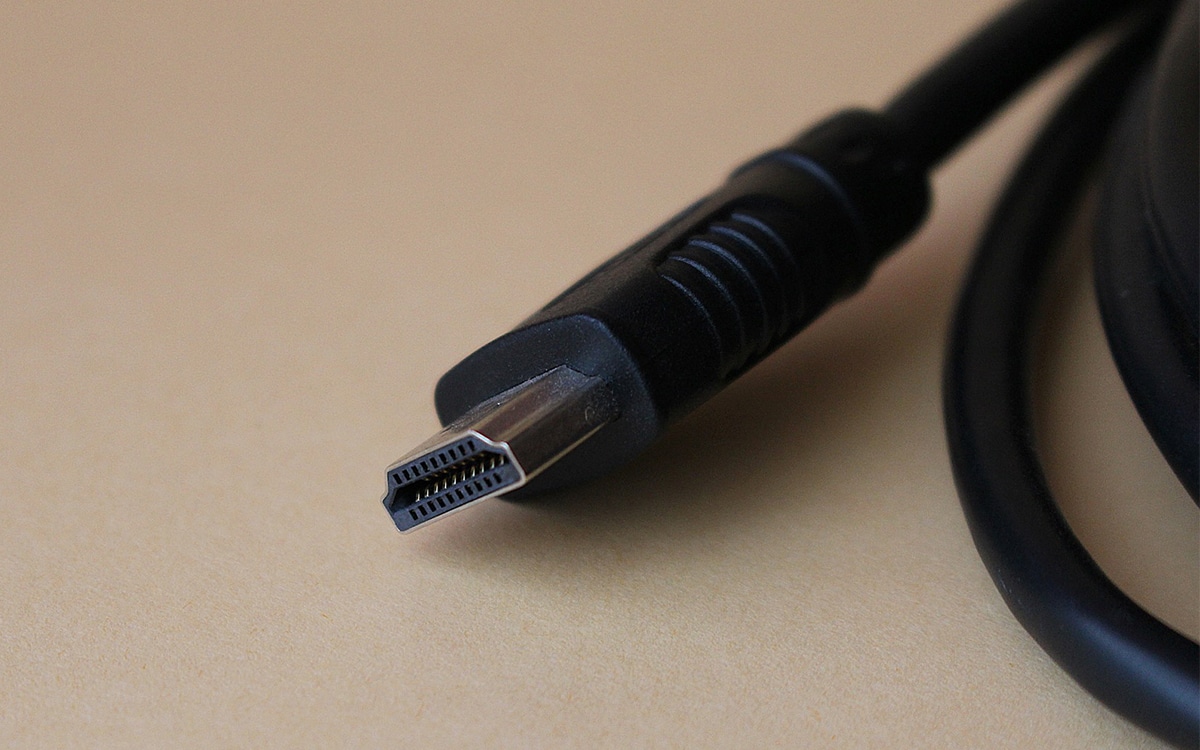 HDMI is the number one video and audio interface on the market. It has evolved over the years, and today the most recent standard is able to transfer monstrous speeds and manage 8K. We will detail here everything you need to know about this standard which has become essential.

The HDMI, difficult to miss! With USB, it is probably one of the most useful ports that equip our electronic devices. But between the different types, standards and certifications, it is easy to get lost. With this file, you have all the keys in hand to decipher the performance of the HDMI ports of your devices (computer, television, camera, etc.) and choose the cable that best meets your needs.

HDMI is the abbreviation of “High Definition Multimedia Interface“, Or“ High Definition Multimedia Interface ”in English. It is a digital standard capable of transmitting video data (uncompressed) and audio data (compressed or not) from one device to another. It is the work of a consortium of manufacturers Hitachi, Matsushita Electric Industrial (Panasonic), Philips, Sony, Thomson (RCA), Toshiba and Silicon Image.

HDMI allows video and audio streams to be transferred from a computer, console or multimedia box to an external display. It is used in particular to connect an independent device to a screen: monitor or television. It can also be used to connect a sound system. 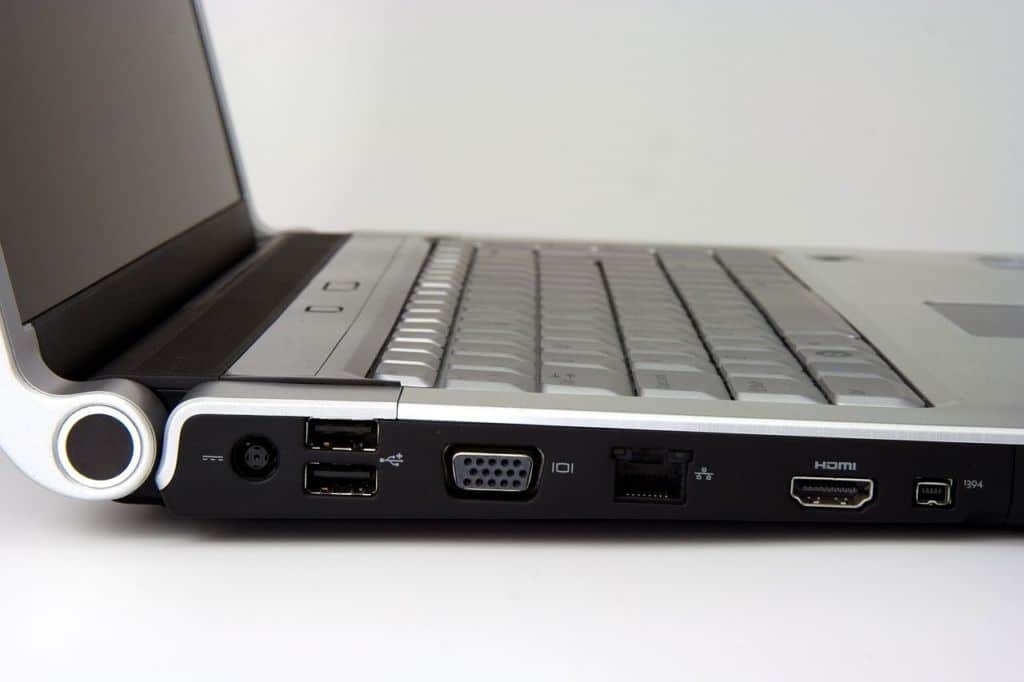 This standard was created in 2002, but it was not until 2003 that the first products and cables using HDMI were introduced. Like any new technology, it did not immediately impose itself on the general public. But the gradual renewal of the computer park has allowed its emergence and today HDMI has become a benchmark.

It comes in particular to replace the aging VGA, more powerful enough and able to manage only the video and not the audio. Same observation for the DVI, less and less used in favor of HDMI. The latter itself has recently faced competition from the standard Displayport, which was also created by several manufacturers who were already at the origin of HDMI. But in 2020, the most popular interface is still HDMI.

There are five families of HDMI connectors, which we briefly describe below:

Here we are, we have made the tour of the different types of existing HDMI connectors. Remember especially the types A, C and D, certainly the only ones you will be faced with.

To read also: HDMI 2.1 finally official – compatible with videos in 10K definition, but for which devices?

Now that you understand the differences between the types of HDMI, let’s move on to the different standards. Fortunately, HDMI has evolved over the years to accommodate new needs. Impossible to transmit a 4K video stream through the first version of the standard for example. Each new standard has brought its share of additional features as well as improvements in compatibility and performance. The goal here is not to retrace your history, but rather to help you as a consumer. We will therefore focus on the three standards used today and about which you should be informed: HDMI 1.4, HDMI 2.0 and HDMI 2.1. If you are going to invest in equipment, these are the standards that are in effect today.

This is the latest version of the standard, validated in 2017 by the HDMI Forum consortium. Only the most recent devices are therefore equipped with an HDMI 2.1 port. Of course, HDMI 2.1 remains compatible with previous generations.

HDMI 2.1 supports a maximum bandwidth of 48 Gb / s. Flow rates that make it possible to 8K at 60 frames per second or 4K at 120 frames per second. The dream of gamers is becoming reality, but of course you still have to be in possession of a screen that is also compatible with this level of performance, as well as a PC configuration powerful enough to display such graphic prowess.

This new standard also offers compatibility with HDR Dynamic technologies, such as Dolby Vision and HDR10 +, for better color rendering, contrast and details. On the audio side, HDMI 2.1 manages the eARC standard, and therefore technologies Dolby Atmos and DTS: X.

HDMI 2.1 also makes possible two features that are much talked about right now, as they are announced on the next generation consoles, the Xbox Series X and the PS5. It is first of all the Auto Low Latency Mode, which allows to reduce the input lag in game. We then have the Variable Refresh Rate, a feature of variable refresh rate which allows to improve the performances and the fluidity, also attacking the jerks of images. An equivalent of FreeSync and G-Sync technologies from AMD and Nvidia.

Before HDMI 2.1, in 2013 we were treated to a welcome update with the HDMI 2.0 standard, which is undoubtedly the most common today. This standard offers bandwidth support up to 18 Gb / s, sufficient to allow 4K at 60 fps. We are also seeing support for 21: 9 screen ratios, which tend to become increasingly popular (this is the ideal format for cinema).

With regard to sound, this standard allows simultaneous transmission of 32 audio channels, with a potential sampling frequency of 1536 kHz. The Consumer Electronics Control functionality is implemented to be able to control a chain of devices connected via HDMI via a single remote control.

Also read: best USB-C hubs for Windows PCs and MacBooks – which model to choose in 2020?

When introduced in 2009, HDMI 1.4 was a revolution. Previously, HDMI did not support 4K, version 1.4 was the first to support it (limited to 24 frames per second however). This standard also brought new developments with regard to colorimetry with the arrival of compatibility with the sYCC601, Adobe RGB and Adobe YCC601 standards.

We also note the support of 3d video stream, ARC (audio feedback) and Ethernet Channel (HEC). This last option makes it possible not to accumulate the use of several Ethernet cables, the wired connection being transmitted by the HDMI. If your PC is connected via Ethernet and HDMI to a multimedia box for example, no need to connect your box to Ethernet. ARC is useful for connecting to an external sound system. Video and audio signals are thus managed simultaneously and in both directions. So there is no need to plug in an extra coaxial cable for sound.

Be careful: while the management of 3D video streams is inherent in the HDMI 1.4 standard (all ports and cables are compatible), this is not the case for ARC and HEC, functions that are not present on all HDMI 1.4 products.

How to choose your HDMI cable 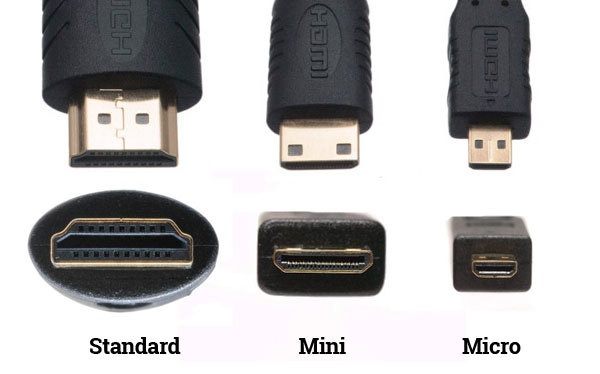 As you can imagine, the more recent an HDMI cable standard, the more expensive it is. If you don’t have a budget consideration, you can go for an HDMI 2.1, which is backwards compatible with older HDMI ports. If you do not yet have an HDMI 2.1 compatible device, the standard is becoming a reference and you will probably soon have devices embedding this standard. The Xbox Series X and PS5 will be equipped with such a socket, remember.

If you’d rather save a few bucks, your best bet is to simply check which HDMI ports are present on the devices you want to connect, and purchase a cable of the lower standard. Indeed, to benefit from all the functionalities of a standard, all the elements of the chain must support it: device A, the HDMI cable and device B. If you acquire an HDMI 2.1 cable, which your computer has an HDMI 2.0 port and your TV is HDMI 1.4, so you will only enjoy HDMI 1.4 performance.

Be careful with the certification system, which is not very confusing because it is not directly linked to HDMI standards. The best thing when choosing a cable is to check its standard, but also its certification. Since the HDMI 2.1 standard was launched, we have had four levels of certification:

Disclaimer: there are other certifications, but they concern either the HDMI Type E reserved for the automotive industry and thus not concerning the general public, or which specify only “with Ethernet”. Like HDMI Standard Ethernet for example, which offers the same performance as HDMI Standard, but with HEC management (explanations of this technology in the paragraph dedicated to HDMI 1.4).

It is also important to anticipate what will look like the setup that we are setting up in order to know what length of HDMI cable do you need. Too short, and you will have to mess up your plans and reorganize your configuration because the cable does not reach device B. It is also pointless to take too long and pay more for a cable you do not know not what to do and lying around on the ground.

For the cable connection, pay attention to the choice of port. It is not uncommon for televisions to offer multiple HDMI sockets, but only one of them is compatible with the best features.