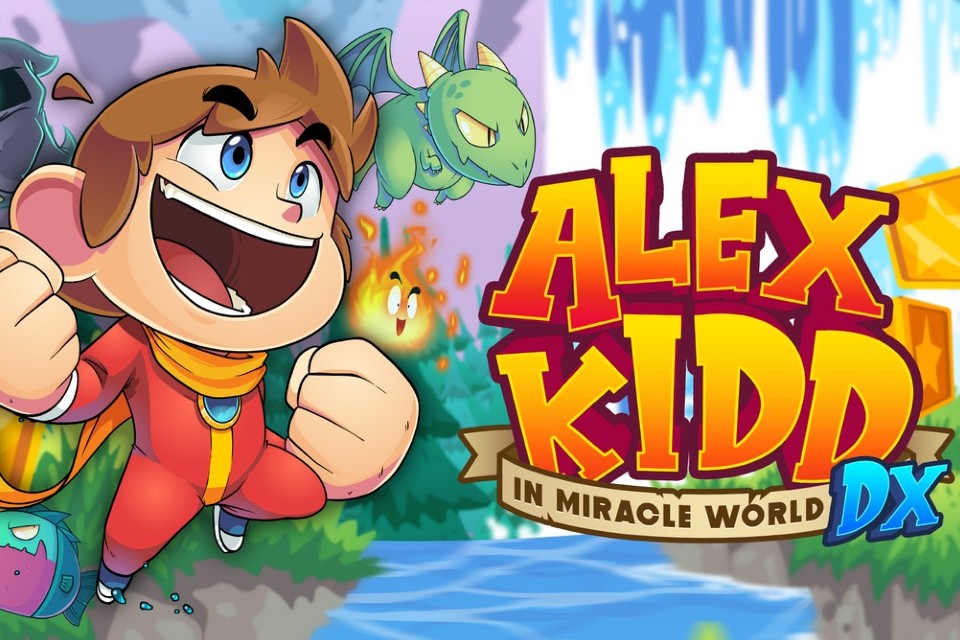 Our older readers may remember this well, but Brazil was one of the few countries in the world where Master System managed to sell more than Nintendinho, which was practically synonymous with video games in the rest of the planet. Thanks to TecToy’s great work here, SEGA’s 8-bit heroes dominated the popular imagination, among them a big-eared tomboy named Alex Kidd.

Originally launched in 1986, its debut adventure, Alex Kidd in Miracle World, it quickly proved its worth as one of the console’s top titles thanks to its well-differentiated and creative platform mechanics. More than three decades later, we have the chance to return to this miraculous world with the remake Alex Kidd in Miracle World DX. Want to know how this release turned out? So check out our full review below!

Back to the future

If you love the original game and you’re missing it so much, there’s not much mistake around here. While not a faithful 1:1 recreation of the Master System title, almost everything looks and behaves exactly as you’ve been hoping for, complete with a button that switches between modern and classic looks for purist delight.

I said “almost” because there are a number of changes here and there, from welcome quality of life improvements like more accessible and intuitive menus, to a change in the continues system. Unlike the more punishing experience of the 1980s, it’s now possible to use infinite continues to get you back to the beginning of levels instead of having to replay everything from scratch.

In addition, in the options menu you can also configure infinite lives, so that less skillful or patient players can abuse the checkpoints to learn the path of stones. All of this helps a little to get rid of the feeling that Alex Kidd in Miracle World DX could be born dated, and most other changes are also welcome.

Right on the first game screen, veterans will notice that some NPCs have been added, as well as dialogue balloons that help contextualize the plot of the journey. If you think that nowadays there are hardly any video game magazines or instruction manuals, this was a clever way to bring the lore of Alex Kidd into the adventure itself.

Other more cryptic pieces of the game were also adapted in order to make the whole experience less irritating. For example, in Radaxian Castle it’s impossible to progress without getting all the items, and characters now give clearer instructions on what to do.

The most notable update, without a doubt, is the addition of some brand new levels with different themes, from desert stages to swamp and lava themed levels. Overall, their design is consistent enough with the rest of the game, and they serve to give a little more value to a title that could otherwise be finished pretty quickly, even more so with the aforementioned quality improvements. of life.

New players will probably not even notice that these phases were made more than thirty years after the original game, which turns out to be a testament to its success and good planning. Still, there’s something to criticize about the original game design here, as the quality and duration of its levels varied a lot.

The old game’s difficulty curve was very ungrateful and unstable, with short and long levels alternating without warning, with some more appealing bits hidden in some corners without warning. Especially so, despite all the updates, it’s better to approach the remake with the eyes of nostalgia, not trying to compare it to other more recent and successful platform games.

Even some features from other modern remakes are implemented a bit clumsy around here. For example, the aforementioned transition between the modern and classic look is something that should happen instantly, as in Diablo 2 Resurrected, and not through a transition screen that lasts almost a second.

Especially since, in the meantime, the game’s objects and enemies keep moving. So if you try to switch between different versions of the game in a dangerous area, the hero will almost certainly lose a life without warning, which can be frustrating.

The new art direction also has its highs and lows. Some levels greatly benefit from the extra details that have been added to the backgrounds, which now show waterfalls or flaming walls. But others, especially in the cave sets, erred a bit in their color choices.

More than once I ended up hitting my head on the ceiling and missing a jump because I thought it was just a backdrop, not an impassable object. The worst thing is to check the original version and note that, there, the distinction between the background and objects in the same dimension as Alex Kidd was perfectly evident! Not all reinterpretations of classic melodies hit the nail on the head either, and it would be nice to be able to play with the modern look and mixed 8-bit background music.

To make matters worse, the final version of the game has some minor bugs and inconvenient glitches. Over the course of three zeroes, I ended up bumping into a complete system crash that forced me to restart a phase from zero, in addition to dying without explanation on two occasions. In one of them, a harmless piece of terrain took my life even with no enemies around, but I imagine this can be easily fixed with patches.

Between hits and misses, Alex Kidd in Miracle World DX can rely on the nostalgia of older players to prove their worth. If you miss the classic Master System, this is a great way to revisit cherished memories in style, but younger players will probably wonder how dated and dull the overall game design can be, with duration and difficulty levels. quite disparate. Still, the remake hits enough to guarantee good hours of fun for the genre enthusiasts!