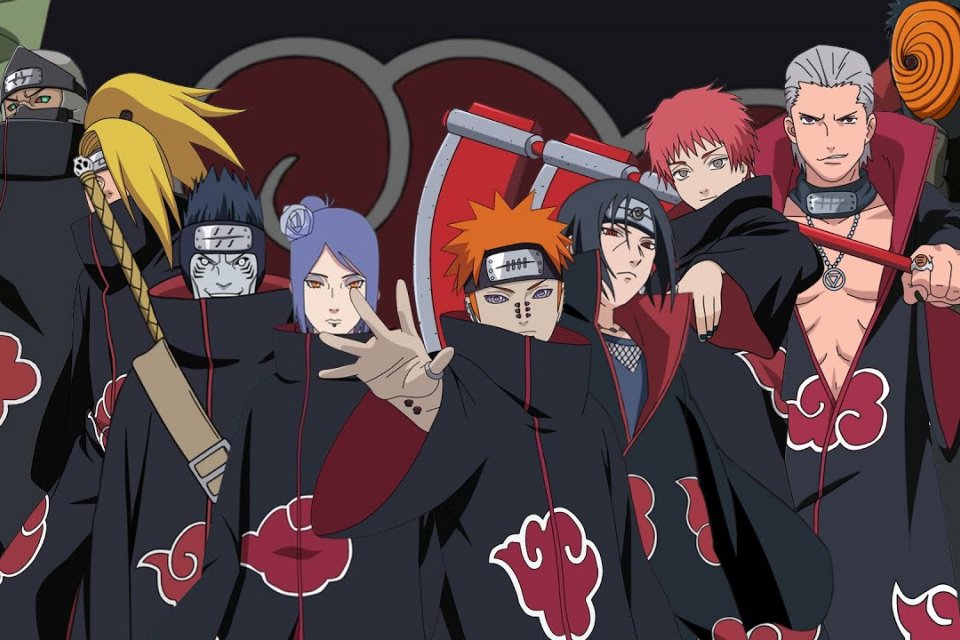 The Akatuski organization is made up of tenebrous and powerful members. Now, it’s time for you to know more about each one of them!

Naruto It has established itself throughout its various seasons as one of the most famous animes in the entire world. And Akatsuki, the organization present in the series, introduced fans to the most striking villains in the anime world, with unique powers and deep stories.

Want to know more about Akatsuki members? Check out the main information about the most striking villain organization in Naruto!

Zetsu is the union of the two types of this character, White Zetsu, which was strategically made to be a weapon, and Black Zetsu, which originated from Kaguya Otsutsuki herself and manages to manipulate the bodies of opponents.

The union between the two types forms a very powerful villain who has abilities to merge with the earth and an absurd speed. Zetsu, in his form of Black Zetsu, has already managed to perform great feats, such as killing Madara himself by betraying him. 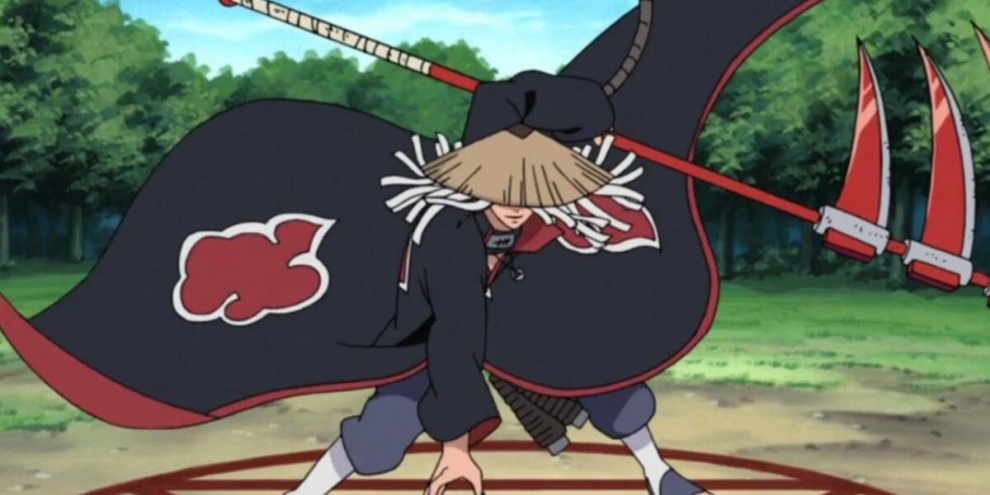 Hidan became one of the characters in Naruto most loved by fans and not surprisingly. The ninja has an eccentric and sadistic personality, in addition to following the religion of the god Jashin in the anime.

The character has semi-immortality powers when performing the Jashin ritual and is able to survive intense battles, but may die from lack of nutrients. He has participated in several remarkable fights, such as the one against Shikamaru. 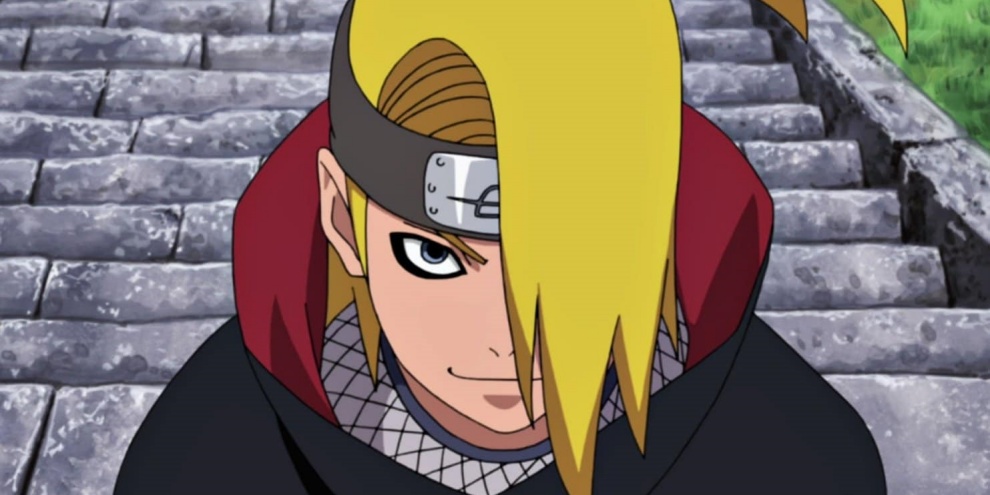 Young Deidara was a nukenin from Iwagakure and helped rebels from different countries before joining Akatsuki. The ninja became famous for his art with explosive clay and his remarkable fights, creating a hatred against the brothers Sasuke and Itachi Uchiha.

The ninja has the ability to create mouths in their hands and manipulate the explosive clay to create real bombs in different shapes. 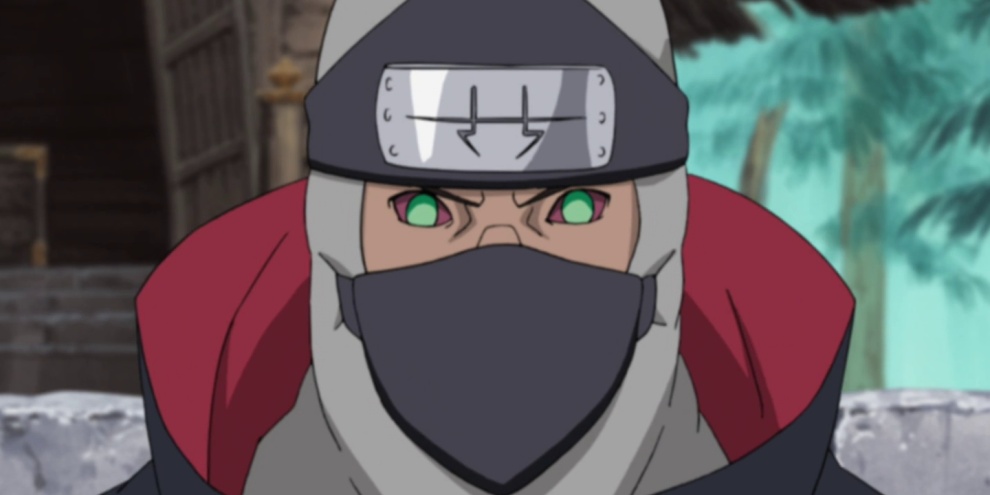 After failing in his mission as a loyal ninja to kill Hashirama Senju, Kakuzu became a disgrace to his village and ended up turning against it, joining Akatsuki. The ninja was Hidan’s partner and was always very greedy about money.

The nukenin can control the 5 elements and is a master of taijutsu, in addition to stealing the hearts of his victims and storing them in his own body. 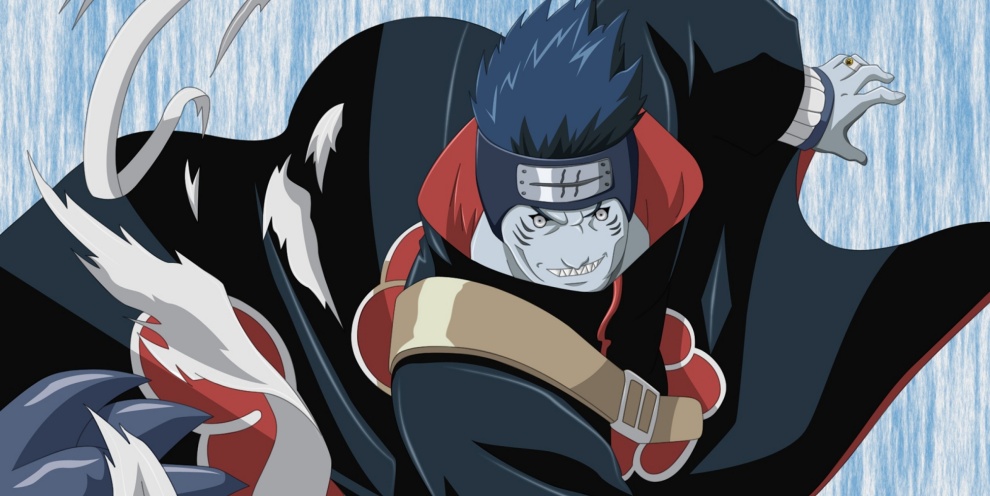 Known as the Hidden Mist Monster, the ninja was one of the Seven Mist Swordsmen until he joined the organization, becoming Itachi’s partner. The ninja was well known within Akatsuki for his incredible sword power.

Kisame’s main abilities involved Samehada, his sword, a being capable of absorbing chakra. In addition, he was a master of taijutsu and had battles against ninjas like Asuma. 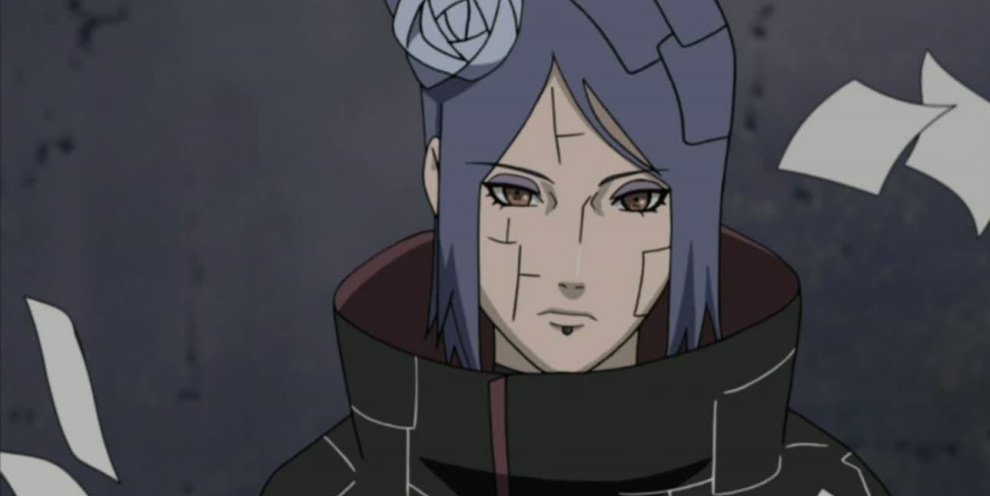 A disciple of Jiraiya and partner of Nagato and Yahiko, Konan created Akatsuki with his friends to fight against the authoritarian power of his village and bring peace to the world. She is one of the most powerful ninjas in the organization and has always been loyal to Nagato.

Konan has managed to master origami manipulation and manages to create incredible and deadly weapons with just one role. She also manages to transform her own body into paper in battles. 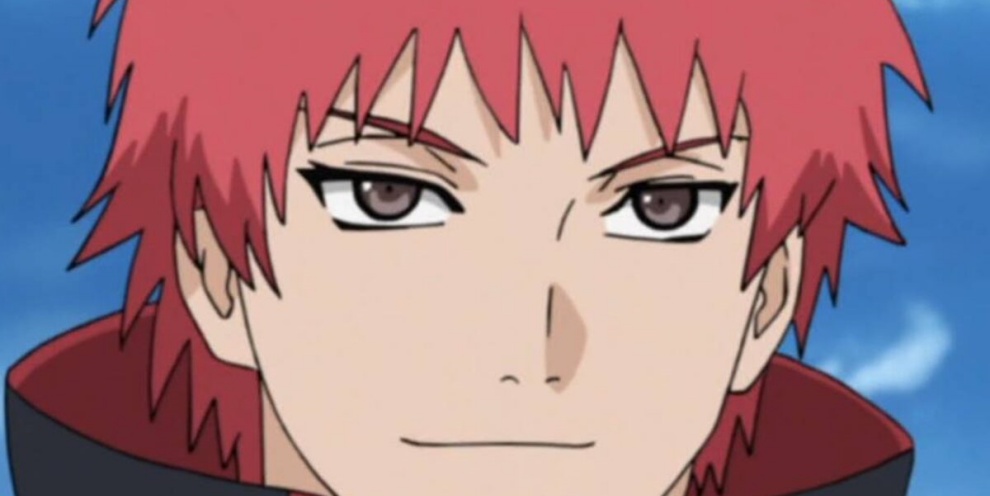 Sasori is a master in the art of puppets and joined Akatsuki after his parents’ sad and loveless childhood in Vila da Areia. The young man was raised and trained by his grandmother and became one of the strongest ninja in his village.

The ninja’s main skill is the manipulation of puppets made from the bodies of his opponents. The nukenin has a collection of over 300 puppets for their battles.

Orochimaru is one of the three legendary Sannin of Konoha, along with Jiraya and Tsunade. After doing unethical experiments with the ninjas of his village, the nukenin turned against Leaf Village and joined Akatsuki, but ended up leaving the organization after trying to steal Itachi’s sharingan and failing.

The ninja is one of the most powerful in the entire history of Naruto and has done dozens of experiments with his body, which allows him to have superhuman strength and stamina, in addition to controlling snakes and even transforming into one. 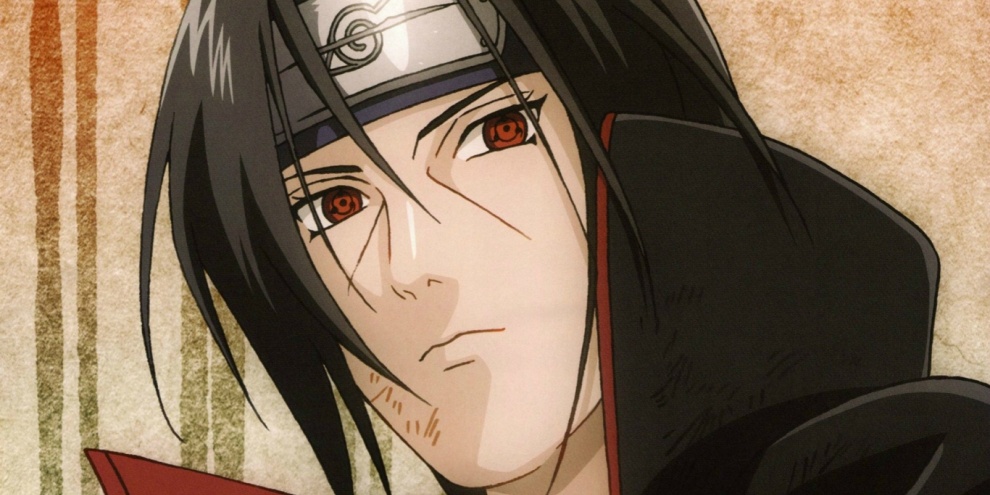 Uchiha clan genius Itachi joined Akatsuki’s second formation after assassinating his entire clan in Konoha, with the exception of his brother Sasuke. The young man is a master of genjutsu and is able to create illusions in a very natural way.

In addition, Itachi controls the releases of fire and water and his main skill is the Mangekyo Sharingan, which allows him to use unrivaled jutsus such as Amaterasu. 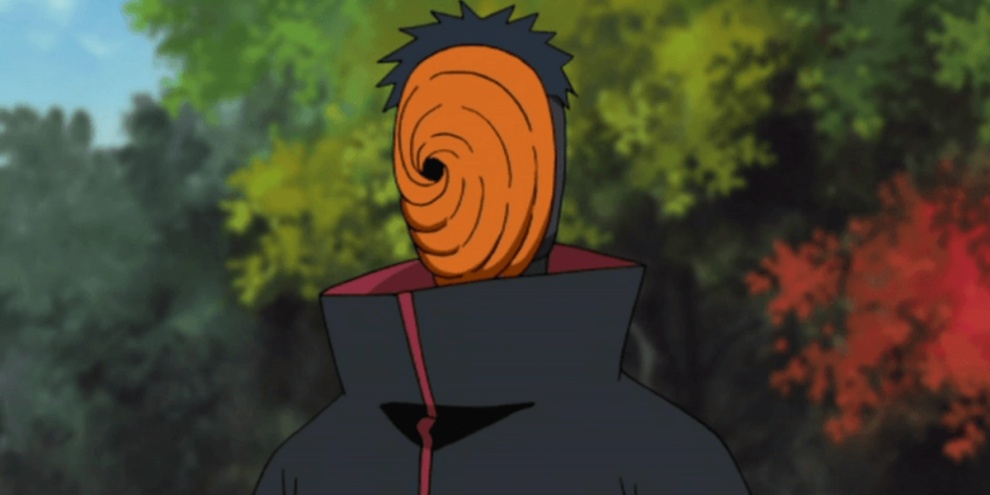 Tobi has always been one of the most mysterious members of Akatsuki, until, during the Fourth Shinobi World War, it was discovered that he was actually Obito Uchiha, who everyone thought had died in the past.

Obito can also use the Mangekyo Sharingan and is one of the strongest ninjas in the Uchiha clan, having abilities such as natural Fire Release and even the ability to create portals. 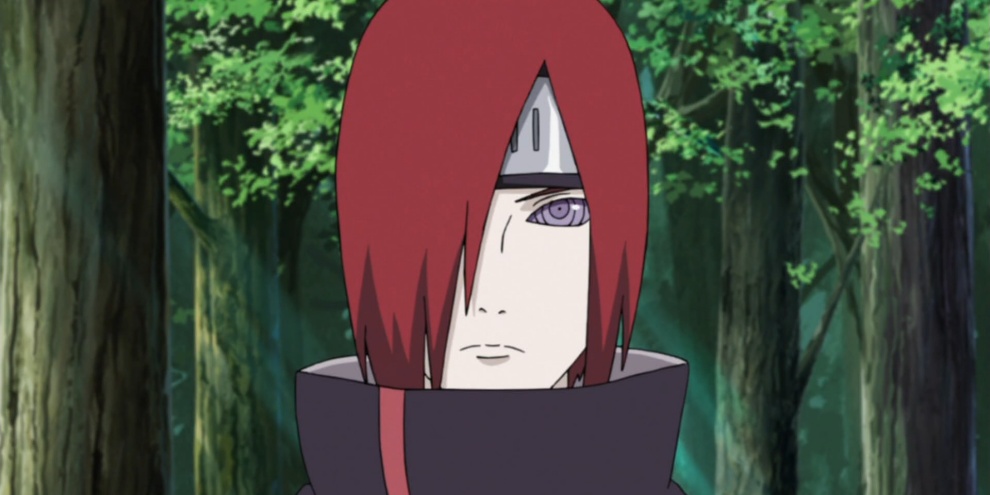 Nagato, or Pain, was one of the founders of Akatsuki and is one of the most powerful ninjas in the entire storyline of Naruto. After obtaining the Rinnegan, Nagato developed the Six Paths of Pain technique and created warriors he could control using the bodies of other ninjas, including his friend Yahiko.

The ninja has the Rinnegan, which gives the wearer amazing abilities, such as manipulating the forces of nature and even mind reading. Nagato’s strength is such that he managed to destroy Konoha in one piece.