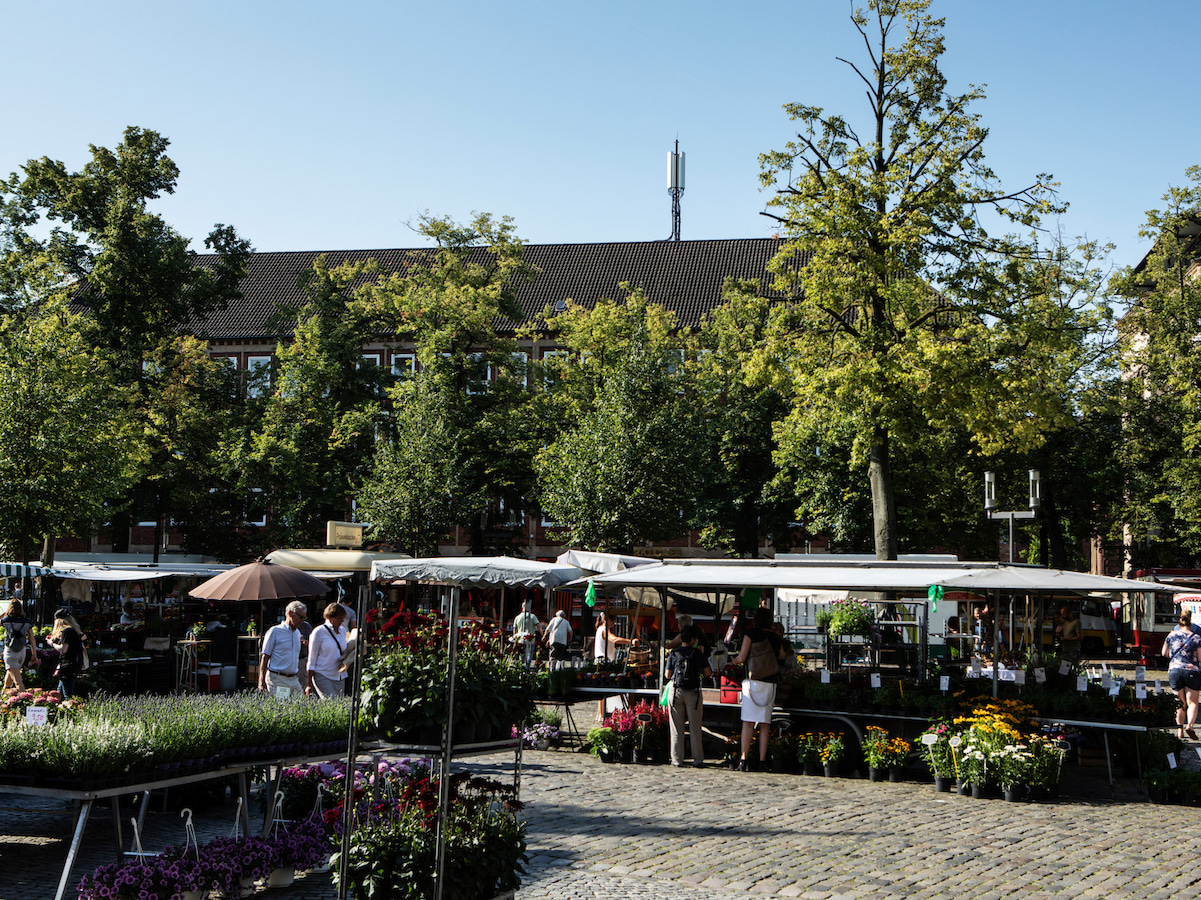 Münster at the market. A roof location of the DFMG, mediated by the Stadtwerke.
Photo: DFMG / Telekom

In order for the mobile network expansion to proceed faster, Stadtwerke Münster (North Rhine-Westphalia) and Deutsche Funkturm (DMFG) have signed a joint agreement. The aim is to improve the cell phone infrastructure in Münster’s urban area faster. Stadtwerke provides the DFMG with its locations or properties (“properties”) and the existing urban infrastructure such as lampposts or digital bus stop signs as potential locations for network expansion.

Sebastian Jurczyk, the managing director of Stadtwerke Münster, rightly recognized that “fast internet on the go via mobile radio and via our fiber optic network at home” is important. “Cooperation will be part of the DNA of the municipal utility company in order to advance Münster.”

Bruno Jacobfeuerborn, long-time CTO and managing director of Deutsche Funkturm, is pleased to “get the development of a future-proof mobile phone coverage in Münster faster” through the cooperation with the municipal utilities. “Through the use of urban infrastructures, we can in particular Telekom, but also other providers [wie Voda­fone, Telefónica oder United Internet] Help to ensure that there is good reception where the need is greatest. Together we will create the basis for 5G expansion. ” 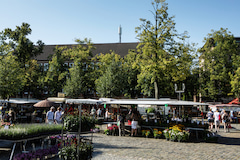 Münster at the market. A roof location of the DFMG, mediated by the Stadtwerke.
Photo: DFMG / Telekom

It currently takes around two years in Germany for a new cell tower to go into operation. Part of this time is spent looking for a suitable location. In Münster, things are now going to change because the municipal utilities are making their properties, including precise geodata, available for expansion. This means that the Deutsche Funkturm can find suitable areas for roof locations or free-standing masts much faster.

Why use lampposts and bus stop signs?

In addition, the DFMG can use the infrastructure of the Münster municipal utility, such as lampposts or digital bus stops for small radio cells, so-called small cells. These small radio cells are the size of a yogurt cup, increase the capacity for 5G and ensure good reception, especially in places with high traffic.

Already in April 2018, the Deutsche Funkturm installed almost 30 small cells on house facades on the occasion of the Catholic Day, which have since ensured reliable cell phone coverage in downtown Münster.

The Deutsche Funkturm (DMFG) is not known to every mobile phone customer: this is Deutsche Telekom’s transmitter location subsidiary, which builds up Deutsche Telekom’s mobile network. The DFMG also offers its masts to other mobile operators for shared use. In industry circles, competitors sometimes complain that the DFMG locations are “very expensive”.

The DFMG has 800 employees, the infrastructures for the German mobile radio providers, radio broadcasters, operators of microwave links as well as for the radio networks of authorities and other institutions. The company is part of the Deutsche Telekom Group and operates more than 31,200 radio locations.

What are the Münster municipal utilities doing?

Stadtwerke Münster has around 1,100 employees and supplies its customers with electricity, natural gas, district heating and drinking water, but also expands the digital fiber optic infrastructure in Münster and offers its own broadband Internet connections. Stadtwerke is also responsible for bus transport in Münster. Climate protection and the expansion of renewable energy are an important goal of the company.