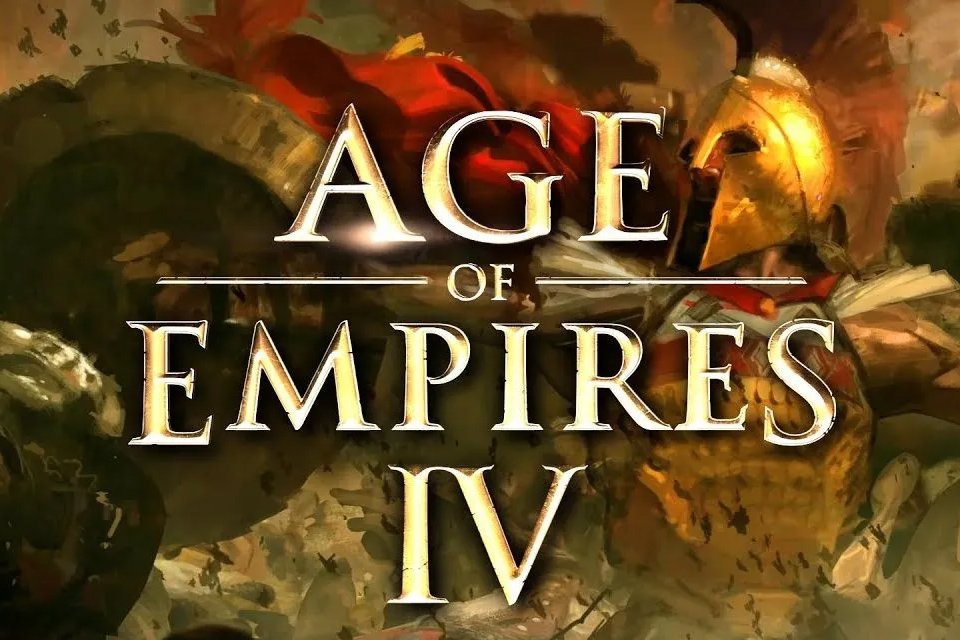 The day for real time strategy game lovers is coming. A countdown and a wait that lasted for years and years, but we will finally have the official release of one of the most anticipated games in recent times.

After the arrival of the first game in October 1997, the genre RTS it was never the same again. the great title of Studios set marked generations, transformed gamers and, above all, created a legion of fans across the planet.

In recent years we have lived the expectation for the release of the fourth game in the franchise. After a series of spin-offs and remastered versions, Age of Empire 4 is among us! It is always worth remembering that the game was developed by Relic Entertainment, company behind the excellent series Company of Heroes.

Age 4 will be available on October 28th for computers, and can be purchased at the store. Microsoft, or else in the Steam. The game will also be part of the full catalog of Xbox Game Pass.

But will the new game of the franchise pleased? With over 25 million fans around the world, it would be difficult to escape the formula for success that has marked him over the decades.

The essence will never fade

The fourth game in the franchise takes the saying “the team that is winning doesn’t move” to the letter. Over all these years, Age of Empires always brought new ingredients, but never enough to transform its roots.

As much as real-time strategy games have developed a lot in recent years, gaining complexity in many cases, Age 4 it still has a simple and straightforward line of reasoning. It is worth noting that Age 3 came out over 15 years ago. To develop your city you will need to produce food, gather wood, stone and gold. With that we can believe that the game still takes the development speed factor very seriously.

Food can be acquired through hunting or by building farms. It will be through them that the player will get a lot of food for the production of villagers and soldiers.

Don’t forget the gold! As much as it is not vital for the construction of certain items, it will be essential to change eras and develop your soldiers, besides producing warriors of the highest level.

As much as you can grow your city harmoniously, having a conservative game style, get ready for the rush. The faster you go through the game’s eras, the better to succeed in it. So it will be essential to use the scouts. A lot of people don’t value this unit, but it is very useful throughout the game. They help you better visualize the map, find strategic points, and find animals and gold. The scouts even guide sheep to the city as a way to facilitate the slaughter.

In addition to all these ingredients, don’t forget to develop your defensive power, building fences, towers and even gates to prevent enemy entry. If that happens, prepare for the worst.

A big novelty is the existing protection variation, with many walls, wooden fences and lookout buildings. On the other hand, the player will have several mechanisms to break the sieges. The game has several modes that serve as tutorials, including goals for you to improve many aspects of your game. But it’s like I said. Focus on the speedy development of your city, as it will be fundamental to victory.

As much as you are an experienced player, you will find that even in the easiest modes, the artificial intelligence reaches a certain level of agility that makes you doubt if it is possible to evolve so quickly in the game.

many hours of game

Age of Empires 4 has many forms of fun. The player will be able to opt for single player or online modes, even a fully customizable 4×4. The game has four campaigns with a total of 35 missions each, following the pattern found in Age 3.

You will pass through the England of William I, the world of Joan of Arc and Genghis Khan, with the might of the Mongol army and the Ascension of Moscow. As usual, prepare your wallet, as over the years DLCs should be released.

It is worth noting that with the Mongols, a game variation that can give a big change in strategy. It will be possible to change the place of your main base, thus making it difficult to read the opponent.

The game scenarios are procedurally generated and the correct use of each environment can provide an advantage in battles. You can hide in the middle of a forest or use archers on a hill. Each civilization can have up to 200 units, having the possibility to evolve through 4 Ages: Dark Age, Feudal Age, Castle Age and Imperial Age.

For those who are used to the world of Total War it may seem like little people on the battlefield, but it is enough to allow the game to run smoothly and with great quality in 4k.

The optimization is impeccable and catches the eye as it flows smoothly, even with the game filled with opponents and enemies. Now, a really cool point that should be highlighted is immersion.

Each civilization has unique characteristics, stereotypes that have made them known over the years. Be it an outfit or a unique battle style. This was only possible due to the wonderful artwork done by the company. It is impressive that during the adventure, the language itself evolves. In the beginning, you have a more rustic and simple English and, with time, it gets closer to what we currently find.

Something that fascinated me were the CGs that precede each chapter of a campaign. The work was impeccable, mixing computer graphics with real images.

As much as there are achievements focused on a peaceful game mode, Age of Empires 4 at its core is the building of empires based on the total destruction of the enemy. All this becomes clear when we realize the importance of rush throughout the game.

As mentioned earlier, developing your troops will be critical to your adventure’s success. It is important to know the characteristics of each of your soldiers to do well in battle.

I say this because here the game has problems, especially if we take into account the evolution of RTS games. It is clear that here, Age of Empires 4 it could have become superior to its competitors, but that is not the case. Commands, as simple as they are, don’t give you the best control of troops on the battlefield. Much of a war takes place in the middle of an anthill without the possibility of putting much strategy into play.

As much as in some tutorials it is possible to see this strategy, it is far from being well executed within the battlefields. That’s why I consider what is found in Total War very much.

Okay, I know that combat is very important for the development of everything that happens within the game. If it’s not well polished, with an artificial intelligence that supports a real simulation, everything falls apart.

The gameplay is much closer to what we found in Age of Empires 2, which may perhaps be considered one of the most popular in the franchise. This is due to the massive exchange of information that took place with the community.

Age of Empires 4 is a super game, especially if you enjoyed the second title in the franchise. Civilizations are more distinct and they directly interfere in the gameplay and in your way of venturing into the scenario. As much as it is still important to have a basic development.

The content is impeccable and optimization is hassle-free, with a unique immersion and bringing the franchise up to date for good. Artificial intelligence can and should be improved, even with the addition of many new features in this regard.

Age of Empires 4 was provided by Microsoft for this review.