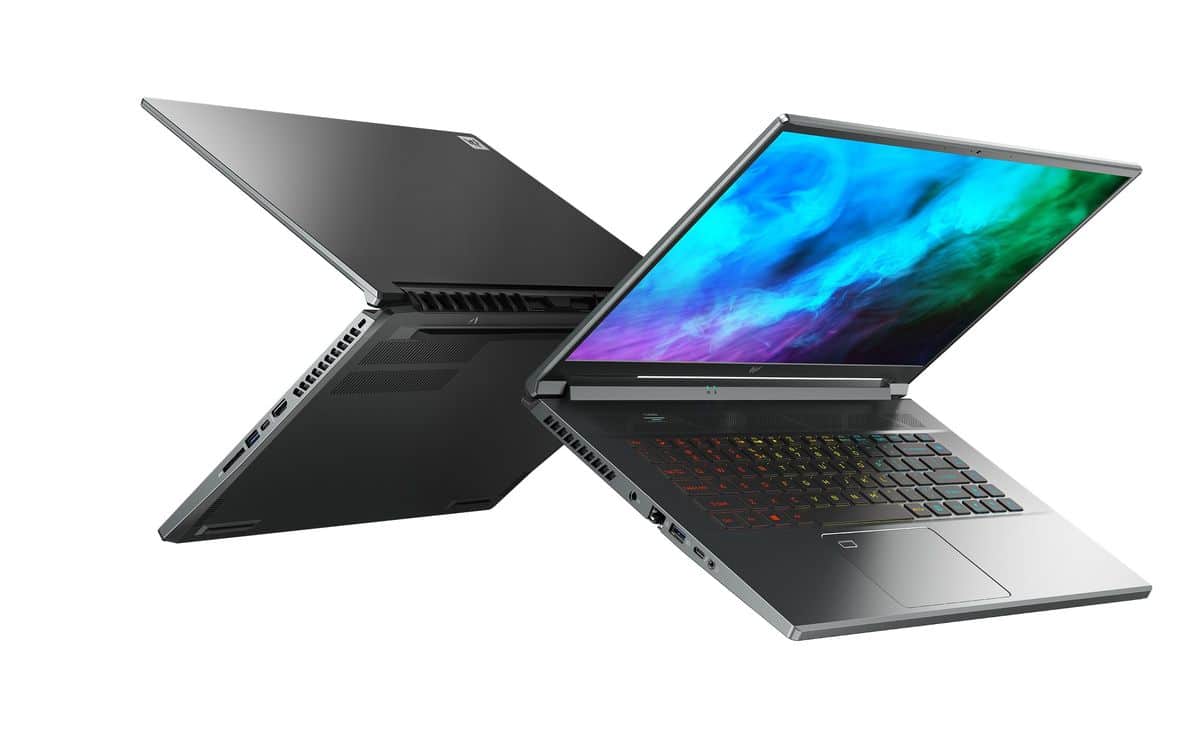 Acer presented its new line of laptops at its traditional May conference. Among the novelties, the Triton 500 SE, which wants to go gaming and work. The brand has also unveiled a plethora of other products, such as the Acer Swift X, its new notebook with a graphics card.

Like every year, Acer holds its traditional May conference to present its new product line. The 2021 edition was quite wise, since the Taiwanese brand relies heavily on its already existing PCs, but with refresh to 11 Intel processorse generation (like the Swift or Nitro series, for example). She still revealed novelties.

The most interesting is the Triton 500 SE, from the Predator range. Like the Asus Zephyrus G14, it seeks to offer a gaming setup in an aluminum chassis that would almost make it sound like a dedicated work notebook. So it’s only 19.9mm thick (which is not much for a gaming PC), ideal for transport. It is equipped with a 16-inch Full HD screen and the user has the choice between two panels. A mini-led panel, which promises high brightness and a refresh rate of 165 Hz, or a classic IPS panel at 240 Hz. Inside, we find an Intel Core i9 processor of 11e generation as well as an RTX 3080 at most. It remains to be seen how the heat will be managed in such a thin frame with such a configuration. Breath promises to be high in-game. It will be marketed in July at a starting price set at 2,000 euros.

Acer also took the opportunity to refresh its Helios 500, which is more classic in its approach. It has a 17.5-inch 4K display with 120Hz refresh rate, a maximum Intel Core i9 processor (with 64GB of RAM) and an RTX 3080 (also maximum). It will be available in June for a starting price of 2,500 euros.

Acer presents an ultra-portable with an RTX Serie 30

As we said above, the Swift series has also had the right to a refresh, like the Swift 5. But Acer has also presented a new product: the Acer Swift X. This is a 1.4 kilo ultra-portable that does not rely on its weight or its thinness (17 mm), but on its power. It is indeed equipped with a GeForce RTX 3050 Ti, which can provide a graphics boost, and even launch games. It features an AMD Ryzen 7 5800U processor as well as 16 GB of RAM and a 2 TB SSD maximum. On the screen side, Acer offers a 14-inch IPS panel in Full HD. It will be sold during the summer for a minimum price of 900 euros.

Finally, the builder continues to bet on Concept D, its range of computers dedicated to image professionals, and unveils the Concept D5 and D5 Pro. These are Notebooks equipped with an 11th generation Intel Core H processor with a maximum RTX 3060 or an RTX A3000 or A5000 for the Pro version. They offer a 16-inch screen with a definition of 3072 x 1920 pixels with very high color fidelity (we are promised a Delta E of less than 2). They will be available in August for a starting price of 2,200 euros for the D5 and 2,600 euros for the D5 Pro.

For the Concept D range, Acer also unveiled its technology SpatialLabs, a 3D screen without glasses dedicated to those who work on renderings or virtual reality. Here, the webcams follow the user’s gaze to create a stunning 3D effect.