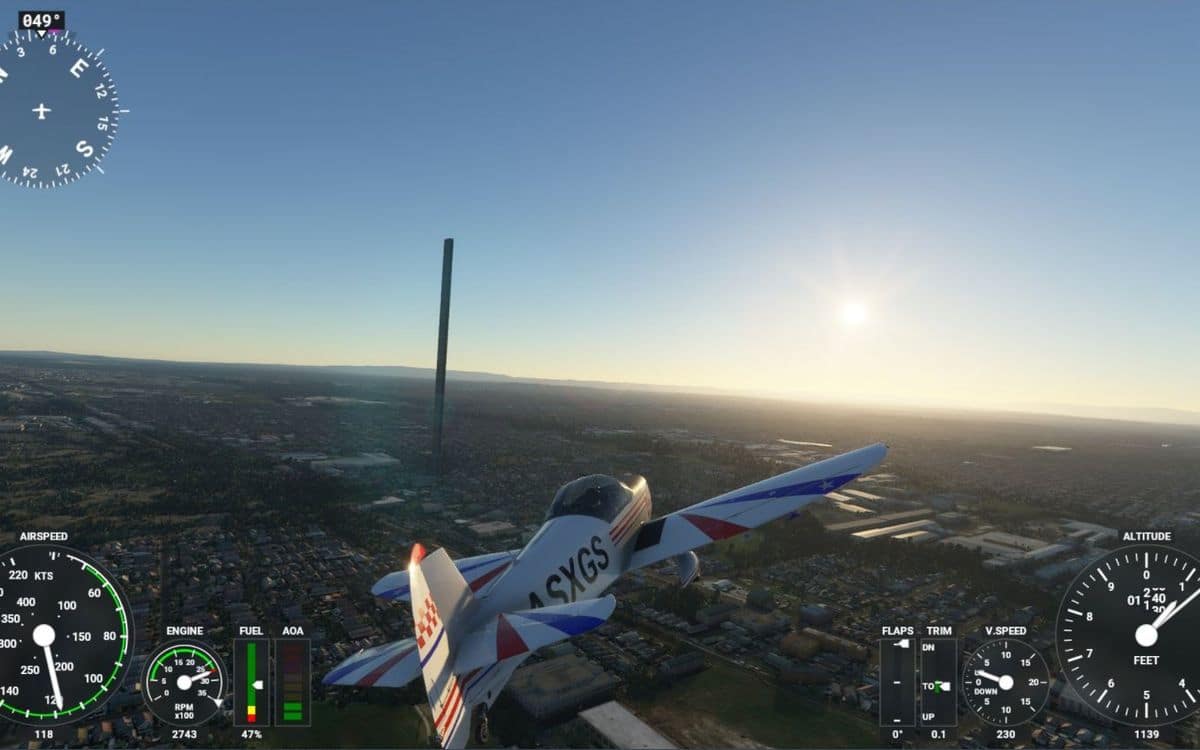 Flight Simulator has just been released and offers us the most realistic experience possible. With the entire planet having been reproduced in 3D, it is possible to fly anywhere and sometimes players find amazing things. For example, this gigantic building that seems to come straight out of Half Life 2 in the middle of nowhere.

Flight Simulator, developed by the French studio Asobo, allows you to fly over the entire planet, faithfully reproduced. It is even possible to pass over your house! With such a playground, it’s normal to find some fun little things in the landscape. Users have also chased the funniest mistakes, such as this gigantic 212-story monolith in Australia.

In Microsoft Flight Simulator a bizarrely eldritch, impossibly narrow skyscraper pierces the skies of Melbourne’s North like a suburban Australian version of Half-Life 2’s Citadel, and I am -all for it- pic.twitter.com/6AH4xgIAWg

Some players flew over Fawkner, a small town in the suburbs of Melbourne, and saw something astonishing: a titanic black building which is furiously reminiscent of the citadel of Half-Life 2. Some believed in a graphic bug at the beginning, a glitch, but no. It is indeed a model building and it’s even possible to land on it if you have the skills.

This building does not exist. A simple Google Maps search informs us that Fawkner is a peaceful residential area made up of houses.

Going to the address of this gigantic building in Street View, we do not see than a small pavilion as there are hundreds in the area.

But then what happened?

Asobo Studios did not reproduce planet Earth by hand. The developer has indeed used Open Street Map data to design its simulator, the AI ​​modeling the buildings on top of the map. Twitter user Liam O indicates that the presence of the monolith is the result of a simple typo.

A user named Nathan Wright had indeed modified the data of the building concerned, indicating that the construction had 212 levels instead of 2. A simple typo. The error was subsequently corrected, but was indeed used by Asobo for its simulator, resulting in this unreal building. It’s unclear if it will be removed in the future, but it is a lot of fun for players who track down other funny little mistakes.

A year ago, “nathanwright120” made an edit to @openstreetmap, adding a tag that indicates that a building in the suburb of Fawkner in Melbourne, Australia, had 212 floors instead of 2. All his other edits of openstreetmap seem legit, so it appears to have been a typo… (1/2) pic.twitter.com/Mwh1LBu3ap

For example, some have noticed that Buckingham Palace has been replaced by a bleak office building. 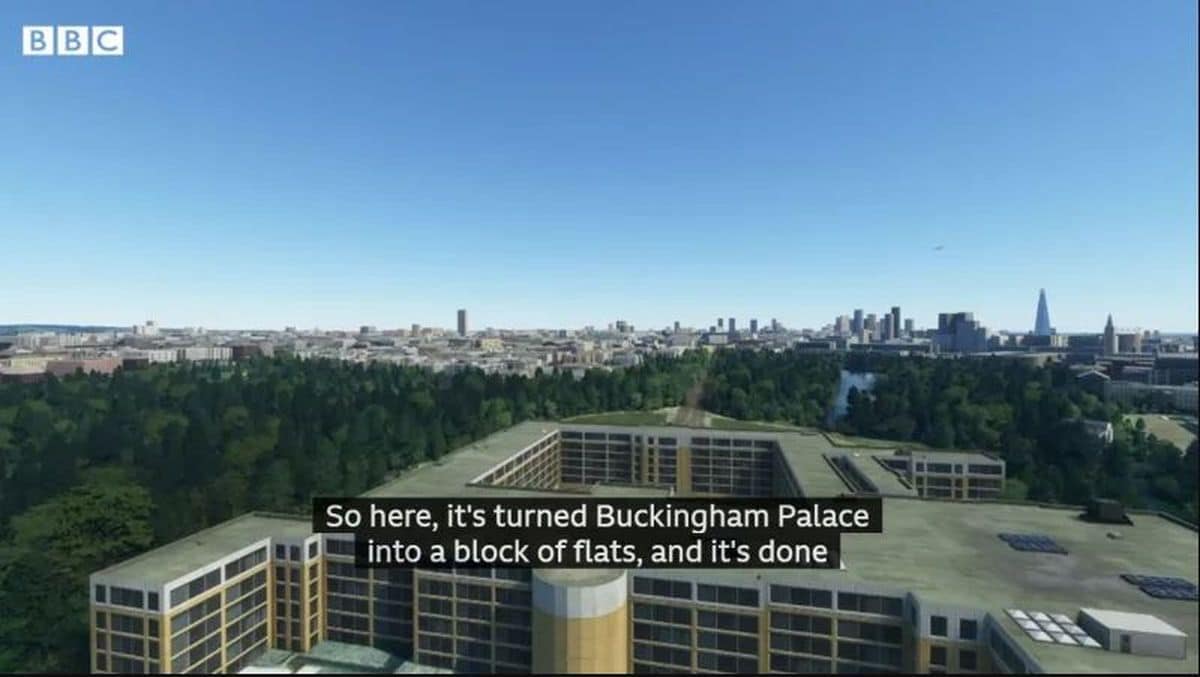 Likewise, the engine does not know how to model palm trees, which transforms them in somewhat strange obelisks.

By far my favorite Microsoft Flight Simulator quirk is that it doesn’t know how to handle palm trees, so Southern California is full of these terrifying obelisks jutting forth from the pavement like so many teeth. pic.twitter.com/OqkmuSfimn

And you, have you noticed any funny little things in Flight Simulator? Tell us in the comments !