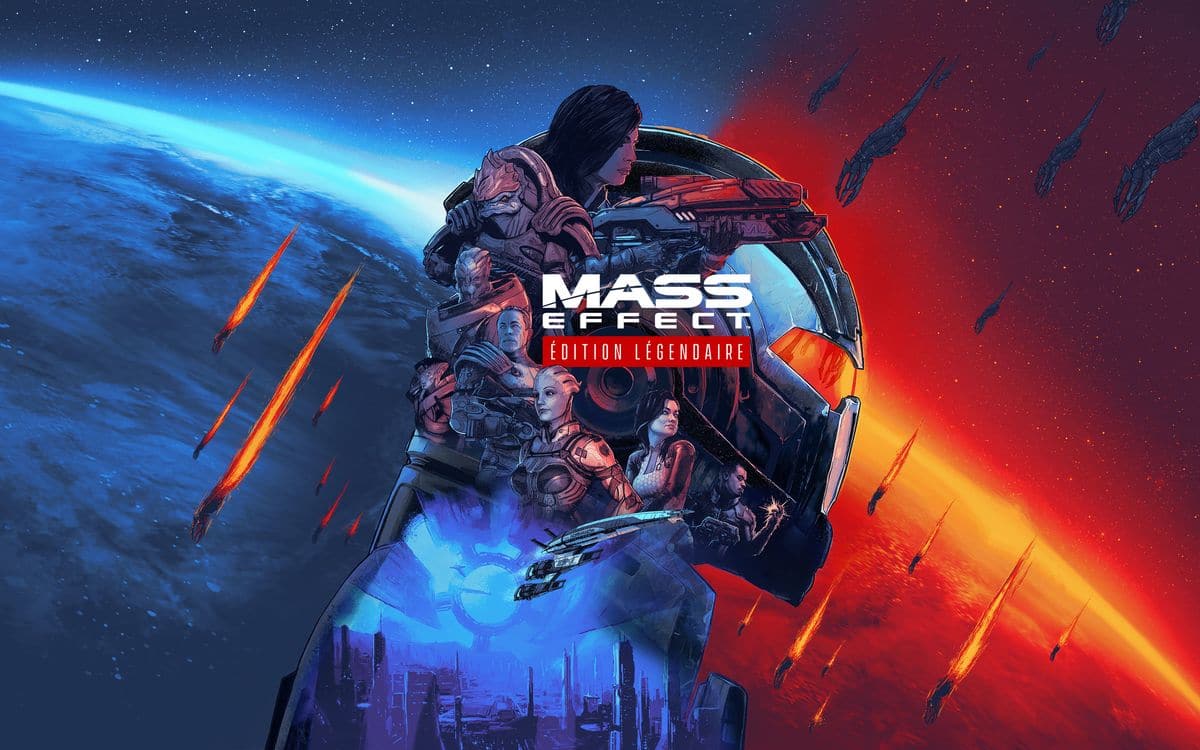 The Mass Effect trilogy is one of the mainstays of action RPGs in the video game world. It returns this year in a redesigned version adapted to modern configurations. A very careful update, but which is however careful to take risks. The result is a very pleasant game to (re) discover.

Restoration work is always tricky in the world of video games. Adapting an old title to today’s standards can ask a thousand questions. Should we be content with graphic smoothing? On the contrary, should we rework the visual in depth, even if it means risking betraying the original work? Similarly, should we review gameplay that may have become too archaic? This is the puzzle Bioware tackled with the remaster of his Mass Effect trilogy.

A true monument of action-RPG games, the saga that began in 2007 is now endowed with a new version called Mass Effect Legendary Edition. There is no question here of offering a complete remake, as Capcom was able to do with Resident Evil 2 and 3 or Square with FF7, but rather an update of the original works with better graphics.

Changes above all technical, but accompanied various gameplay adjustments, especially for the first part. Unification work has also been promised. A successful restoration or a simple remaster that is as lazy as it is opportunistic? We will see it all.

Before getting to the heart of the matter, let’s clarify that this test was carried out on a PC version. The latter goes through Origin, the launcher of EA. We ran it on a fairly recent configuration (with an RTX 2070) at 1440p, but also with an older configuration (GTX 970) at 1080p. In both cases, the title is smooth with all graphics options enabled.

Mass Effect Legendary Edition was released on May 14, 2021 on PS4, Xbox One, and PC (via Steam or Origin). Note that it is also possible to play it on PS5 and Xbox Series X thanks to the backward compatibility. It can thus shoot in 1440p at 120 FPS on the Microsoft console and in 4K 60 FPS on that of Sony. The title is sold at a high price, since it costs 70 euros on consoles and 60 euros on PC.

Mass Effect has the right to a second youth

Bioware had to do in-depth work to modernize its saga, by taking up each element and adapting the resolutions. Successful bet on this point, since the three games benefit now textures in 4K, HDR support and improved lighting effects. We are not in front of a graphic slap (Mass Effect never has been), but the result is convincing for 2021.

Mass Effect 2 and 3, released in 2010 and 2012 respectively, logically benefit from better graphics than at the time, but Mass Effect 1 wins the most in this Legendary Edition. The title is now very clean and a gap separates it from its first iteration released in 2007. The sets, the costumes, the faces, everything has been revised. Bioware even achieved the feat of not distorting the title while scrupulously respecting the artistic direction. This is not the first Mass Effect that we have in front of us, but the memory we kept of him and that is very strong.

All three games now offer essential options in 2021, Such as maximum 4K resolution, compatibility with 21: 9 widescreen displays, or a refresh rate up to 240Hz (framerate is shown to be very stable overall). A photo mode has even appeared! Let us also mention the loading times which have been drastically reduced. It’s really a pleasure to (re) discover the three episodes under these conditions.

However, all is not perfect. We regret for example sets still very empty in the first part, even if details have been added to give the change. This is particularly noticeable in the exploration phases of planets, whether on the surface or in “dungeons” which are as little visually rich as they are repetitive. Despite the graphic harmonization, there is still a real technical gap between the first and the second part. We can also point the finger at the unsupported 21: 9 format during dialogues, which is a bit of a shame.

Generally, this graphic remaster is very successful, witness to meticulous work on the part of the development teams. Mass Effect 1 is a clear winner, as the 2007 game is getting a real makeover. For this specific aspect alone, this legendary edition deserves your full attention.

In this Legendary Edition, Mass Effect 2 and 3 are exactly the same games as the original except for smoothing graphics. Mass Effect 1, for its part, has some tweaks. The fights, more tactical and slower than in its suites, have for example been slightly retouched. We gain in action what we lose in strategy, giving a “nag” side to the clashes. The latter are therefore less difficult than before, but still fail to capture the more punchy essence of the second part.

The mako phases have been redesigned. Those who have already made the first Mass Effect have inevitably railed against this exploration rover as maneuverable as a bar of soap in rainy weather. Driving the vehicle is now heavier, less hazardous and much better suited to combat. It is still very laborious, but we started from afar.

Otherwise, the first Mass Effect remains the same as then. We find this “clumsy” side of Commander Shepard who can disconcert new players (but which disappears in the suites) as well as the sometimes ridiculous animations. Also note that some bugs of the time are still present, like getting easily stuck in a wall or having disjointed characters for no reason. We had to reload a save several times because of this. A bit of a shame.

Bioware has also worked to unify the three titles. For example, all character models have been harmonized throughout the saga. Transferring saves from one game to another (sometimes a tad at the time) is also easier, since everything is centralized this time.

However, this aspect remains shy and that’s a bit of a shame. Mass Effect Legendary Edition is actually just a launcher that provides access to three files with their own options and interface. If a totally unified experience was impossible given the peculiarities of Mass Effect 1, we might have liked a more painless transition when moving from one episode to the next, but it’s really to look for the little beast.

Likewise, we will note all the same still a huge gap between Mass Effect 1 and its sequels despite the updating efforts, both in terms of gameplay and scenery.

So those who have never played Mass Effect before have a great opportunity to get started with this remaster. If you’re one of them, know that this is a third-person action-RPG focused on gunfighting. We play Shepard, commander of the Normandy starship responsible for preventing the destruction of the galaxy, just that. We move from planet to planet to find a way to save everyone in an atmosphere that is an ode to cooperation between peoples and to space exploration.

Mass Effect does not shine for its gameplay, very classic but effective, but for its writing. His universe is one of the richest in the science fiction genre, all media combined, in addition to being extremely well constructed. Likewise, the simple story is well told and the characters encountered during the adventure are all, without exception, very endearing. The saga is full of great moments to experience at least once in your player’s life. Even more, it has a consistency that is rare in video games in terms of quality. All the episodes are equally good (although the 2 is the favorite of many) and each of them has its own atmosphere. Finally, the few weaknesses have been corrected via patches over time. We obviously think of the famous conclusion of the trilogy which had caused much ink to flow at the time. New players will be in heaven, as will fans who will be able to rediscover this cult epic video game.

For this Legendary Edition, no changes have been made to the story and content. We have the same games as back then, the same mechanics, the same environments and the same music. We appreciate the presence of all the DLCs (well, almost all, only one missing due to technical concerns encountered by the development team) which allow us to deepen the universe and our relations with the various companions. Note also, you never know, that the spin-off Andromeda, released in 2017, is not part of this remaster.

Cured in every detail, Mass Effect Legendary Edition brings everything one could hope for from a remaster like this. It is a real pleasure to (re) discover this saga in conditions specific to 2021, especially the first episode which had aged very badly. A real opportunity for fans to immerse themselves in it and to discover the license for laymen. However, we can ask ourselves the question of the price of this edition, sold at a high price of 70 euros. A bit expensive for a clean smoothing course, but very wise. A success all the same.